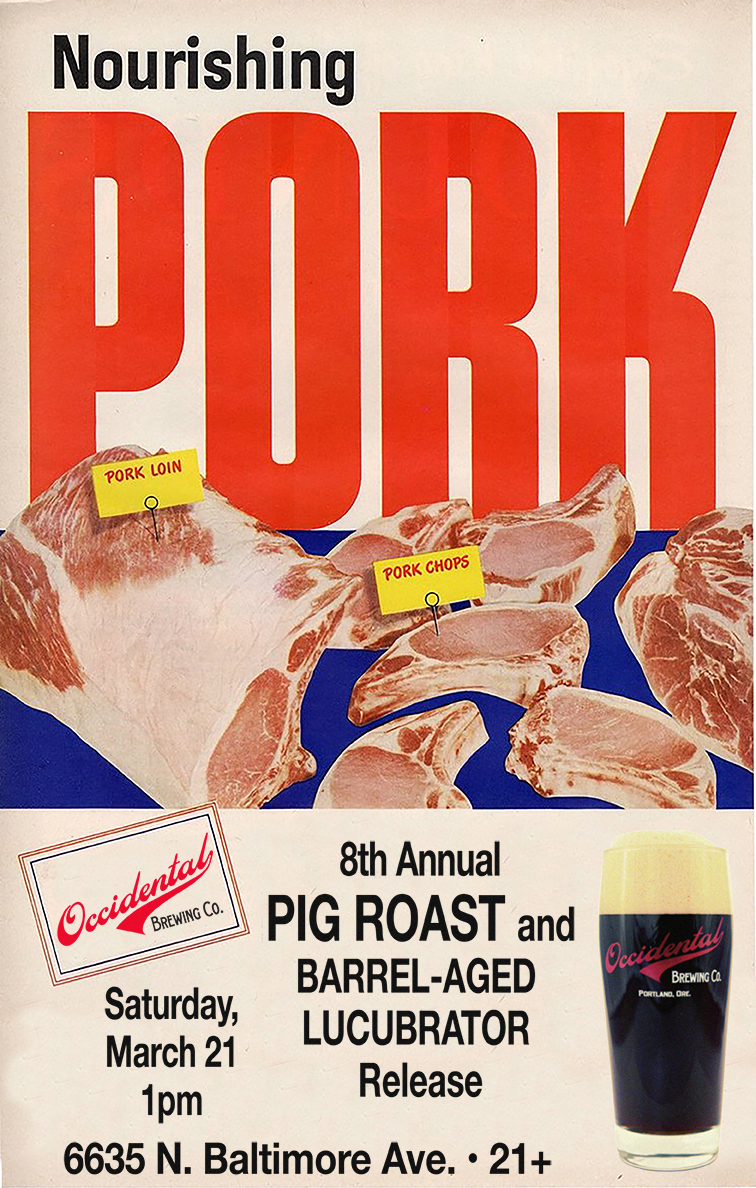 Update 3-13-2020: The 8th Annual Pig Roast & Barrel-Aged Lucubrator Release Party has been postponed and will be re-scheduled at a later date due to the Coronavirus/Covid-19 Pandemic.

Entry is free but to fully enjoy the activities, $15 will get you a smoked pork sandwich, potato chips and a pint. Or you can grab a sandwich a la carte for $10. Occidental will be releasing the barrel-aged doppelbock but will also have eleven other beers on tap.

The festivities take place on . This is a 21+ event.