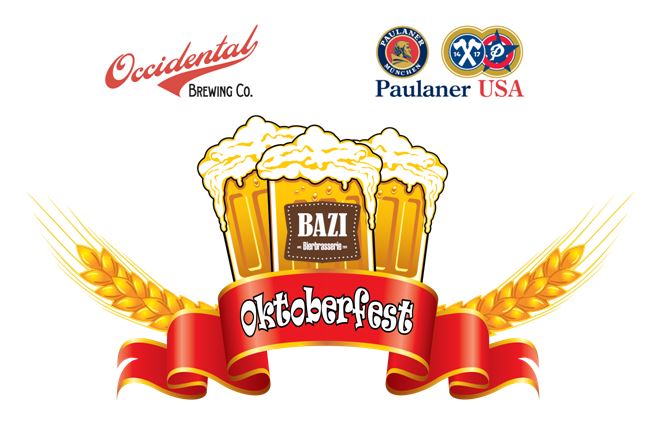 A day after Munich’s Oktoberfest comes to an end; Bazi Bierbrasserie will host a special Wurst & Bier Pairing featuring beer from Occidental Brewing Company and Paulaner USA. From 5:00-9:00pm on Wednesday, October 4th Bazi will feature a special beer lineup of German brewed beers from both Paulaner and Hacker-Pshorr alongside German influenced beers from Occidental Brewing.

Paired with this beer lineup of six beers from Occidental, Paulaner, and Hacker-Pschorr will be Altengartz Bratwurst. A pair of guys with a rich German heritage makes these sausages that are only available at Sheridan Fruit Co. The bratwurst will be simmered in each of the six beers from the pairing.

To provide a bit more flair to the evening, Bazi will host a Stein Hoisting competition at 7:30pm with sweet prizes to the top 3 finishers.

The cost of the Wurst & Bier Pairing is $15.00 and includes six 5 oz pours of beer along with the sausage pairing.