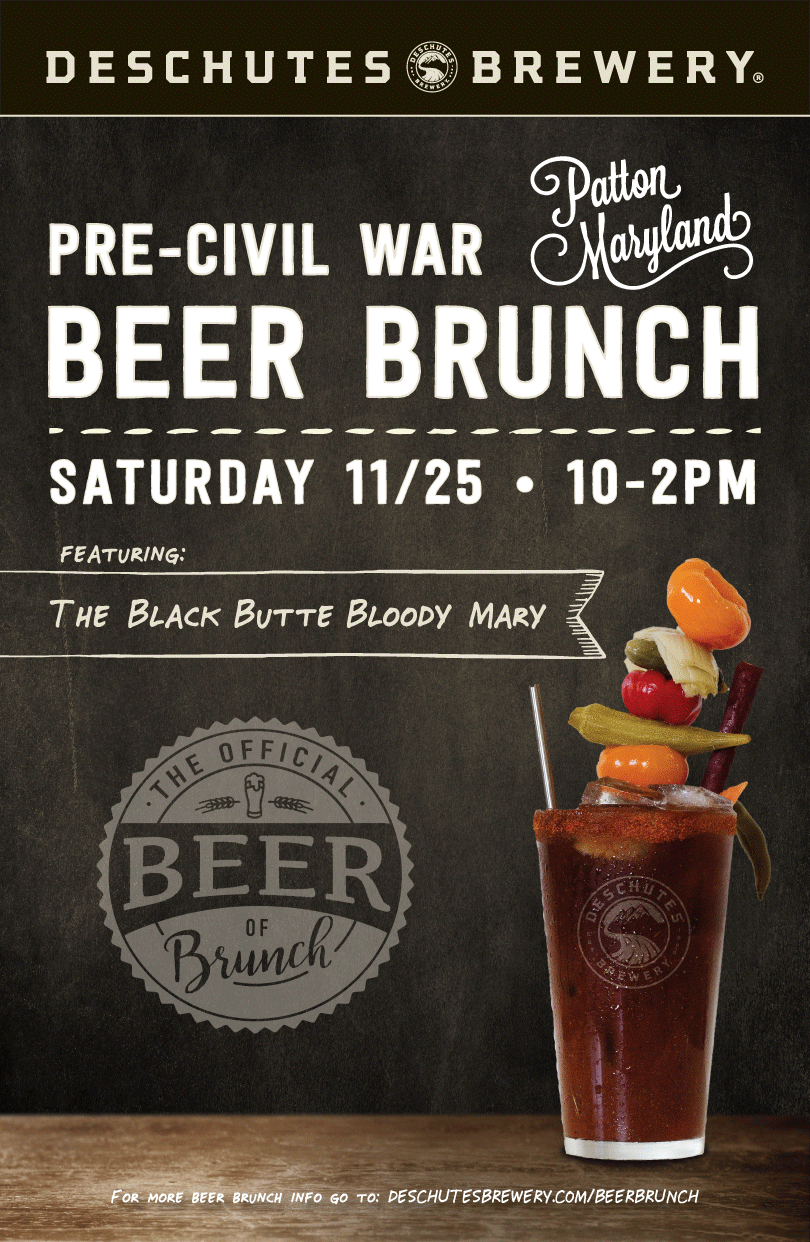 Prior to the kickoff of the annual Civil War matchup of Oregon State University taking on the University of Oregon in the intrastate college football rivalry, Patton Maryland will host a Pre-Civil War Beer Brunch. Though the kick off isn’t until 4:00pm on Saturday, November 25th, Patton Maryland has partnered with Deschutes Brewery to host a beer brunch from 10:00am-2:00pm.

Then the bar will feature a few specialty Deschutes beer cocktails like The Black Butte Bloody Mary and Cold Brew Old Fashioned! Coffee will be brewing and mimosas will be flowing and screens will be on in the bar!