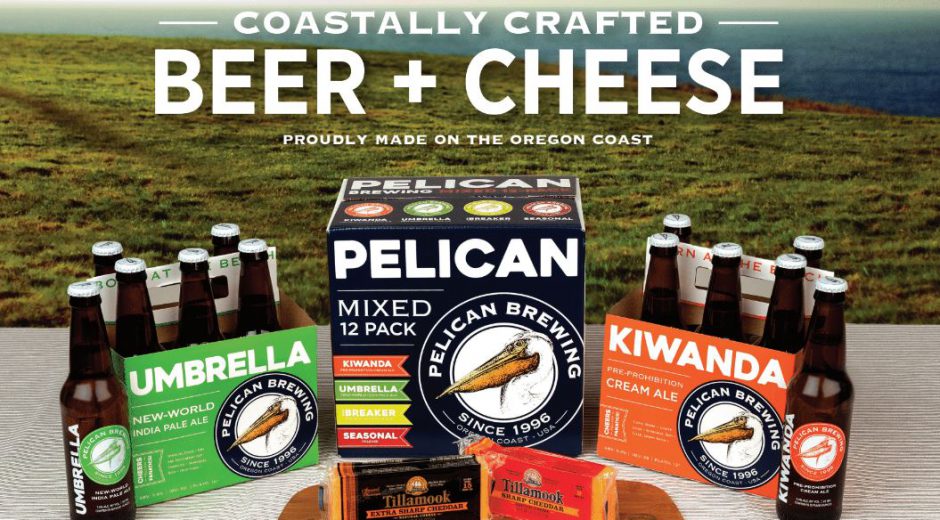 Out along the Oregon Coast in Tillamook County resides an impressive number of dairy farms, something you notice when entering the city of Tillamook on Oregon Highway 6. The county is also home to Pelican Brewing at its original location in Pacific City and its five-year-old production brewery in Tillamook.

On Saturday, April 13th, Pelican Brewing in partnership with Visit Tillamook Coast will bring together beer and cheese at its 2nd Annual Beer + Cheese Event in downtown Tillamook. Taking place inside Pelican’s bottling warehouse in Tillamook, the Beer + Cheese Event will take place from 11:00am-3:00pm.

Entry is very reasonably priced at $15 per person (21+ only) and includes a taster glass, tote bag, and 10 taster tokens.  Extra tokens can be purchased for $1 each. All proceeds from the event will go to Tillamook’s own, Food Roots!