This past spring Portland Brewing inherited an old brewhouse that had been used at the former Pyramid Alehouse in Sacramento, California that now allows the longtime Portland brewery to brew on a much smaller scale. This 2 BBL brewhouse is perfect for Head Brewer Ryan Pappe to experiment on, as his main system is a very large 125 BBL system that pumped out about 99,000 barrels this past year.

The inaugural beer was ‘Round the Block Belgian-Style Golden Ale that benefited the Audubon Society of Portland. Then two months later in June the second beer in this series was released, Pier Park Piney Pale Ale benefitting Friends of Pier Park. This beer can still be possibly found in the St. Johns area at Your Inn Tavern, Ranger Tavern, Fixin To, Chill n Fill, Plews Brews, and Skyline Tavern. 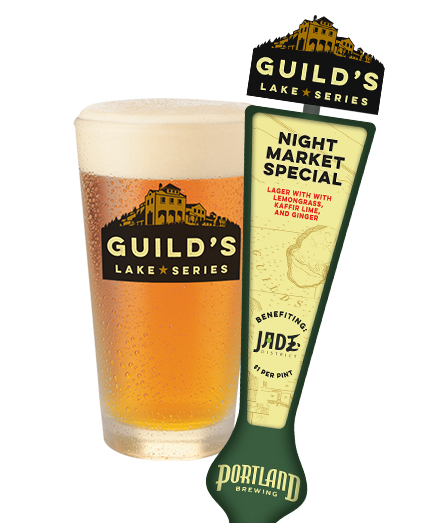 Night Market Special Lager is an Asian-spiced Lager brewed with lemongrass, kaffir lime leaves and ginger. Citrus notes swirl across the nose and tongue as a subtle spice from the ginger rounds out the experience. At a pleasant 5.6% ABV, this five week lagered beer features Pilsner, Carapils, Munich 20 Malts and Liberty Hops.

“Inspired by the flavors and aromas of the rich food heritages throughout SE Asia, I created a light-bodied lager that is bright and refreshing,” explains Portland Brewing head brewer Ryan Pappe. “Crisp, lemony, spicy and quenching, I hope this beer is the perfect companion while exploring the sights, sounds and smells of the Night Market this August.” 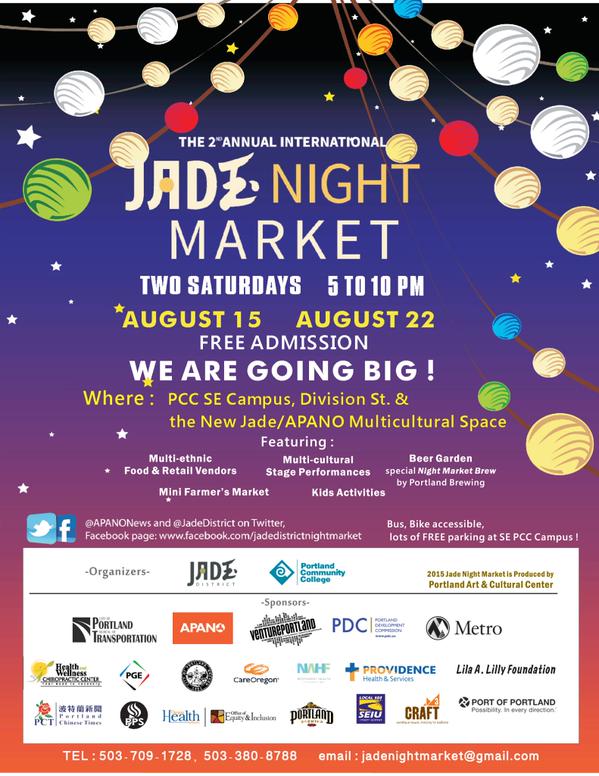 The Night Market Special Lager is only available for a limited-time, and can be found at the Jade International Night Market, Portland Brewing’s Taproom, and select Portland-area bars and restaurants. It’s the third beer in the Guild’s Lake Series, with others in the works. Look for the next Guild’s Lake Series release in October with Rico Sauvie Pumpkin Ale made with fresh pumpkins from Sauvie Island.