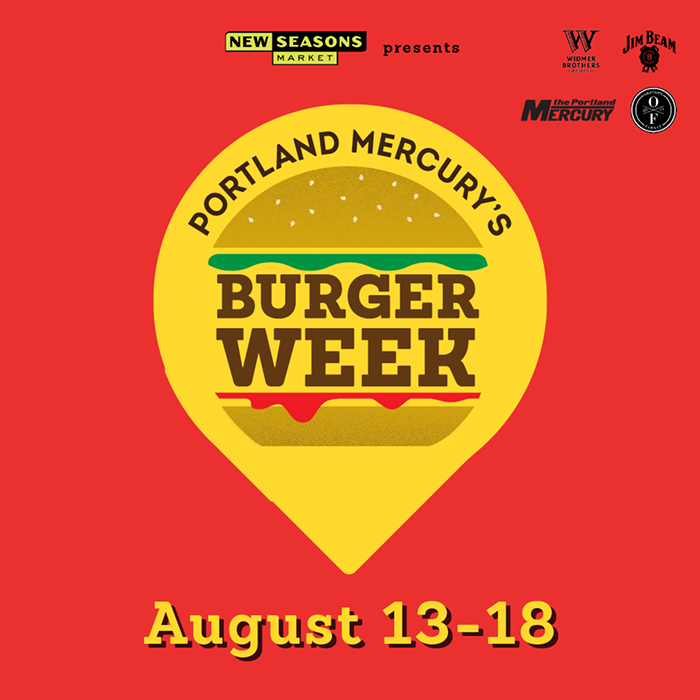 Fans of juicy, mouth-watering burgers will rejoice when Portland Mercury’s Burger Week returns from August 13-18, 2018. This year there will be five breweries amongst the other restaurants participating in this six day run of $5.00 burgers! Add a delicious beer and you have yourself a great meal.

Leading the pack of breweries is Lompoc Brewing and its three locations. Look for the Beirut Burger at Fifth Quadrant (3901 N Williams Ave.); the Umami Burger at Lompoc Tavern (1620 NW 23rd Ave.); and the LSD BBQ Burger at Oaks Bottom Public House (1621 SE Bybee). All three burgers will be available each day beginning at 11:00am.

The LSD BBQ Burger at Oaks Bottom Public House gets its name and flavor from the brewery’s Lompoc Special Draft (LSD) Ale. The burger features a seasoned beef patty nestled on a massive scoop of house-made slaw, topped with LSD-dosed onion straws and smothered with LSD BBQ sauce. Served on a pub bun and guaranteed to delight.