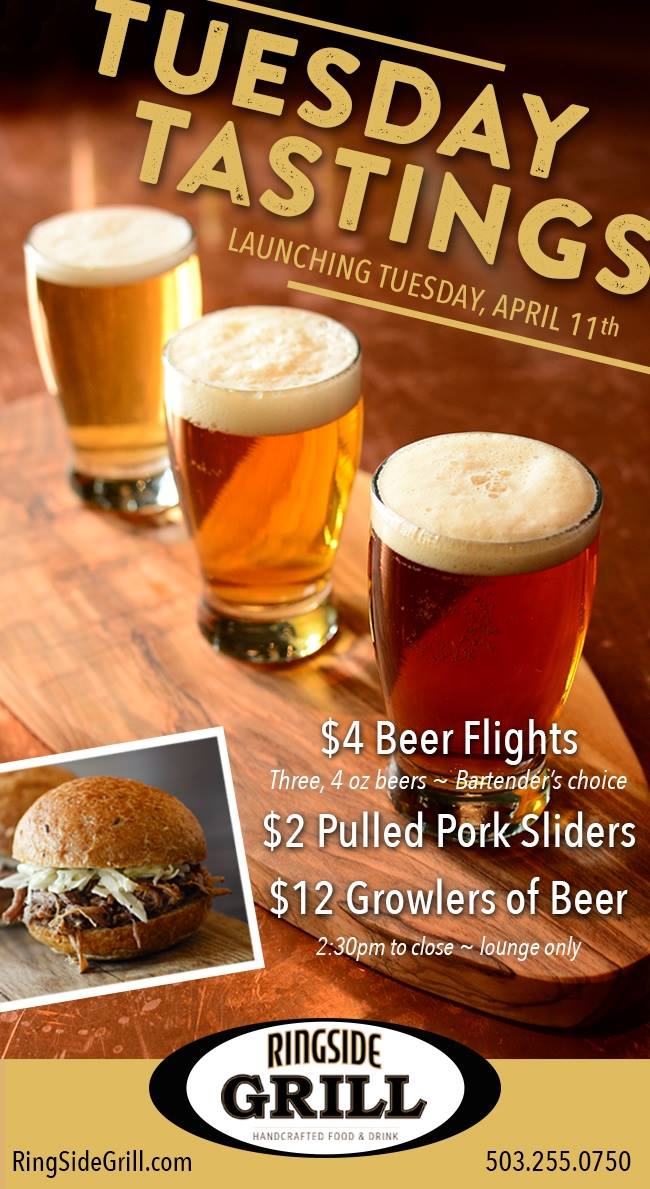 After a round of golf at Glendoveer Golf Course a stop at RingSide Grill Is a common occurrence. But now on Tuesday’s there’s a reason to travel out to eastern Portland to take advantage of the new Tuesday Tastings at The Grill from 2:30pm to close in the lounge every Tuesday.

The Tuesday Tastings at The Grill includes:

All of this is in addition to RingSide Grill’s amazing happy hour (daily from 2:30 p.m. – 6 p.m. and 8:30 p.m.- close). The Grill’s bar manager Geoffrey Rich has curated an impressive selection of craft beer, wine, cider and cocktails, and is excited to launch the Tuesday Tastings to highlight some unique craft beers on tap.