Rogue Ales has recently added a new family member to its lineup of Rogue Farms grown IPAs. Previously Rogue has released 4 Hop IPA, 6 Hop IPA, 7 Hop IPA and 8 Hop IPA. Now to make this family a bit more complete Rogue introduces 5 Hop IPA. This new IPA is a bit of an outlier or black sheep if you will, as it is a black IPA or somewhat better known in these parts as a Cascadian Dark Ale. Later this month Rogue will officially launch both beers with a Rogue Hop Experience dinner in Portland and Newport.

“We wanted to put a twist on our hop family of IPAs, and feature not just the hops we grow but also the barley we grow, malt and roast ourselves,” said Rogue President Brett Joyce in a news release. 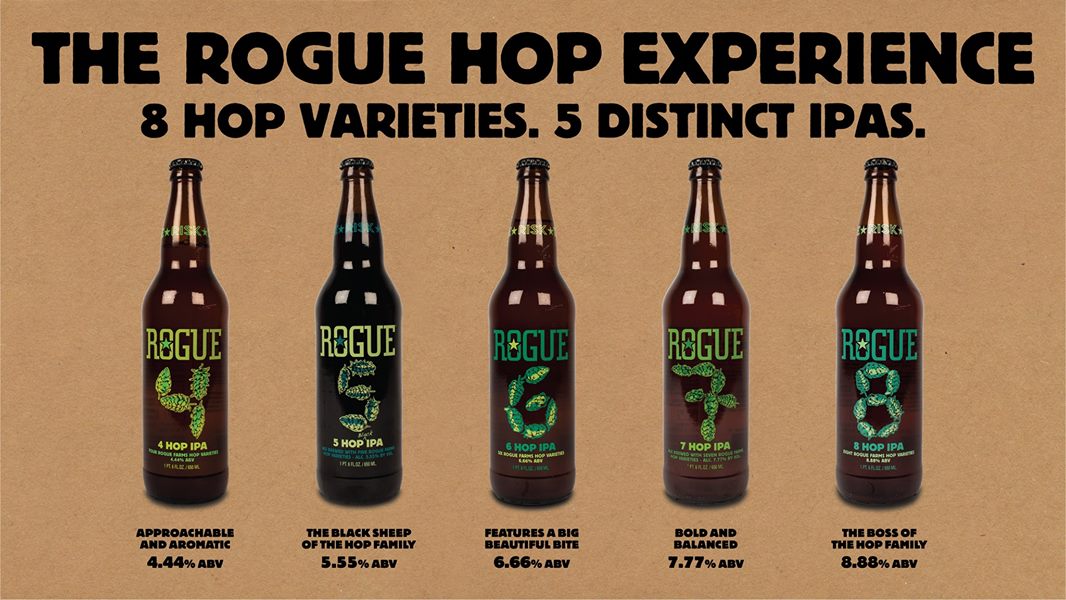 The Rogue Hop Experience Dinner at Rogue Ales Distillery & Public House
Experience Rogue Hops at the Rogue Ales Distillery & Public House on NW Flanders in Portland, OR on Wednesday May 24th from 6:00 to 8:00pm. This ground-to-glass five-course pairing takes you through the eight varietals of hops grown at Rogue Farms hopyard with five distinct IPAs each paired with a dish to highlight the beer and food. Tickets are $35.00 each and can be purchased here. If you present your Rogue Nation ID upon arriving, you will receive a $6 Hopoe to put towards your next Rogue experience. This event is limited to 20 seats total.

A similar Rogue Hop Experience Dinner will be held on Wednesday, May 31st at Rogue Ales Brewer’s On The Bay in Newport, OR. Tickets can be purchased here.