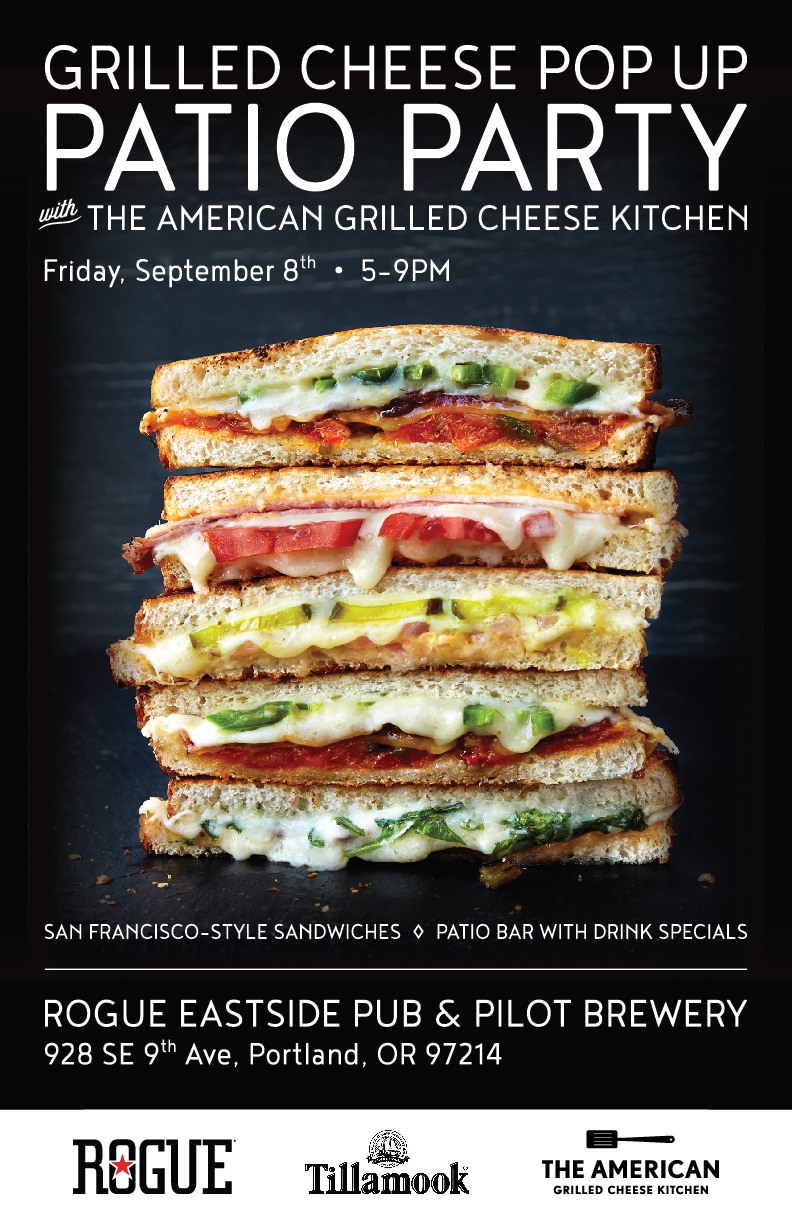 On Friday, September 8th, Rogue Eastside Pub & Pilot Brewery will once again be hosting a patio party with a pop-up restaurant in its newly updated outdoor space. From 5:00-9:00pm Rogue will be hosting The American Grilled Cheese Kitchen from San Francisco, California.

Known for its famous grilled cheese creations and its perfect companion, Smoky Tomato Soup, The American Grilled Cheese Kitchen will be serving four of its favorites on Friday evening.

Also taking place the same night is the official tapping of Promise Garden IPA. For every pint sold $1.00 will go towards the Portland Walk to End Alzheimer’s and its efforts to spread awareness and search for a cure for a disease that effects 5 million Americans, including 62,000 Oregonians.