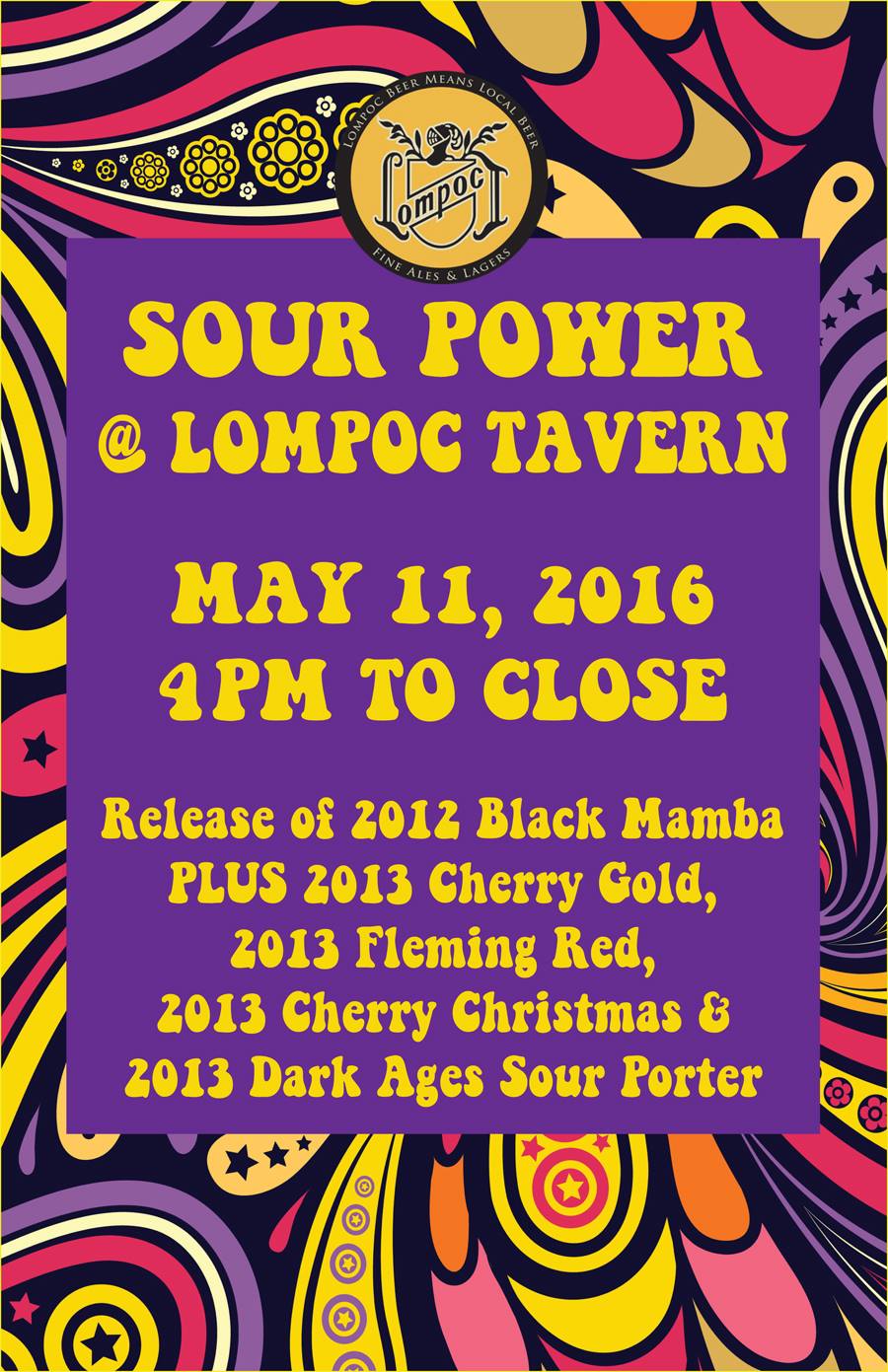 Tonight Lompoc Tavern is going all sour for its Sour Power Night. Beginning at 4:00pm Lompoc Tavern will be featuring the release of 2012 Black Mamba that was aged for two years in Heaven Hill Distillery bourbon barrels with 45 pounds of sour cherries. Lompoc will also be pouring taster trays of 2013 Cherry Gold, 2013 Fleming Red, 2013 Cherry Christmas, 2013 Dark Ages Sour Porter and Black Mamba. Beers will also be available individually by the glass.

2012 Black Mamba Description
The beer was aged for two years in Heaven Hill Distillery bourbon barrels with 45 pounds of sour cherries. Pitch black in color with an aroma of tobacco, leather and cherries, it has flavors of chocolate, oak and cherry, finishing with a slight sourness. 4.5% ABV.

Beyond the beers, Lompoc has also pulled together a three-course meal to pair with the beers from its Chef Mike. The meal features: