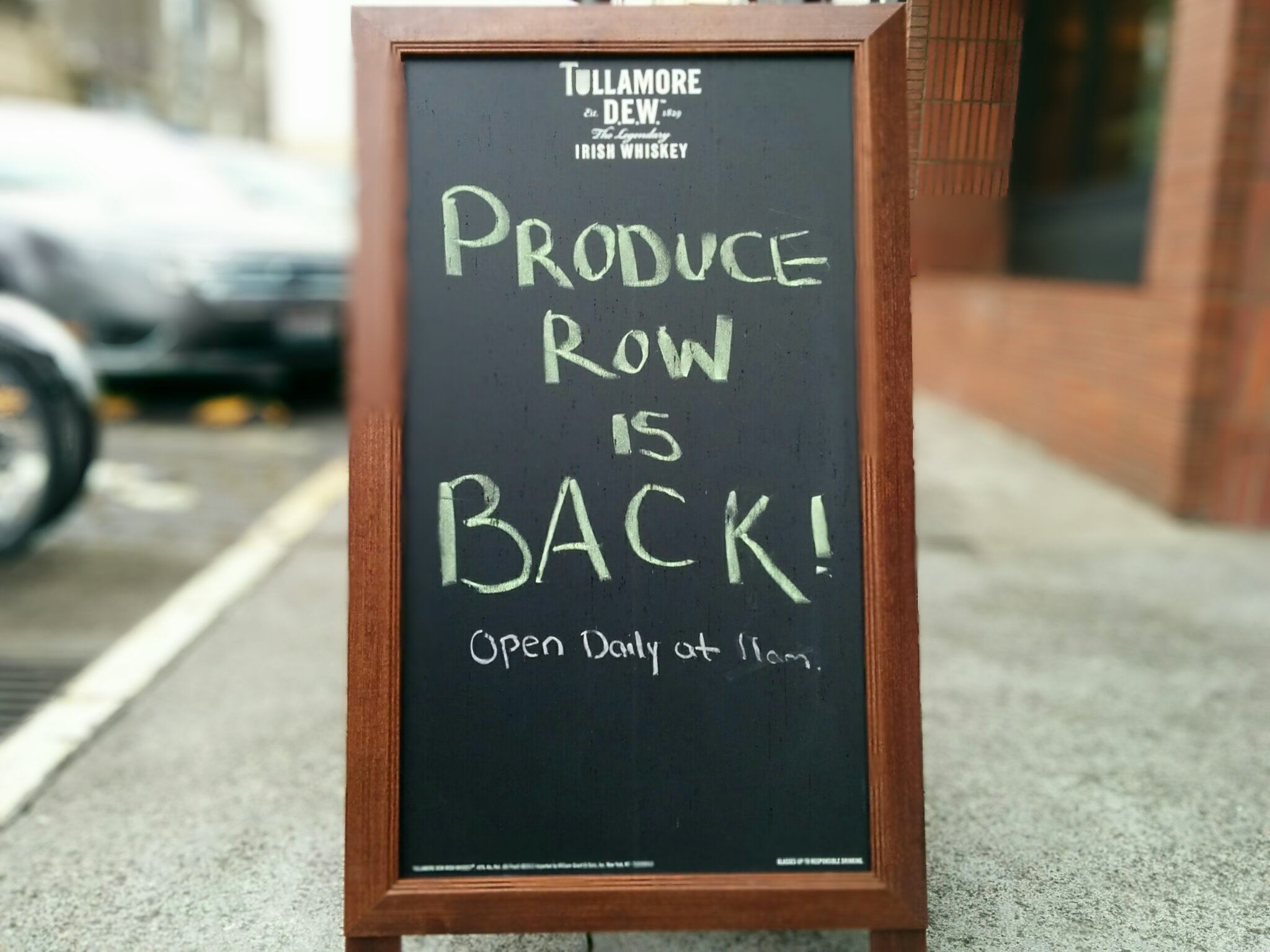 Late last summer we were shocked to hear the news that the legendary Produce Row Café was set to close on September 2nd. At the time, the current owner Alan Davis decided to shut down the place that he had owned for the past half decade. To mark this somber occasion we paid a last visit to the place that was at the forefront of craft beer before the micro brewing explosion of the early 1990’s.

But the history of Produce Row Café as a drinking establishment began back in 1974 when Mike McMenamin converted the former breakfast spot into a bar to serve the rough Southeast Portland Industrial District. A few owners later when Davis took over ownership he spruced the place up quite a bit during an extensive remodel. However, not everyone appreciated this improvement. Along with it came some higher prices that we currently see all across Portland. Word was that Davis closed Produce Row to be able to take care of some personal issues all the while continuing to operate his latest venture, Multnomah Whiskey Library.

Now eight months later a new ownership has come in to revive the dormant Produce Row Café. This new ownership has a strong history in operating restaurants and bars throughout Portland. This group owns Circa 33, North 45, Paddy’s, The Station and the new Cadillac Café. This strong footing in the service industry should make for an easier transition in Produce Row’s reopening.

Yesterday we paid a visit to the newly reopened Produce Row on its opening night under the new ownership. Except for a thorough cleaning not much if anything at all has changed since the business shut its doors last year. The fabulous outdoor seating is still intact and ready for the warmer months ahead. A similar Food Menu is being offered along with decent Happy Hour Menu that offers both food and drinks discounts daily from 4:00 to 7:00pm. The extension until 7:00pm is a nice gesture. The Happy Hour food menu includes the common basics such as tots, fries, chili, salad, nachos and mac and cheese.

But when it comes to libations this is where Produce Row excels. There are 24 rotating taps that covers the gauntlet of beer styles. The one intriguing aspect of its Beer Menu is that the beers are listed in order of their IBU, from lower IBU to higher IBU. Still a bit unsure about this way of listing beers. IBU ratings can vary dramatically from brewery to brewery but it is an interesting and unique way to arrange a beer menu.

Produce Row was wise to bring in the gentlemen that helped launch the venue’s original Beer and Whiskey Pairings, local whiskey expert Stuart MacLean Ramsay. The café is offering seven Beer and Whiskey Pairings on the full menu along with a special Happy Hour pairing. On our visit we chose the “Ramsay Recommends” pairing that consisted of Ramsay Dram WhiskyBack Gold and Henry McKenna Single Barrel from Heaven Hill. This pairing was quite pleasing and fairly priced at $8.00. We then went a bit lowbrow with the Happy Hour pairing of George Dickel Rye paired with a Trumer Pils. For $6.00 its not a bad pairing but the our first pairing was much more memorable and well worth the additional money paid.

Overall we were very pleased with our visit to the newly reopened Produce Row. As more things continue to open in the Inner Industrial District, this will accent the other restaurants and bars quite nicely.