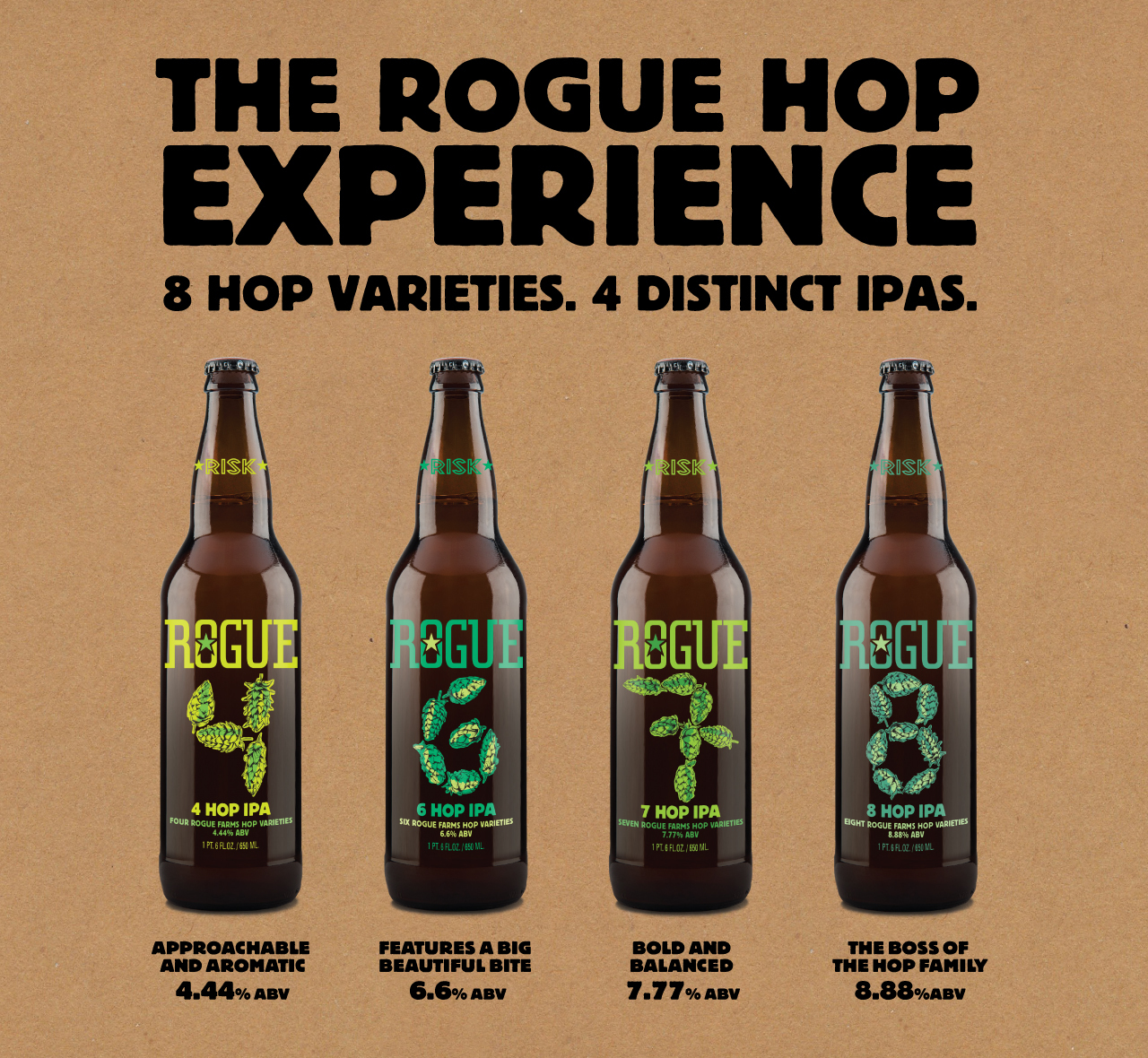 Last month the Green Dragon changed over to the newly branded and remodeled Rogue Eastside Pub & Pilot Brewery. The renovated spot that is redecorated and a bit more inviting now boasts the corporate entity of Rogue Ales whose headquarters are across the street. Prior to this change we interviewed Rogue President, Brett Joyce on the reasons and thoughts on why this change was necessary for the craft beer bar that Rogue purchased in late 2008.. (This can be read here.)

On Thursday, January 12th, experience Rogue grown hops at the new Rogue Eastside Pub & Pilot Brewery with a beer and food pairing. This ground to glass four-course pairing takes you through the eight varietals of hops grown at Rogue Farms hopyard with four distinct IPAs each paired with a dish to highlight the beer and food. The seating for this dinner can take place anytime between 5:00 and 8:00pm.

Tickets to the dinner are $40.00 each and can be purchased here along with additional details.