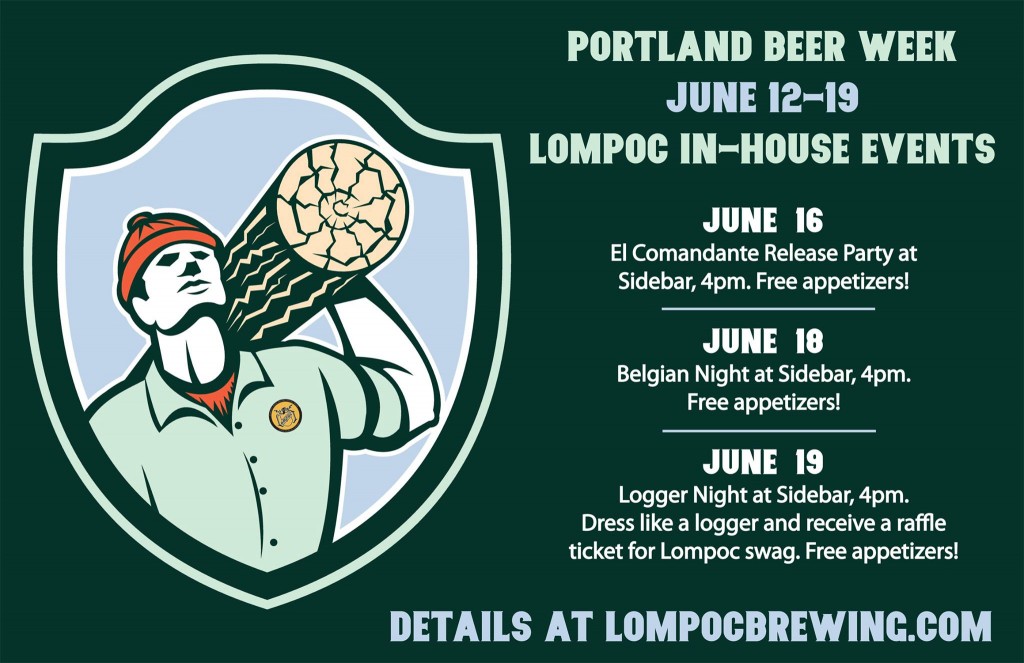 Lompoc Brewing has a slew of events lined up over the next week that with events from June 12-19. Many of these events will be held at Sidebar but a few of its beers will be featured at a few other events around town. A few of these events include the Rye Beer Fest, Fruit Beer Fest and a dinner at Radio Room.

Friday, June 12: Lemon Rye-zhome will be a featured beer at the Rye Beer Fest at EastBurn.

Tuesday, June 16: Beer Whiskey Cigar Dinner at Radio Room. Beginning at 7pm this evening will feature a four course meal with Lompoc beer and High West Premium Whiskey pairings. At the end of the night you can enjoy a handcrafted cigar. Cost is $69 per person, limited availability. Tickets available at 503-287-2346 or info@radioroompdx.com.