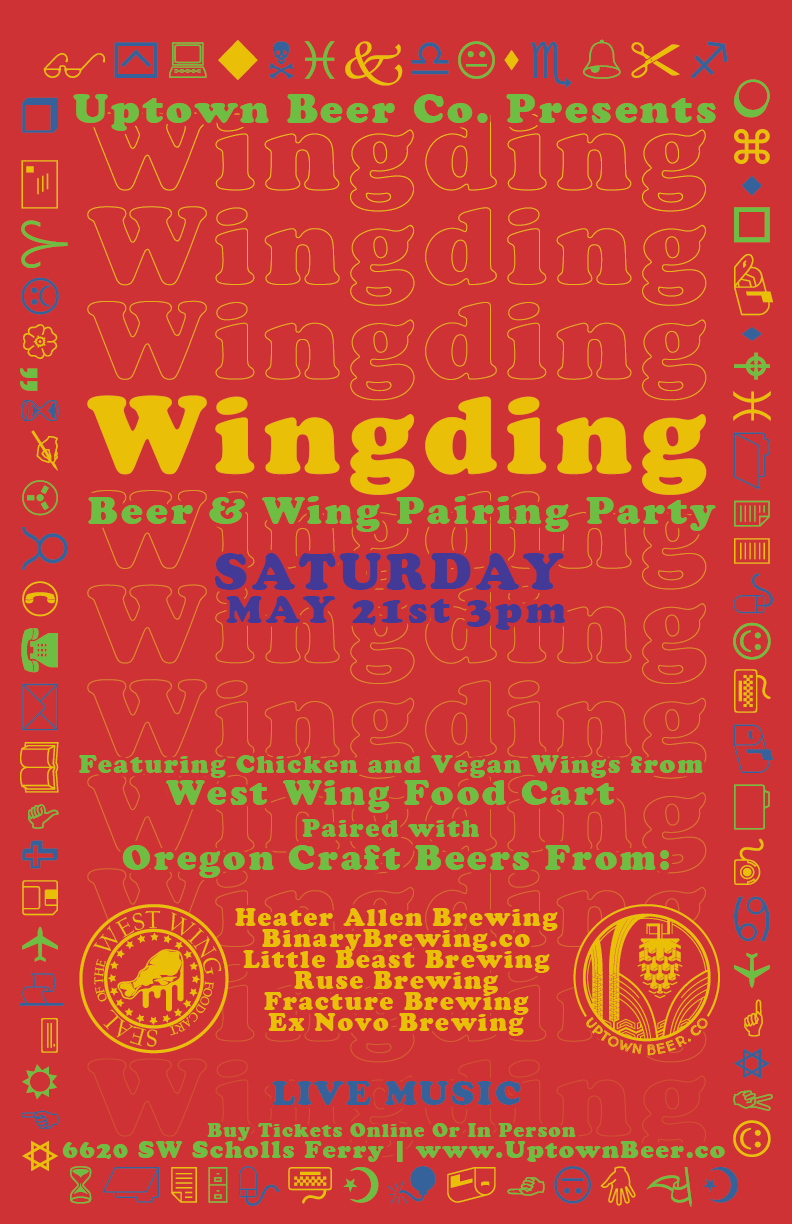 A few months back, Uptown Beer Co. added a new food cart when Sure Shot Burger left the beer purveyor’s parking lot. Now with a growing fan base, West Wing is set to team up with Uptown Beer Co. for Wingding Beer & Wing Pairing Party on Saturday, May 21, 2022.

This new wing and beer pairing event will bring together six local breweries each paired with a chicken wing featuring one of West Wing’s amazing sauces. From spicy to sweet, tangy to tart we will be exploring a wide range of beer styles and classic to unique sauces.

West Wing Food Cart started in March at Uptown Beer Co. and features over 14 house-made sauces.  These sauces are generously tossed to perfectly fried Chicken or Vegan wings. Wings aren’t the only thing; West Wing is becoming known for their fantastic sides and sauces.

The event will take place on Uptown Beer Co.’s Beer Garden patio, which is now all ages! With a huge clear tent and fire heater, the Wingding will be happening rain or shine. Grab the dog and bring the whole family down to enjoy a day of craft beverages and wings. Live Music will be provided by long time Uptown favorite Gabe Hess (http://www.gabehessentertainment.com).

Tickets are available at Uptown Beer Co. 6620 SW Scholls Ferry or online at www.uptownbeer.co and are $20.  You may choose between Chicken and Vegan wings for your pairing. For each pairing, guests will enjoy a wing tossed in the signature sauce and a 4oz sample of the paired beer.  The Wingding will start at 2:30 and run until 5pm.