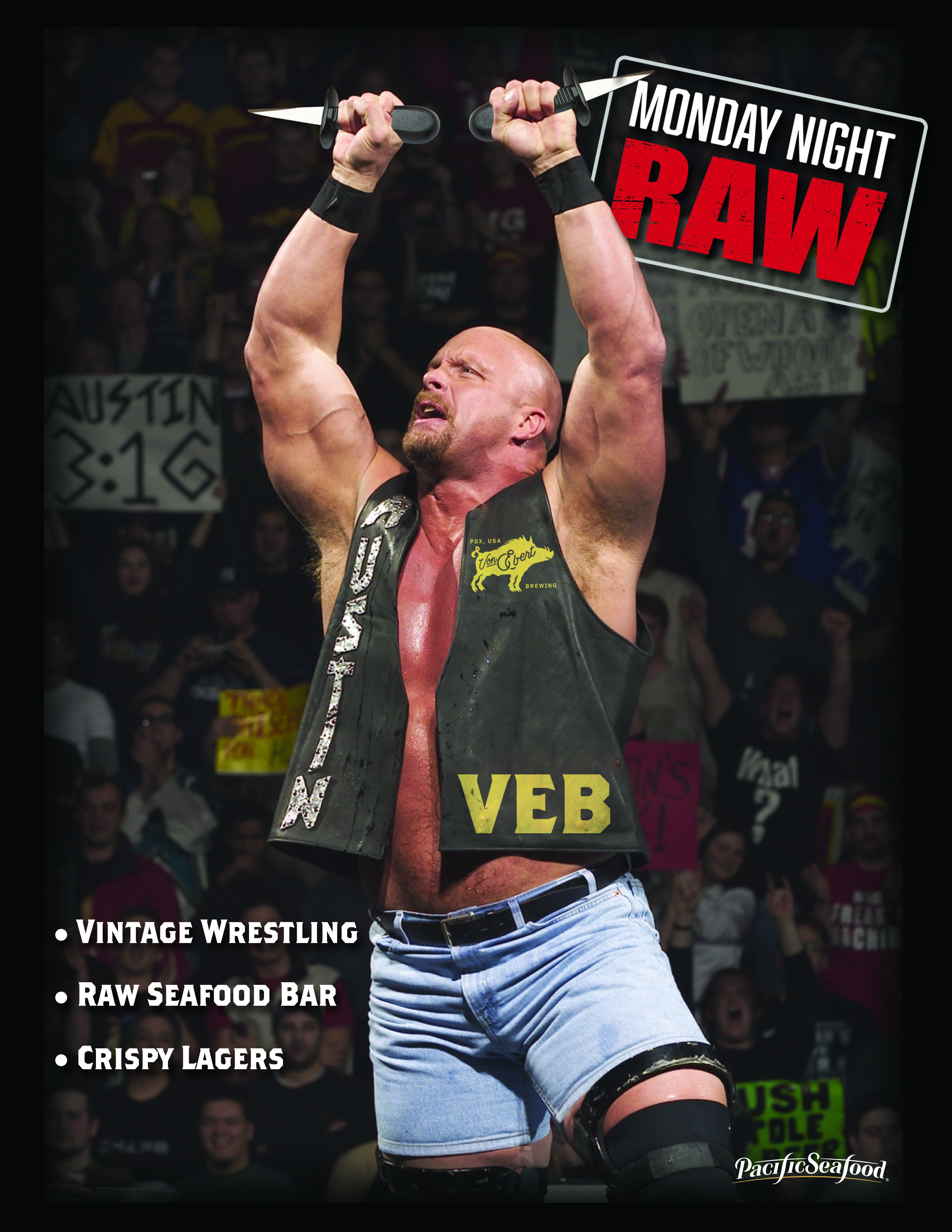 In time for summer Von Ebert Brewing will be bringing Monday Night RAW to its Pearl District location. Yes, vintage wrestling on the big screen and a full Raw Seafood Bar each and every Monday this summer.

Chef Jackson Wyatt will be bringing the cream of the crop when serving up Oysters on the Half Shell all daylong each Monday. Then from 3:00pm until close, Von Ebert will be serving up its VEB Pilsner at $1.00 off.