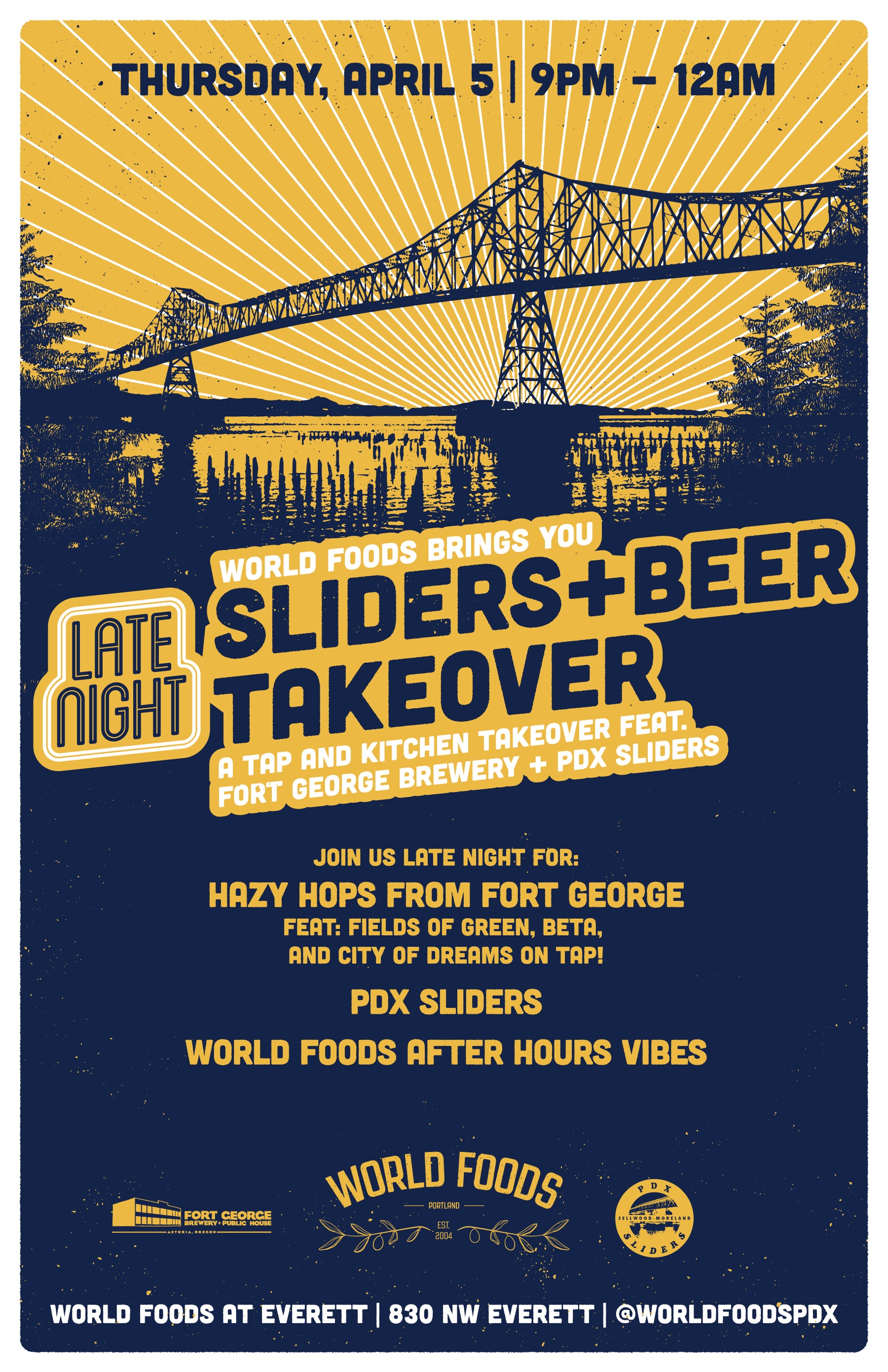 Taking place on Thursday, April 5th from 9:00pm-Midnight, Late Night Sliders+Beer will include a tap list of Beta 3-Way IPA, Fields of Green, and City of Dreams. PDX Sliders will prepare its famous and tasty sliders. Plus Espresso Chocolate Cookies will make its return!

Best of all, everything is $5.00 during this event. This includes $5.00 beers, sliders and wine pours!