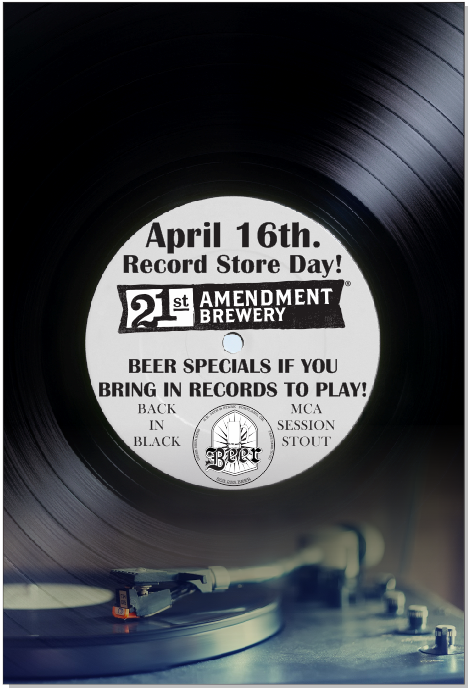 In the coming weeks Beer on SE Stark will host a few craft beer events. On Saturday, April 16 it will be Record Store Day with 21st Amendment and then on Thursday, April 28 will be Corvall-Us that will feature beers from Corvallis.

Record Store day returns on Saturday, April 16 and the folks at Beer are not going to be left out of this great event as the welcome 21st Amendment all day long. Beer will be pouring Back in Black and MCA Session Stout as well as 54º40 Brewing Broken Record IPA. Bring in a record that you purchased earlier that day and Beer will be offering $4 pints of these three beers. You can also play your favorite tune on their record player!

Also on Saturday is an art show with Ely and Joshua Gurfinkiel that will feature their paintings, prints, and t-shirts. Their art work will be hanging and will be for sale the entire weekend. Come by and support these awesome local artists! 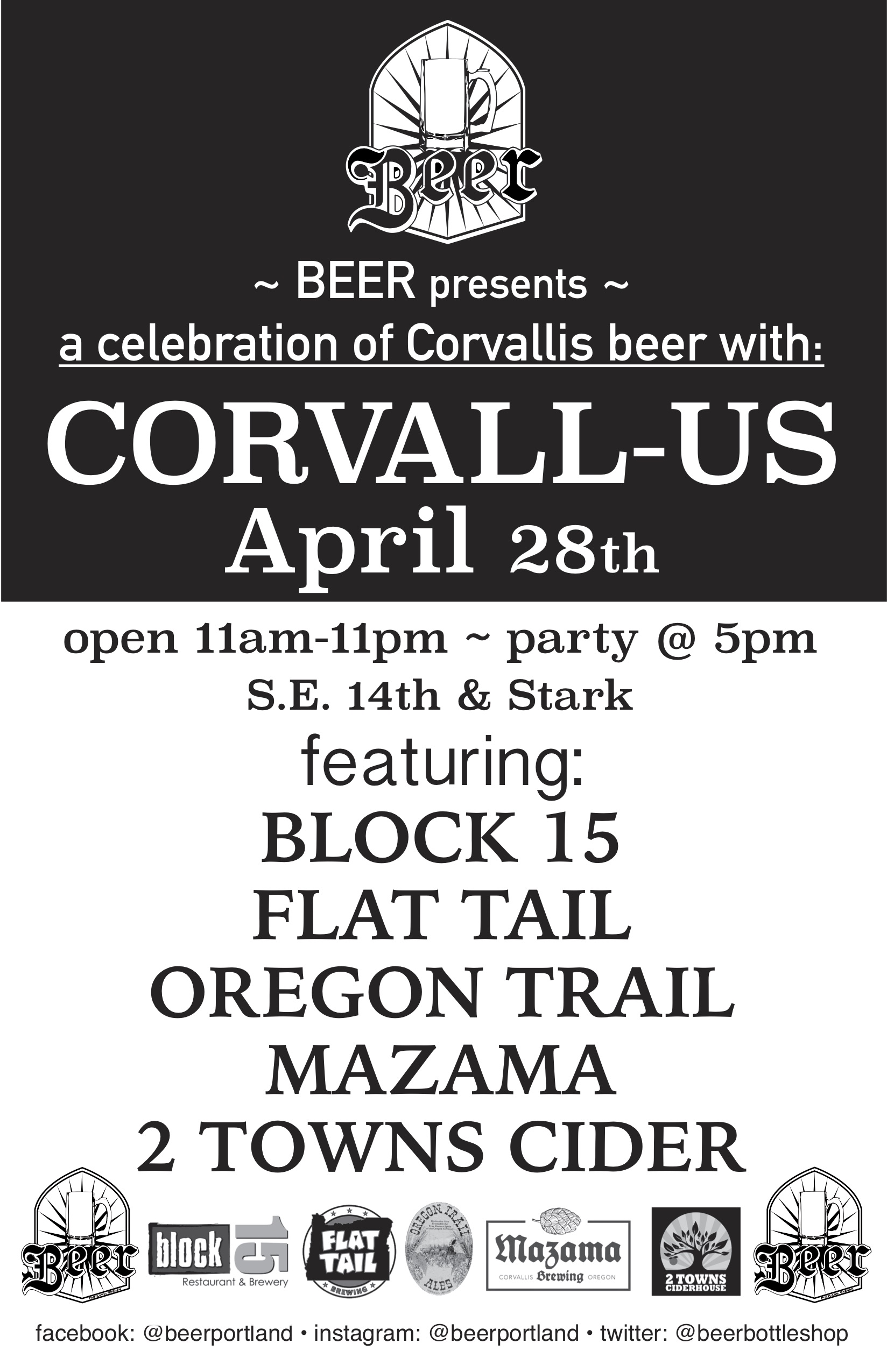 Then on Thursday, April 28, Beer will host Corvall-Us that will feature four breweries and one cidery all from the home of Oregon State University. Block 15, Flat Tail, Mazama, Oregon Trail and 2 Towns Cider will all be on tap.