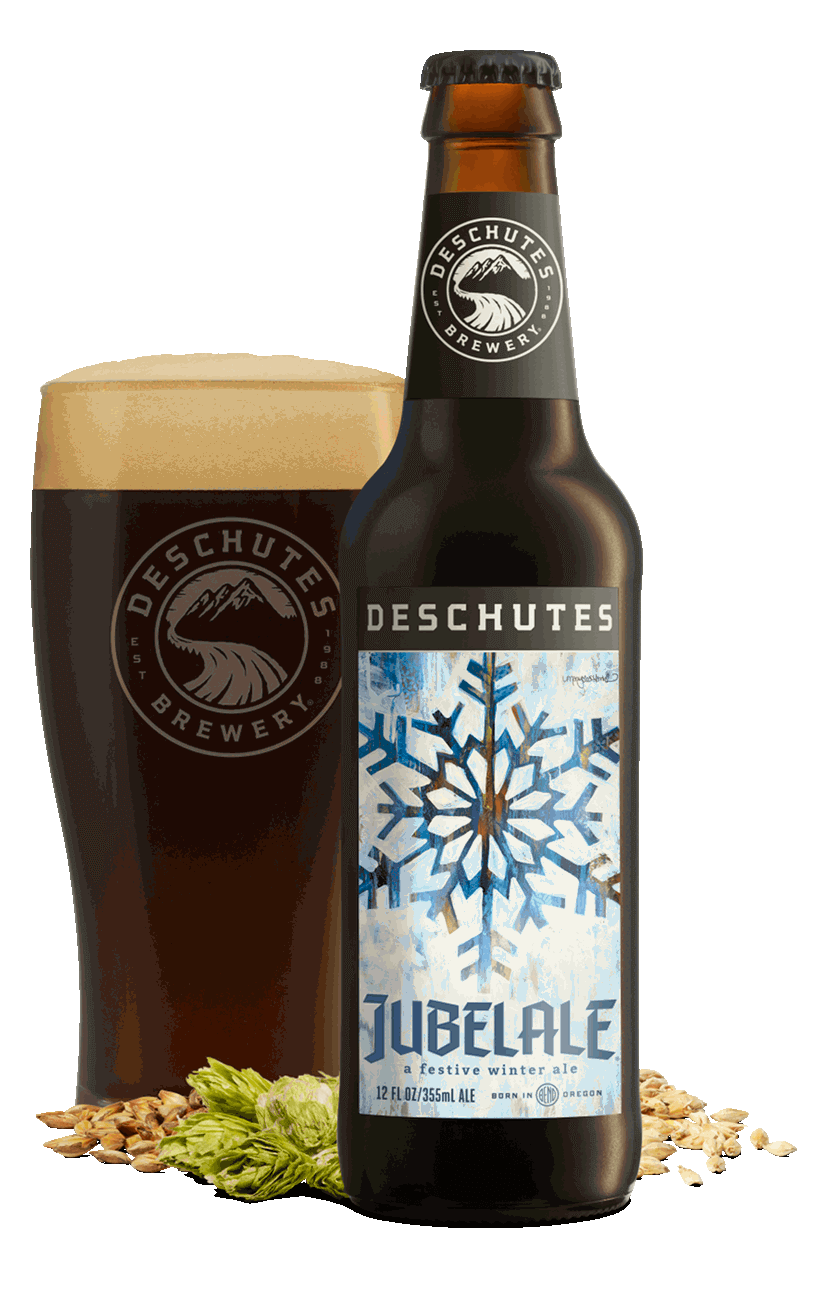 For the past 30 years Deschutes Brewery has been brewing Jubelale, its annual winter ale. Each year this beer that was the first to be bottled by the coveted Bend brewer features different local art on its label. For the 30th anniversary Deschutes chose Bend, Oregon artist MaryLea Harris. She is the first artist to design a Jubelale label that features a series of art, all various custom snowflake themed illustrations.

“I was so honored to be invited to create the label for the 30th anniversary of this beloved beer, and to join the ranks of artists I esteem and admire,” said Harris in a statement. “I like to work in series, and landed on creating four snowflake paintings for this project because no two snowflakes are alike just like no two beers are ever exactly alike. It’s exciting to be the first artist to create more than one piece of art for the label and have a mixed and matched set of bottles in each six-pack this year.”

Harris, who specializes in mixed-media and painting, used a complex process to create the Deschutes Snowflake series. She started by layering plaster and acrylic paint applied to a primed canvas with recycled plastic gift cards as scraping tools. As a nod to the history of the brewery and the beer, she tore up Jubelale posters from the past three years along with some local articles about Deschutes Brewery and glued them to the painted background. She then continued to build up layers of paint with brush strokes and liquid acrylic ink drips to achieve the colorful surface. The last step was to paint each snowflake by hand so, as she explains, “so each are unique and full of complexity and detail.” 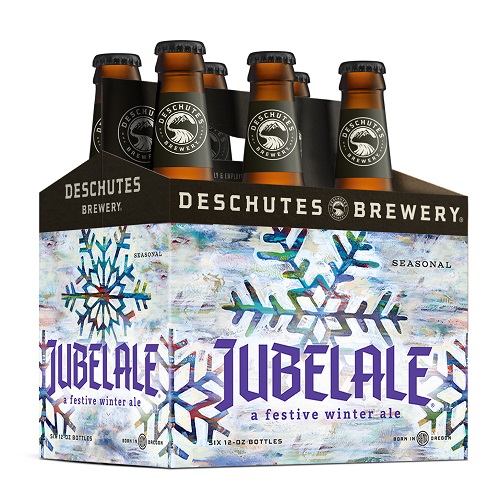 This complexity adorning the bottle’s exterior is mirrored inside the bottle as Jubelale is unique to many of Deschutes Brewery’s other beers in its malty and dried fruit character, along with the use of EKG hops which have a light herbal and spice quality. Jubelale will be available in six-packs and on draft everywhere Deschutes Brewery beer is sold, starting in October.

Deschutes Brewery and Public House in downtown Bend will host a launch party for the release of Jubelale on Monday, October 16th, where Harris will be on hand to meet with fans and sign posters. Harris is also our featured artist of the month in October and will attend First Friday at the Pub on October 6th as well.