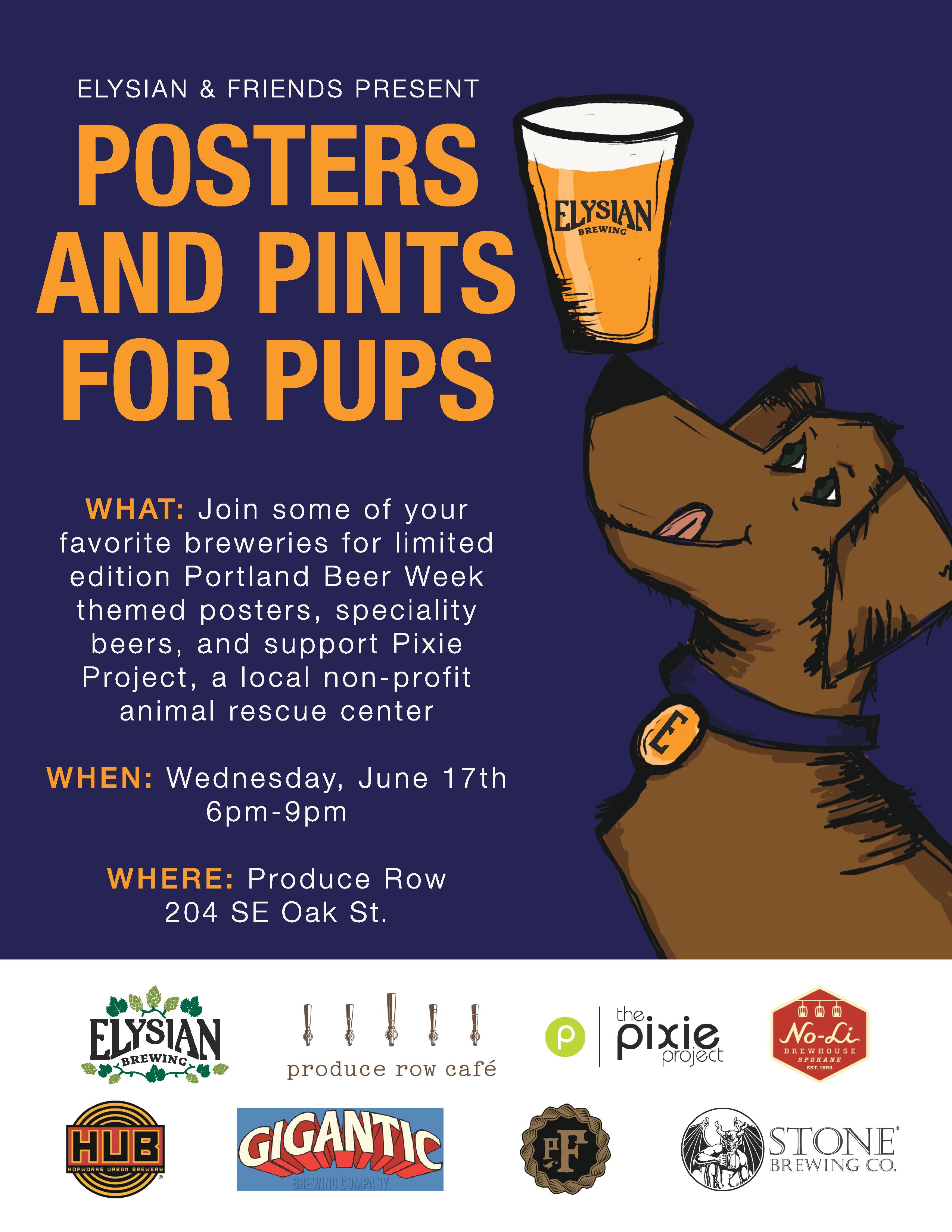 How many times while growing up did a teacher or parent mention not to judge a book by its cover? As we all mature we end up realizing that this is much more difficult to do, almost impossible.

Elysian Brewing is set to host Posters & Pints for Pups, a celebration of beer, the arts, and all things Portland at newly re-opened Produce Row on Wednesday, June 17th, from 6:00 to 9:00pm. For this event, Elysian has invited some of its friends from the West Coast that offer up some of the most aesthetically pleasing, eye catching, bold, and unique beer labels to all come together for a fundraiser for the Pixie Project.

Best of all these breweries are all well known and highly regarded for the product that is behind these attractive labels. Each brewery invited has created a one of a kind limited edition art print only available at this event.

Breweries that are part of this project include:

As much as people advise not to judge a book by its cover, you can judge these beers by their labels. So swing by grab a pint, snag a unique art print, and support a local Portland non-profit!