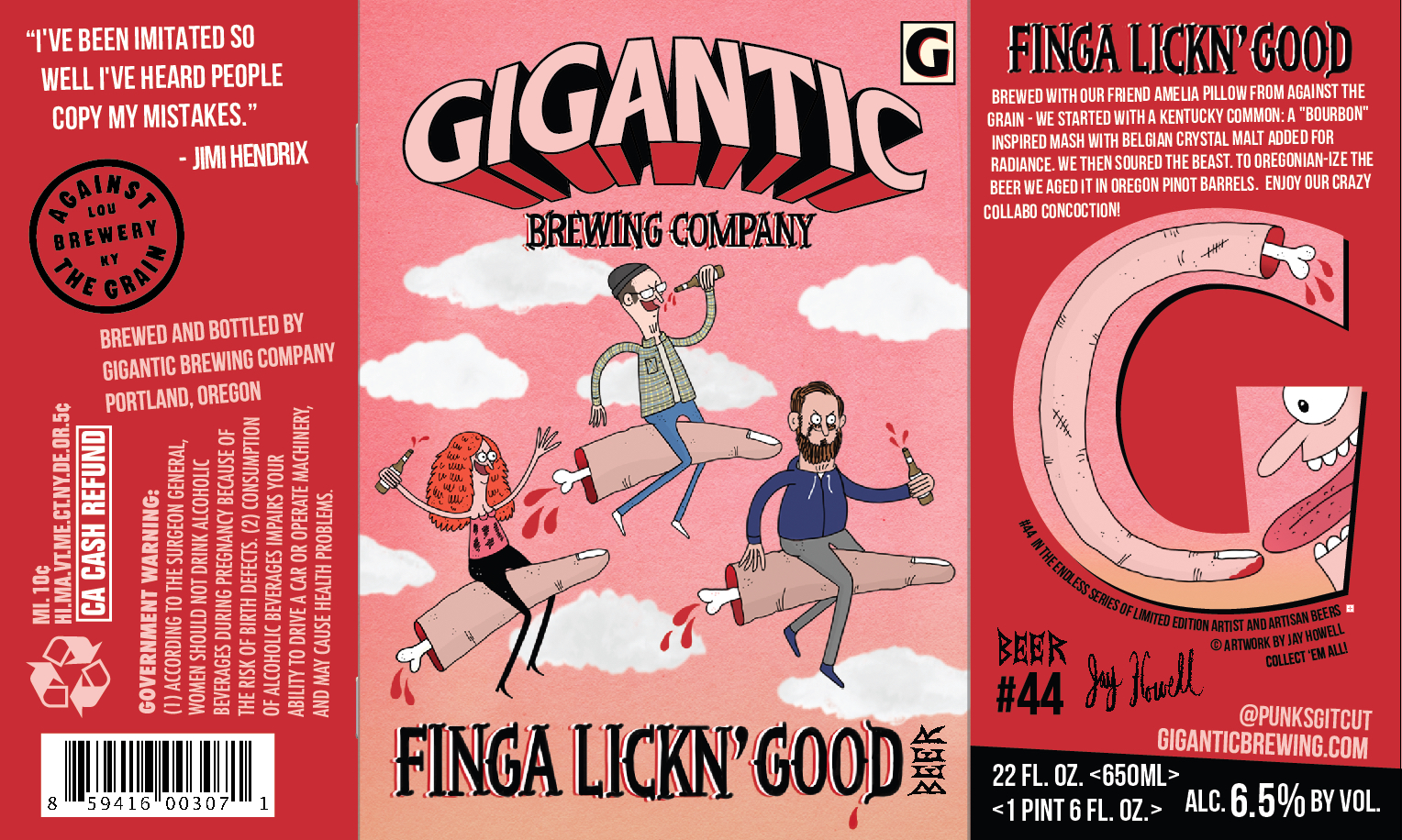 It was just last week that Gigantic Brewing released a collaboration beer with Half Acre Beer from Chicago, Illinois. Now a week later Gigantic does it again with another collabo but this time with Against the Grain Brewery from Louisville, Kentucky. On Friday, April 8, Gigantic Brewing along with Against the Grain will release its Finga Lickn’ Good Beer in both 22 oz. bottles and on draft at its Southeast Portland Taproom.

As with many of the collaborations that Gigantic Brewing, this one was also with a brewery that Gigantic’s Ben Love of Van Havig has a relationship or connection with. Amelia Pillow, now a brewer at Against the Grain once brewed with Love when he was at Hopworks Urban Brewery. With Finga Lickn’ Good, this beer combines elements from both of the brewery’s home states of Oregon and Kentucky. Read more below from the description of Finga Lickn’ Good provided by Gigantic Brewing.

Finga Lickn’ Good started with a “Kentucky Common” – a bourbon inspired mash that contained rye and corn, and also a heaping helping of Belgian Special B crystal malt for added radiance. We then kettle soured the beast. To Oregonian-ize the beer we aged in Oregon pinot barrels. The finished beer is simultaneously tart yet rich, with deep pinot fruit notes, oak and beautiful caramelized sugars. 6.5% ABV 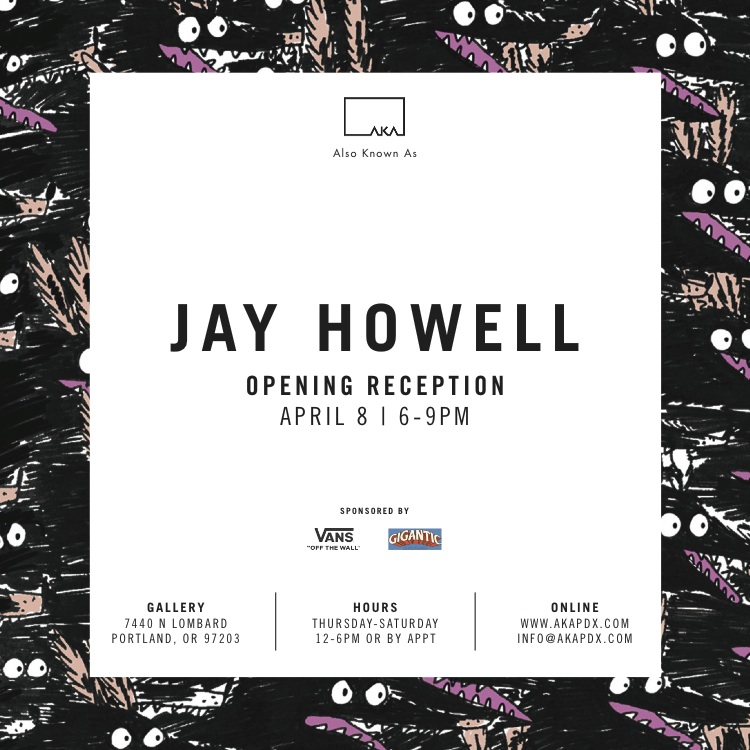 As with all of Gigantic Brewing’s labels, each is created by an artist that usually has a strong pedigree. For Finga Lickn’ Good the artist that created the label is Jay Howell. With a resume that includes his show Sanjay & Craig on Nickelodeon and creating the Bob’s Burgers characters. Finga Lickn’ Good label features caricatures of Ben, Van and Amelia riding disembodied fingers. The same night of the beer release, Friday, April, 8, Howell will be in Portland for the Opening Reception of his new art show at AKA PDX located at 7440 N. Lombard from 6:00 to 9:00pm. Gigantic will be pouring samples of Finga Lickn’ Good at the reception.

Finga Lickn’ Good will be on draft and 22 oz. bottles at Gigantic on Friday when the Taproom opens at 3:00pm. This release is limited to just under 100 cases of 22 oz. bottles and will only be available at Gigantic and Against the Grain in Louisville.