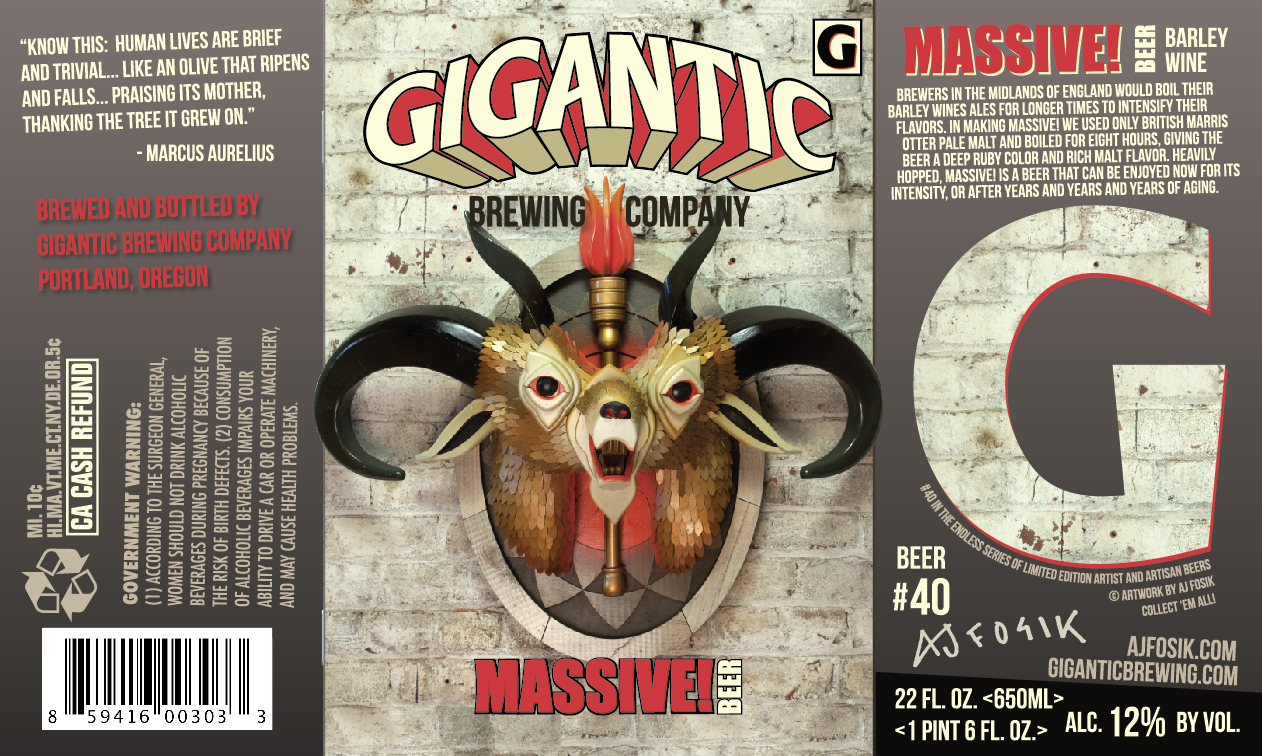 Gigantic Brewing releases its 2016 version of MASSIVE! Barleywine Today, February 18, at its taproom in Southeast Portland. MASSIVE! will be available on tap and in 22 oz. bottles beginning at 3:00pm today. Then a limited amount of cases of MASSIVE! will be hitting many of Gigantic’s markets within its distribution network in the coming weeks.

MASSIVE! 2016 is beer number 40 in Gigantic’s ever revolving lineup of seasonal beers and sits at 12% ABV. This year there will not be a release for the bourbon barrel aged version of MASSIVE!. The brewery prefers to age this barleywine for two years prior to bottling. However, if you’re looking for the 2013 MASSIVE! Bourbon Barrel Aged Barleywine that was released in late 2014, there are still limited amount of bottles available at the Gigantic Taproom.

Gigantic Brewing describes this barleywine as follows. Brewers in the midlands of England would boil their barleywine ales for longer times to intensify their flavors. In making MASSIVE! we used only British Marris Otter pale malt and boiled for eight hours, giving the beer a deep ruby color and rich malt flavor. Heavily hopped, MASSIVE! is a beer that can be enjoyed now for its intensity, or after years and years and years of aging.

MASSIVE! 2016 marks the third time, fourth when including the bourbon barrel aged version, that this label was created by Portland artist AJ Fosik.