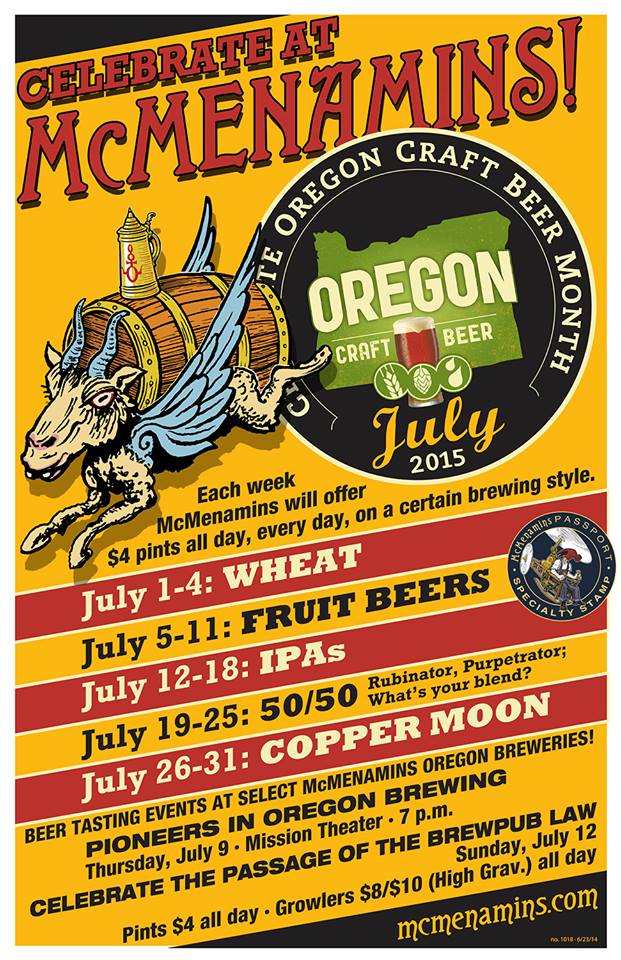 As we approach our seventh day of Oregon Craft Beer Month, McMenamins continues to host various beer related events throughout many of its Oregon locations throughout the month of July. One of the highlights is the 14th Annual Cornelius Pass Roadhouse Brewfest on July 18th. But that is not all that is taking place as McMenamins is celebrating all month long during Oregon Craft Beer Month. A returning tradition, each week in July, all Oregon locations will offer happy hour prices all day on select designated brewing styles.

Only six days in of 31 days of Oregon Craft Beer Month and McMenamins has already achieved a major milestone of brewing its one-millionth keg of beer. On July 2nd, at 11:39am McMenamins Queen Anne Pub Brewer Kyle Jungck filled the brewpub chains one-millionth keg. The lucky keg was longtime McMenamins’ favorite Ruby. Since October 25, 1985, McMenamins have been filling kegs and now they join the Million Keg Club (not sure if there is such a club but there should be).

Available this month for a limited time is 22 ounce bottles of dry-hopped Sunflower IPA. McMenamins brewed up one batch that features three different labels. Sunflower IPA will be available for purchase through July at all McMenamins locations. Grab your 22-ounce bottle of this tribute to the evolution of Oregon craft beer while you can, as it’s a limited batch! 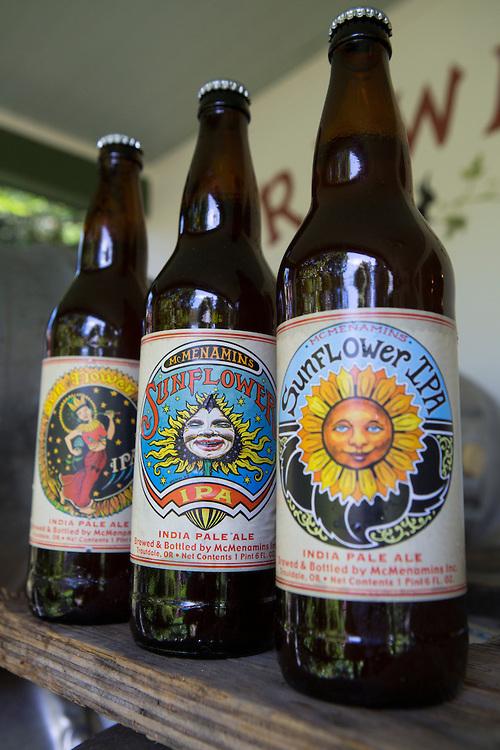 Each week through the end of July McMenamins will feature weekly Happy Hour prices on select beer styles all day long. On top of that McMenamins Passport holders will earn a stylized stamp for ordering the corresponding brew style. After last week’s special on wheat beers the following beer styles will be discounted each week.

Beyond these tappings and weekly specials McMenamins is also putting together a couple historical presentations at its Mission Theater located at 1624 NW Glisan Street in Portland. 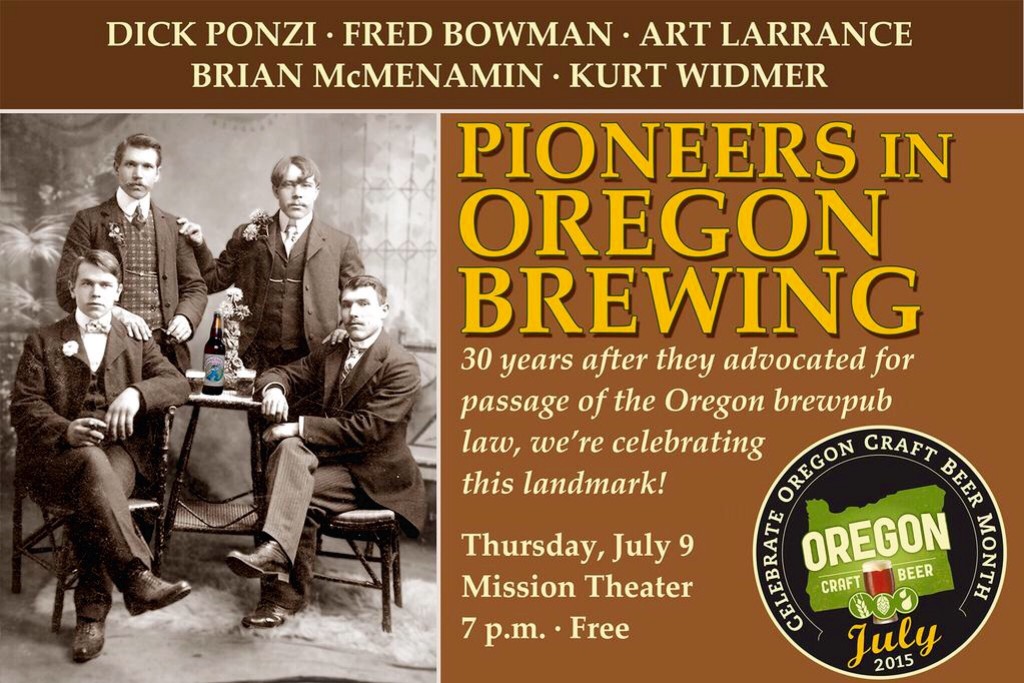 Listen to the original beer pioneers speak about Oregon Craft Beer history at the Mission Theater. 30 years ago a group of early brewers, you may know some of their names; Mike & Brian McMenamin, Kurt & Rob Widmer, Dick & Nancy Ponzi of Bridgeport and Art Larrance and Fred Bowman of Portland Brewing made quite a few trips to Salem that June of 1985 to get a bill passed that would create what we all now know as Beervana!

This documentary, It All Starts with Beer, shows why Portland catapulted ahead in the craft beer revolution. Filmed at the 2014 Oregon Brewers Festival, 10 Dutch Brewers came to present their beer at the festival. They filmed it along the way and also visited many great Portland Breweries. Premiering at the Mission and with the Dutch brewers on hand to talk about their experience and just what makes Portland so great, BEER!