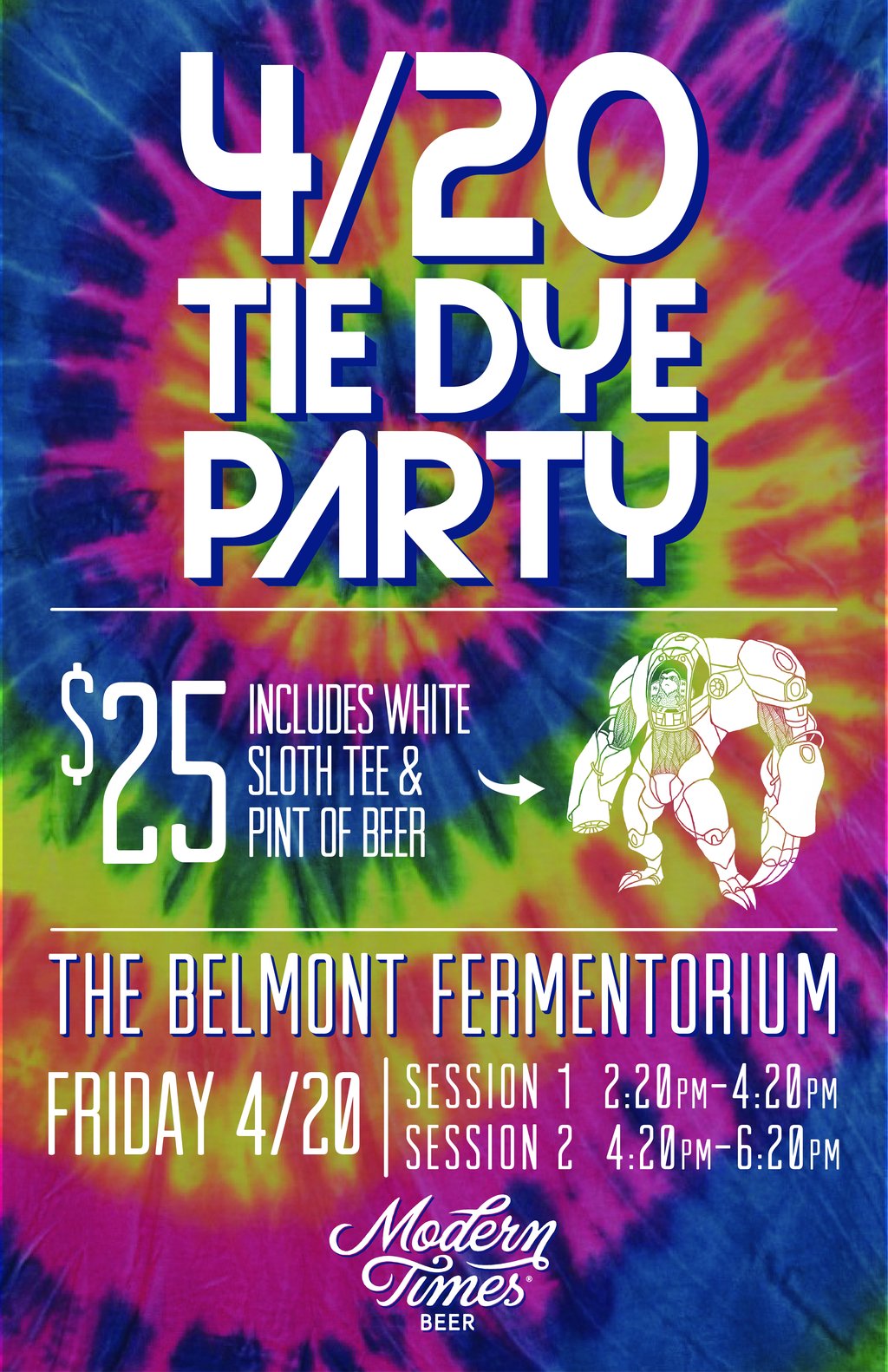 Modern Times Beer is about to get all crafty when April 20th arrives in one month. The Belmont Fermentorium is preparing to host its first 4/20 Tie Dye Party.

Now in its third year, but the first time in Portland, Modern Times will be assisting in creating a rad tie dyed shirt while sipping on a pint of one of its beers.

Entry is $25.00 and Modern Times will provide you with what is said to be an uber-sexy, white mech sloth tee that you will be transforming into a personal masterpiece via our mind-altering rainbow of tie-dying options. While getting all creative you will also receive on pint of beer.

Advance tickets are now on-sale at $25.00 each by clicking HERE.