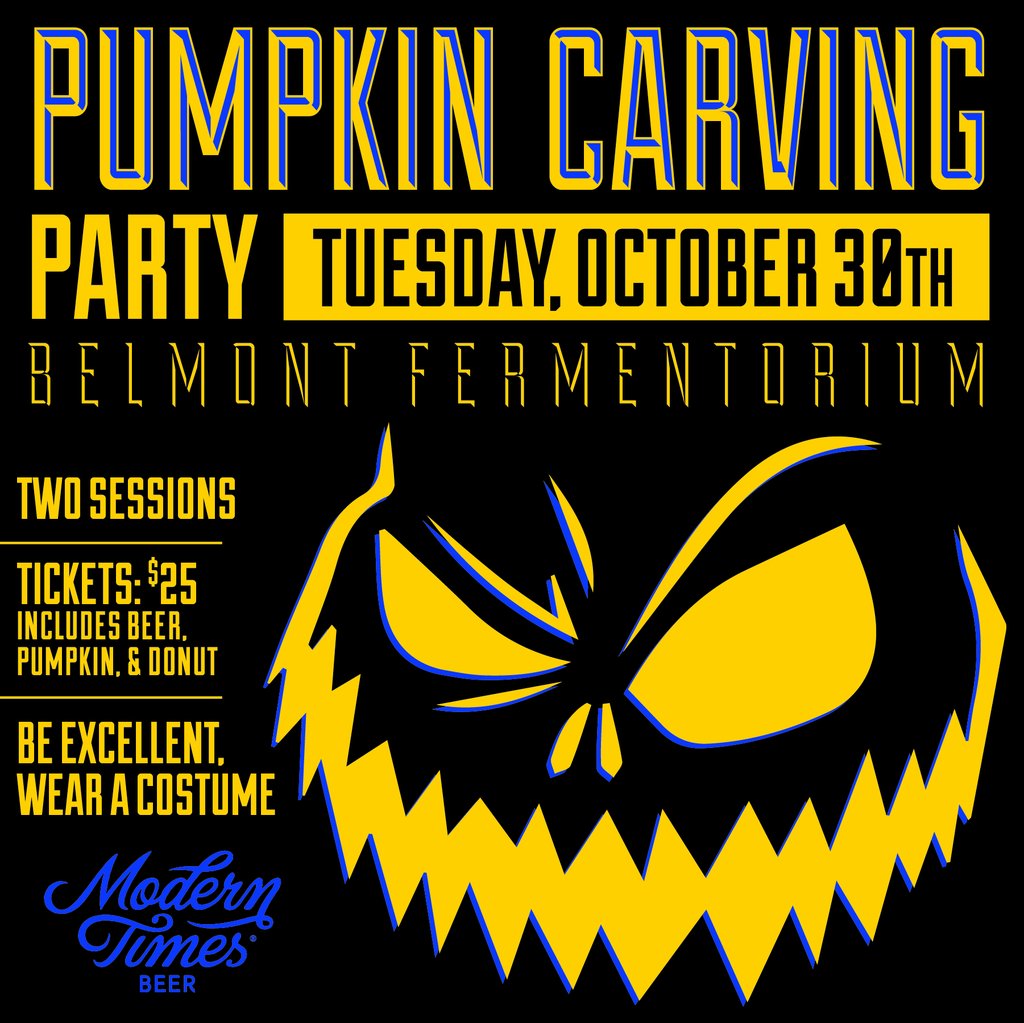 Modern Times Beer in Portland will host its Pumpkin Carving Party at The Belmont Fermentorium for a night of beer, a vegan donut and all of the tools necessary to carve your gourd.

Modern Times will be awarding medals for the most breathtaking creations, and you can either take your masterpiece with you or leave it at the brewery to amaze future patrons. Costumes are encouraged!

The Pumpkin Carving Party will be hosted in two sessions, the first is from 4:00-6:00pm and is followed up with the second and final session from 6:00-8:00pm. Tickets are $25 in advance and can be purchased by clicking HERE.