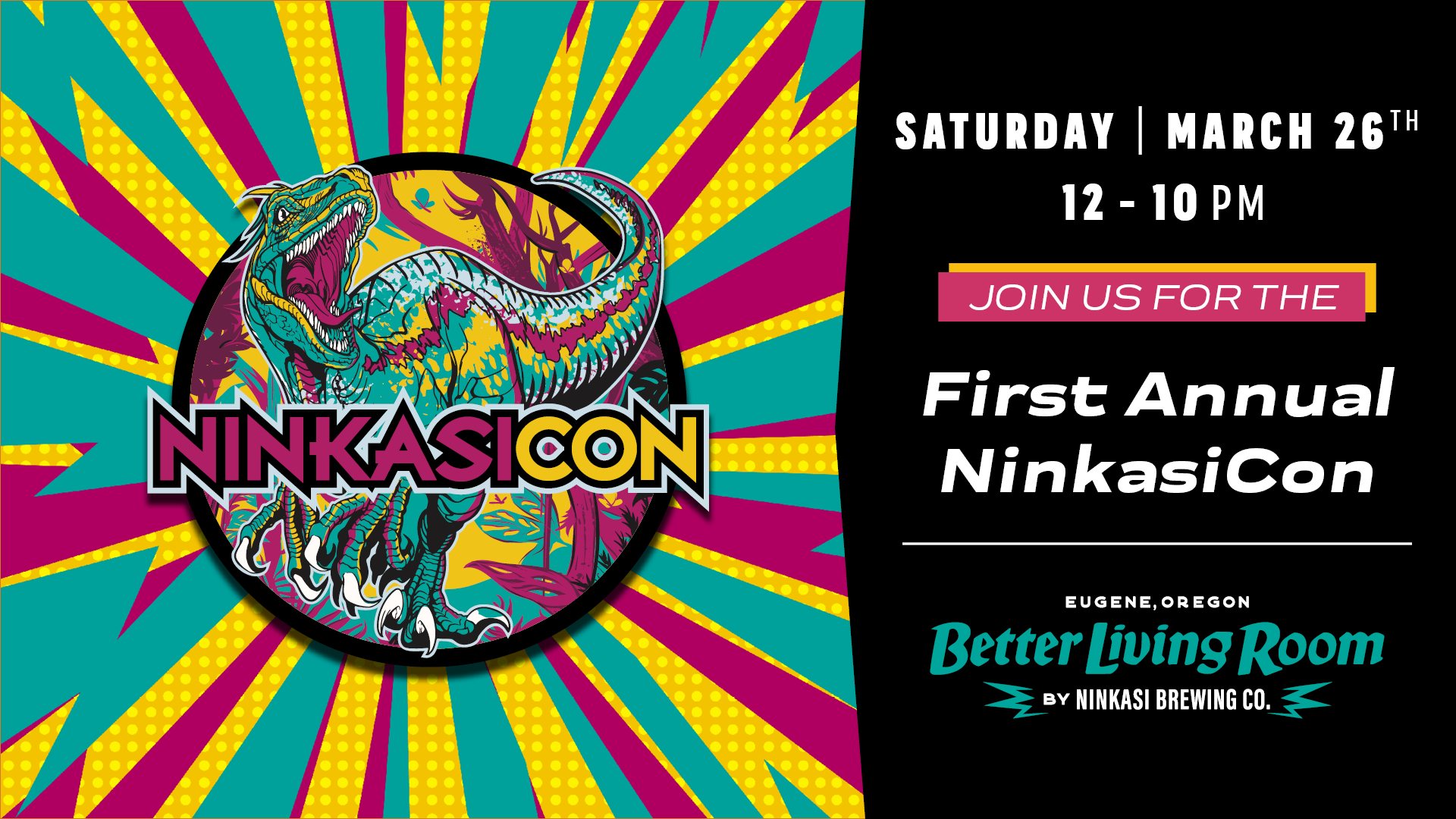 Ninkasi Brewing brings its appreciation of comic books to its Eugene Headquarters this coming weekend as it hosts NinkasiCon 2022. Taking place on Saturday, March 26th at Noon inside The Better Living Room, NinkasiCon will feature artist alley, vendor booths, special guests, a Legends of Ninkasi panel, photo ops, live music and more. And in complete Ninkasi fashion, cosplay is welcomed and encouraged!

NinkasiCon will be highlighted by the Legends of Ninkasi Panel that will begin at 3:00pm. The panel will discuss the Ninkasi Comic Universe and what it took to bring the comic and beer series to life while enjoying Eclipsosaurus Celestial IPA. Plus, Ninkasi co-founder Jamie Floyd and writer Jim Gibbons will be signing comics after the panel.

The show floor will be open from Noon-7:00pm with live music from Candy Apple Bleu starting at 7:00pm. The Ninkasi Better Living Room will offer full kitchen and beverage service throughout the day.

NinkasiCon is free and is open for all-ages, but 21+ VIP tickets (which include refreshments, food, and access to an exclusive 3rd Floor Lounge) are available for $55 by clicking here.. RSVP for your free GA ticket for your chance to win raffle prizes at the door. Reservations for table service at The Better Living Room can be made now at ninkasibrewing.com/eugene.