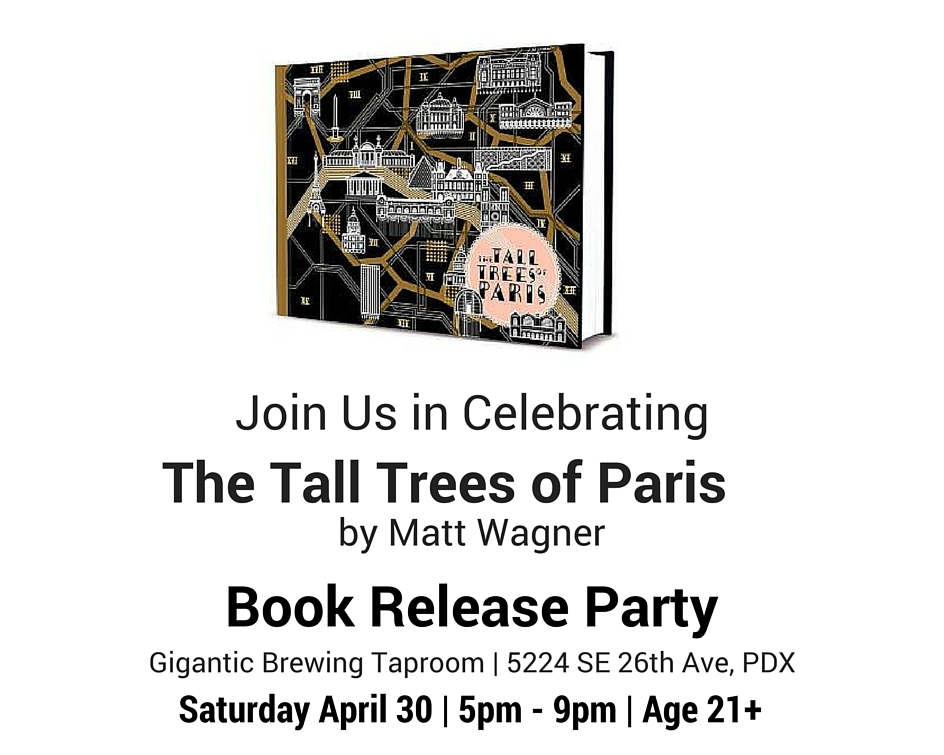 The Tall Trees of Paris Book Launch Party will take place at Gigantic Brewing on Saturday, April 30th from 5:00 to 9:00pm. Fans of Gigantic Brewing may know Wagner for some of his artwork that has adorned the brewery’s beer labels and its walls of its taproom. Wagner is also known for being the owner and curator of Portland’s Hellion Gallery.

With The Tall Trees of Paris, Wagner pays tribute to Paris, France, and the City of Light’s vibrant art community. Published by local book publisher, Overcup Press, join Wagner at Gigantic Brewing’s Taproom and Champagne Lounge as he celebrates the release of his new book with art, champagne, and French hors d’oeuvres.