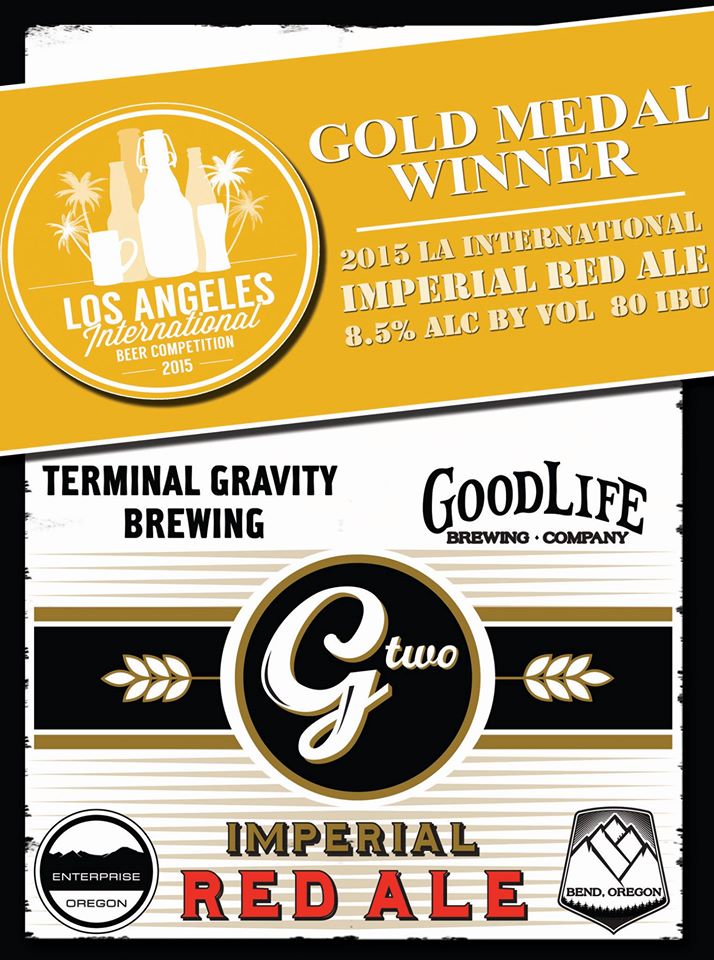 BEND, OR (Wednesday, May 6, 2015) GoodLife Brewing and Terminal Gravity Brewing teamed up in January to brew an Imperial Red Ale, and G-Two just won a Gold Medal at the 2015 LA International Beer Competition.  With over 89 different categories in the 2015 competition, G-Two Imperial Red Ale took home the hardware in Category 54- Imperial Red Ale.

Here is a list of winners for the Imperial Red Category:

If you haven’t tried G-Two yet, you’re in luck, because there are a few 22oz bottles still available in Portland.  Be sure to check your favorite local craft beer store for your chance to try this Gold Medal beer before it’s gone.

To take a look at the full list of results of the 2015 LA International Beer Competition, click here. Congrats goes out to both GoodLife and Terminal Gravity!