This evening Belmont Station is very fortunate to host Luc De Raedemaeker, co-author of The Belgian Beer Book and Tasting Director at Brussels Beer Challenge. Luc will be making his only North American book signing appearance at The Station today, Wednesday, December 14th, from 5:00 to 7:00pm. Then at 7:30pm, Luc will present pFriem Family Brewers with its American Revelation Fermentis Trophy for their Super Saison from the 2016 Brussels Beer Challenge.

The process in which Luc co-wrote with Erick was one that allowed each other to feed off of one another. “It was a great experience, we complement each other,” stated Luc prior to boarding a flight to the United States on Tuesday morning. “Erik is a real storyteller and I’m a real beer guy. So we used our strengths to make the book. Beside this, Erik is a wonderful guy and has become a close friend.”

“If you love Belgian beer and beer culture you need to have this book,” writes Luc on why one should own a copy of The Belgian Beer Book. “The question from the editor was clear, make a book like Great Beers of Belgium from Michael Jackson. That was the goal. The readers have to judge if we succeeded. Even if you don’t like beer, the pictures of photographer Bart Van der Perre are amazing!”

Luc chose to do the book signing at Belmont Station for two reasons, one is that he’s a friend of Belmont co-owner Lisa Morrison and that he needs to present the American Revelation Fermentis Trophy to pFriem Family Brewers. He has known Lisa for the past five years since the inception of the Brussels Beer Challenge as she has judged the international beer competition for the past five years.

No stranger to Oregon, Luc has visited the Rose City on a handful of occasions. “It will be my fourth visit to Portland. I just love the town. My favourite places, are Belmont Station (off course), Hair of the Dog, Hopworks, Laurelwood, Cascade, Bazi Bierbrasserie and Powell’s Bookstore,” writes Luc. “Beside this I love the bridges and the food trucks. Actually, I’m coming back in summer with my family.”

Copies of The Belgian Beer Book will be for sale during the book signing in the back Biergarten at Belmont Station. Having the co-author himself sign the book will make this book a great addition to any library or an even better gift for a fan of craft beer. 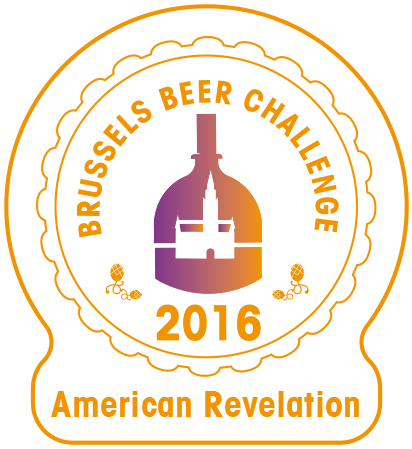 Then at 7:30pm Luc will present Josh Pfriem of pFriem Family Brewers with the 2016 Brussels Beer Challenge American Revelation Fermentis Trophy honoring the top judged American beer at the challenge. The beer that earned this honor is Super Saison that will be pouring on draft and available in bottles during the evening.

The competition at the Brussels Beer Challenge is fierce. For its fifth year a panel of 80 international judges took the reigns and judged 1,250 international beers. The best entries in each category were awarded gold, silver and bronze medals. Organizers also award Revelation trophies for International, European, and American. The 2016 BBC award winners can all be found here.

And if you’re wondering if Luc has visited Hood River during his visits to Portland here’s what he had to say. “I visit pFriem two times already (one professional visit and once with my family). In a nutshell, great beer, excellent food, amazing location (swimming in the Columbia river is great), warm people. My kind of place!”