Flagon Thursdays Kickoff Concert
8-11 pm Thursday Mar. 1, Cider Riot Taproom, 807 NE Couch St.;
Erock Tonsfeldt, formerly of the Celtic rock group Amadán, will be playing Irish ballads to kick off Flagon Thursdays and to celebrate the return of Plastic Paddy Irish Style Cider. Cider Riot is introducing discounted flagon fills of any standard cider at the pub every Thursday, when you can get a pint and a flagon for $20, a $24 value. I you don’t have time for a pint, no worries: flagon fills are quick and on Thursday a fill will cost you $15. Prefilled flagons of Plastic Paddy are available for only $12.

Flagons are the traditional vessel for cider, ranging in size and construction. In Ireland the classic flagon is a two-liter, the perfect size to share with friends and family, translating to 67 ounces, or just larger than a growler. A two-liter holds 4.2 US pints.

Ferocious Citrus IPA is HUB’s spring and summer seasonal offering. Brewed with organic hard red spring wheat from Twin Oaks Farm on San Juan Island, Ferocious is hazy and smooth with an upfront burst of organic citrusy hops, and grapefruit juice. Take one sip of this crazy IPA and you’ll be hypnotized. Ferocious replaces Abominable Winter Ale in HUB’s seasonal rotation, and is available on draft and in 12oz 6-pack cans throughout HUB’s distribution network.
Chill Murray is the newest beer in HUB’s rotating Hazy IPA series. Look for notes of idiosyncrasy and unpredictability in this New England-Style IPA. Chill Murray was brewed with Skagit Valley soft wheat, organic flaked barley, organic oats, and buckets full of Eureka, Azacca, organic Citra, and organic Galaxy hops. On March 01 the beer will be available on draft and in limited 16oz 4-pack cans at HUB’s three pubs. Only 40 cases of cans were produced. Each 4-pack is $14 and will be distributed as follows: 28 cases for the SE Powell brewpub, 4 cases for BikeBar, and 8 cases for the Vancouver brewpub. Crowlers will be available at HUB’s SE Portland and Vancouver brewpubs.
Love Letter NEIPA is the third beer in HUB’s new Win-Win Partnership Series, which highlights ingredients from fellow eco-champion businesses. The beer is HUB’s love letter to Bob’s Red Mill, as it features Bob’s haze-inducing organic oats, organic wheat, and organic spelt for a velvety, fluffy texture. It is dry-hopped with citrusy and fruit-forward Jaryllo, Mosaic, and Denali hops. Check out HUB’s fun tribute video to Bob’s Red Mill here. Love Letter will be available on draft and in limited 22oz bottles at HUB’s three pubs and with limited distribution in Oregon and Washington. 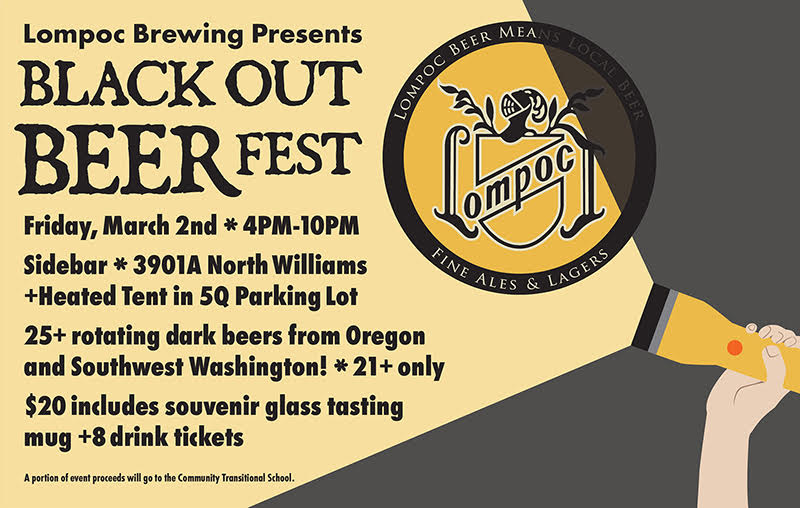 A tray of all 12 chowder samples costs $15, or $20 for a tray and a Lompoc pint; all tickets are sold at the door. The event also features a beer garden, a raffle, and pub food for purchase. Minors are welcome at the family friendly event. All net proceeds are given to the Community Transitional School for homeless children in the Portland area.

Lucky Lab’s 21st Annual Barleywine Festival
Noon-10 pm Friday Mar. 2 and Saturday Mar. 3, Lucky Labrador Beer Hall 1945 NW Quimby St.; $15 includes fest glass and four tokens.
One of the longest running barleywine festivals in the world returns to the Lucky Lab Beer Hall this weekend with an impressive festival line-up that includes more than 70 barleywines. Twenty taps will rotate new and vintage barleywines throughout the weekend. Barleywine is a beer with a significant malt character and an alcohol level from about 8-10 percent ABV. 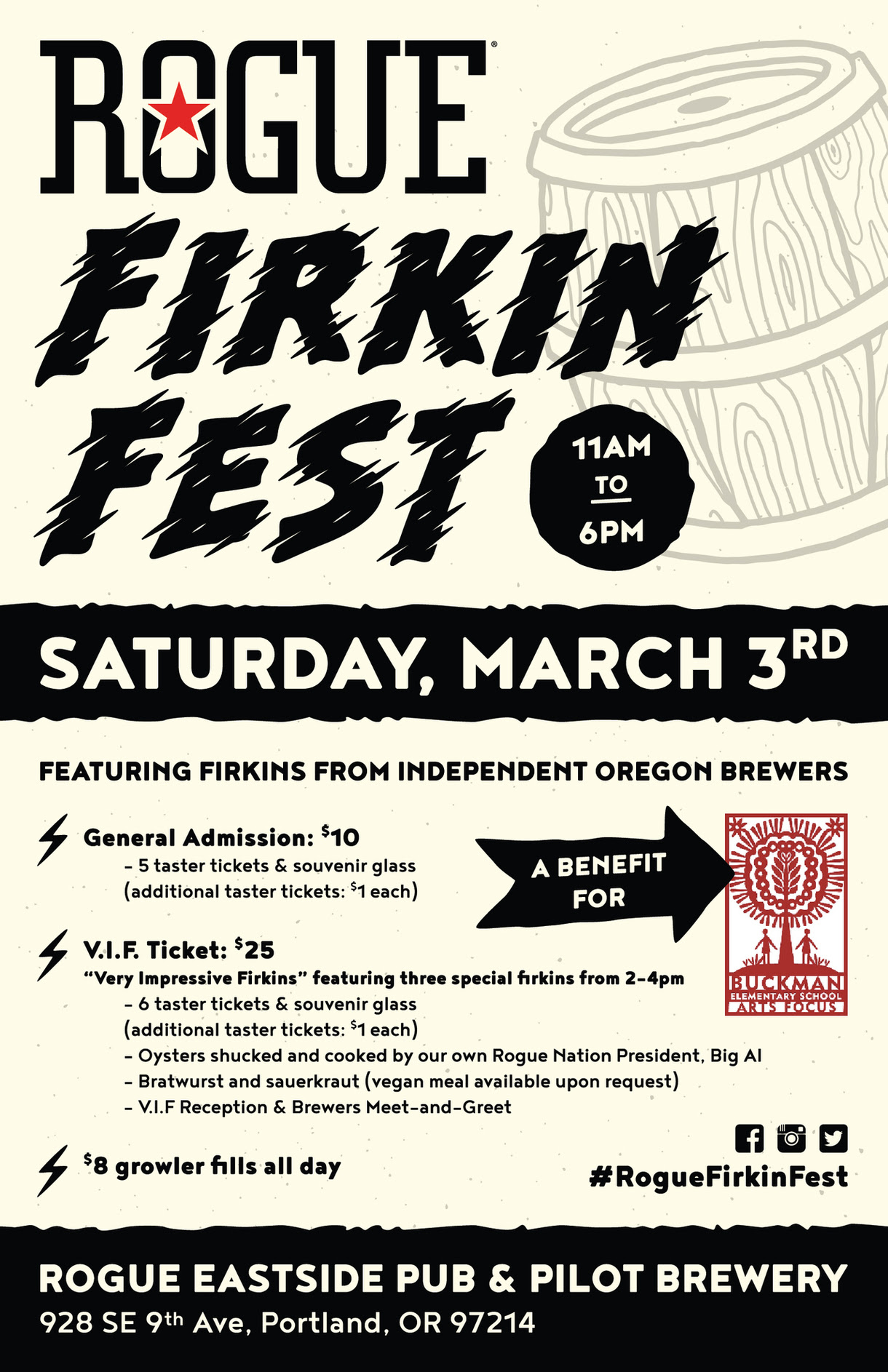 Each will present a beer of its choice, prepared in the traditional English cask style. Unlike most draft beers, firkin beers are unpasteurized, unfiltered, naturally carbonated in the cask and served at cellar temperature, approximately 55 degrees Fahrenheit. Herbs, chocolate, botanicals, hops and fruits are often added to the firkins to enhance an already delicious beer.