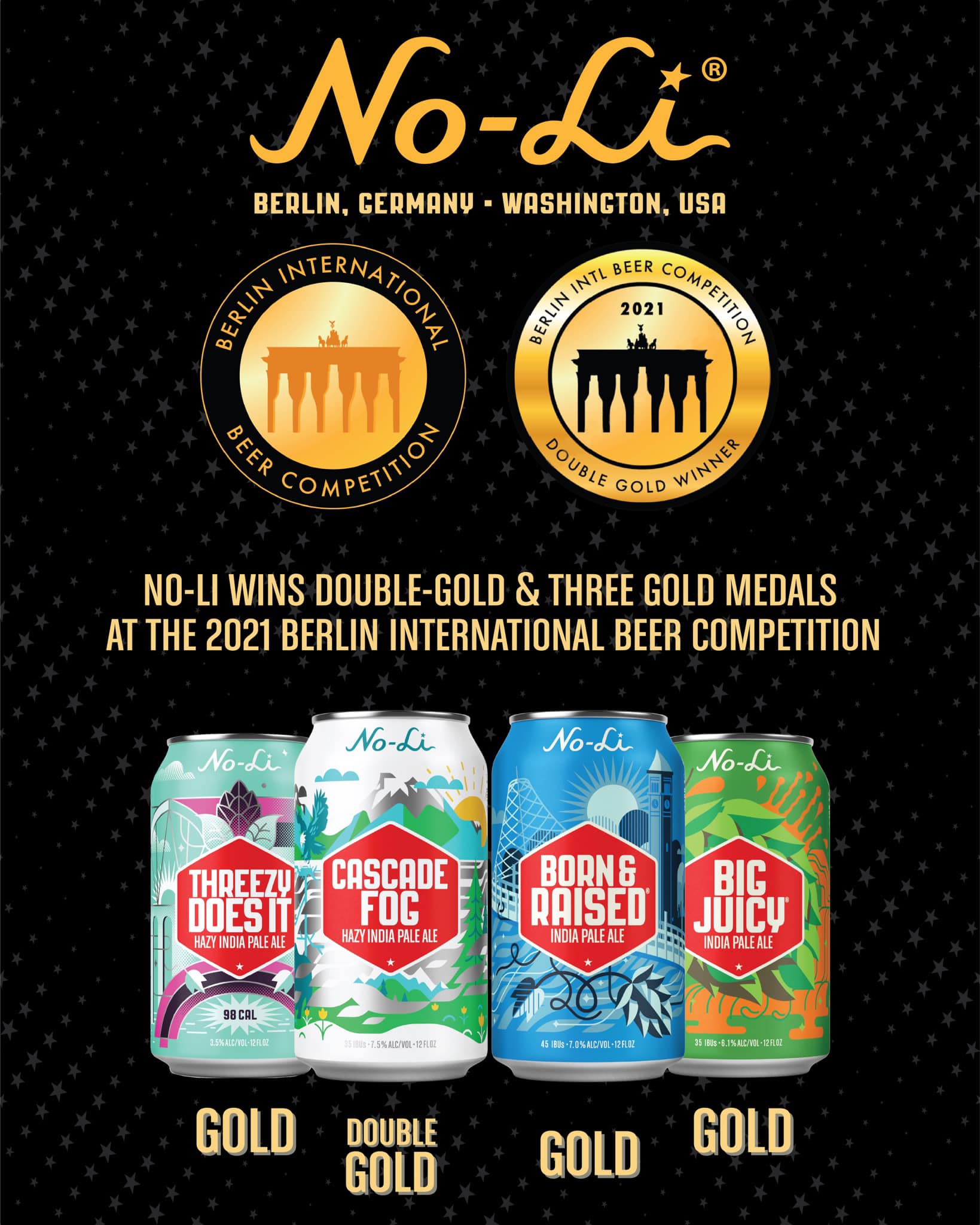 No-Li Brewhouse has been racking up some great brewing awards over the past year. Most recently the Spokane, Washington brewer has claimed the top spot as the most international award-winning American craft brewery in 2021, garnering 42 medals from beer competitions around the globe.

Over the past 12 months, panelists and judges from around the world sent some 42 medals and awards home to No-Li Brewhouse in Spokane. Cascade Fog Hazy IPA continues to establish the Hazy style around the globe, raking in five prestigious medals from five different countries.

“We are so proud to represent Washington and USA craft brewing around the globe,” said John Bryant, No-Li Owner, in a statement. “Our brewery team brews world-class beer, and we want to share that goodness with the world!”