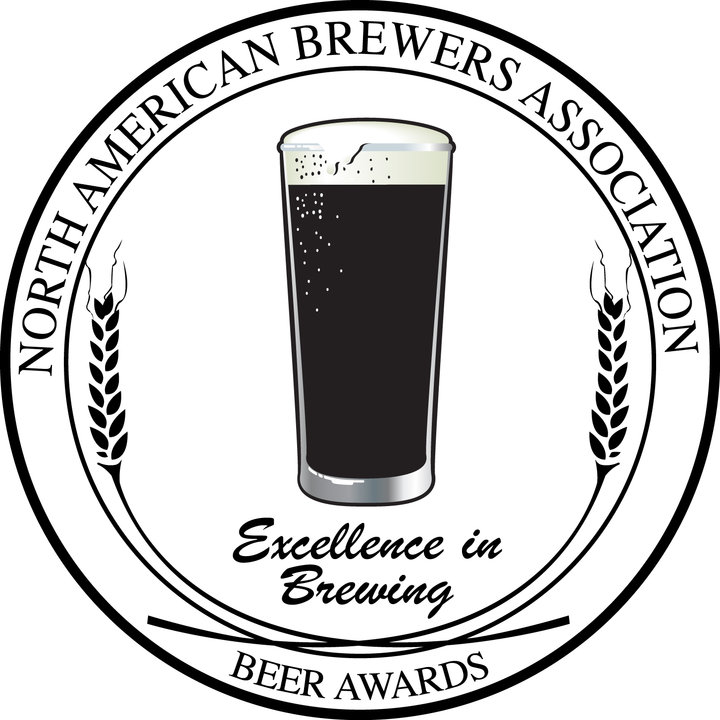 After an unfortunate abrupt halt to the yearly tradition last year, the 2021 Mountain Brewers Beer Fest makes its triumphant return to Idaho Falls, Idaho this year for its 26th edition.

Normally taking place in early June, the North American Brewers Association hosts its annual beer judging competition and beer festival in Idaho Falls. However, due to the ongoing pandemic, the return of this year’s festival will be delayed until the end of August. The 2021 Mountain Brewers Beer Fest returns to Sandy Downs on Saturday, August 28th from Noon – 5:00pm.

Each year the International Beer Awards Competition judges over 2,000 entries. Festival organizers are now seeking breweries to submit beer for judging and to be served at the festival. The judging also goes beyond just beer as both cider and hard seltzer are also judged in its own categories. This year festival organizers have designed a brand-new cider medal. 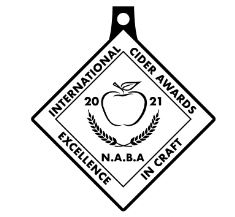 The North American Brewers Association (NABA) is a 100% volunteer, 501C3 organization that through its 25 years that has donated over $1.7 million to charities and educational scholarships. All proceeds from the Mountain Brewers Beer Fest, International Beer Awards Competition and its other events are directed to charity as per the association’s charter. Together, the Beer Fest, supplemented by the competition, has made considerable donations to…The Red Cross, Safe Place, Big Brothers and Big Sisters, Breaking Boundaries, Community Youth in Action, the Idaho Falls Zoo, The Art Museum, The Museum of Idaho, Hospice of Eastern Idaho, Snake River Animal Shelter, the Bonneville Wrestling Team, and the St. Vincent de Paul Food Bank.

In addition, the NABA founded the North American Brewers Endowment Fund that funds four annual educational scholarships. These brewing scholarships are to the Master Brewers Association of the Americas, Idaho State University, the College of Eastern Idaho and as of 2021, Oregon State University.

The Mountain Brewers Beer Fest and International Beer Awards Competition are now seeking breweries to participate in this year’s event. The judging portion will take place from August 24 – 27, with the Award’s Ceremony on August 27th at 6:00pm. 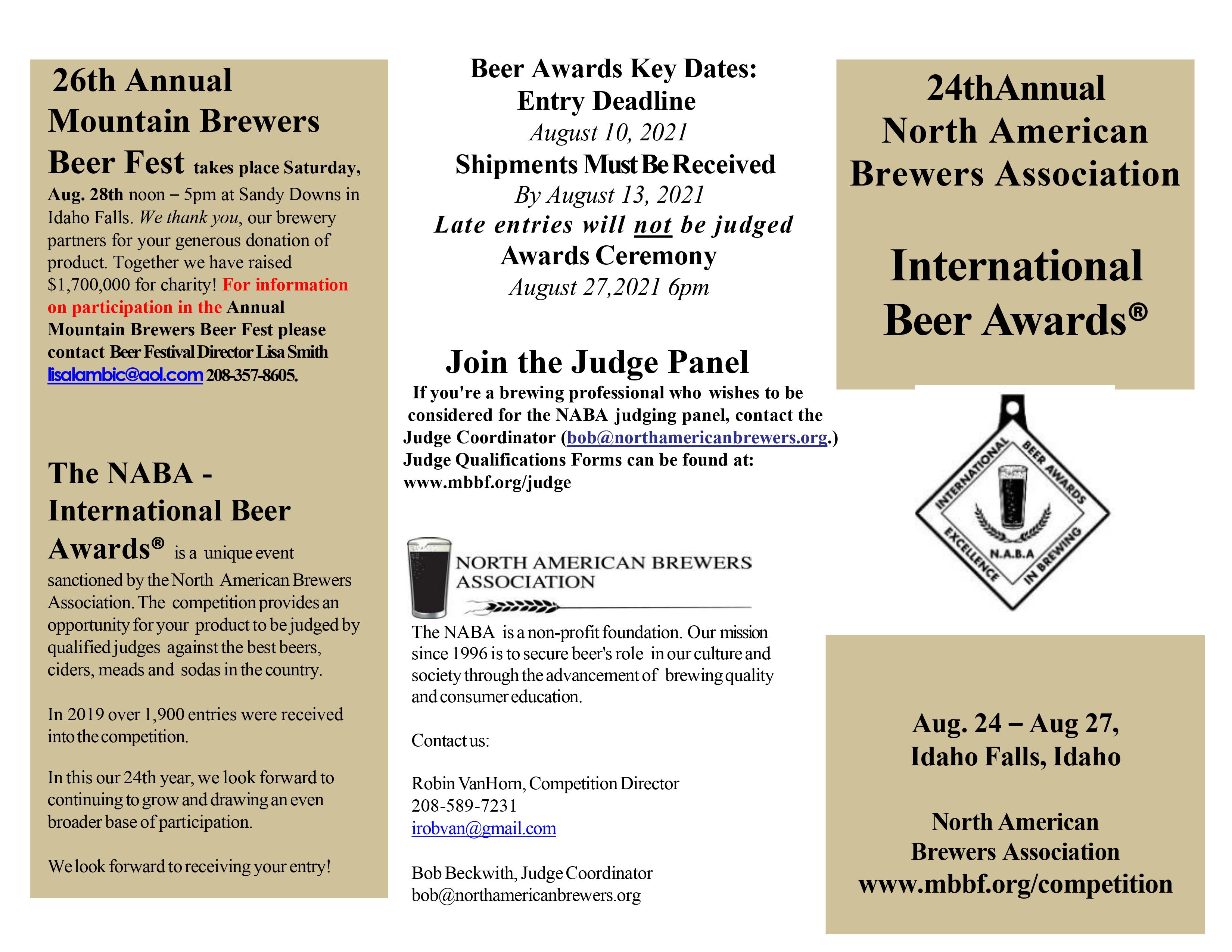 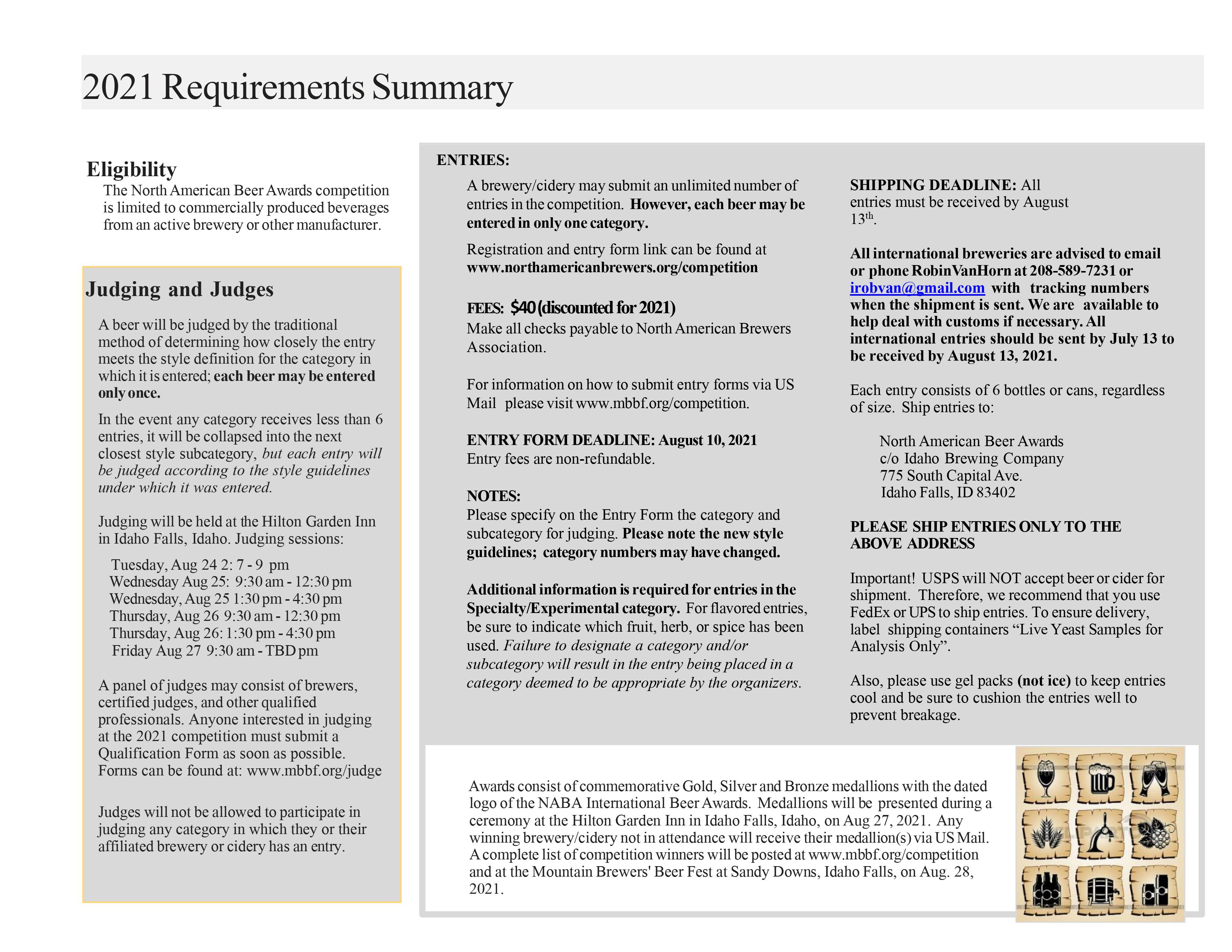 For additional information visit our website at either MBBF.org or Northamericanbrewers.org. Or contact Lisa Smith at (208) 357-8605 or Lisalambic@aol.com.