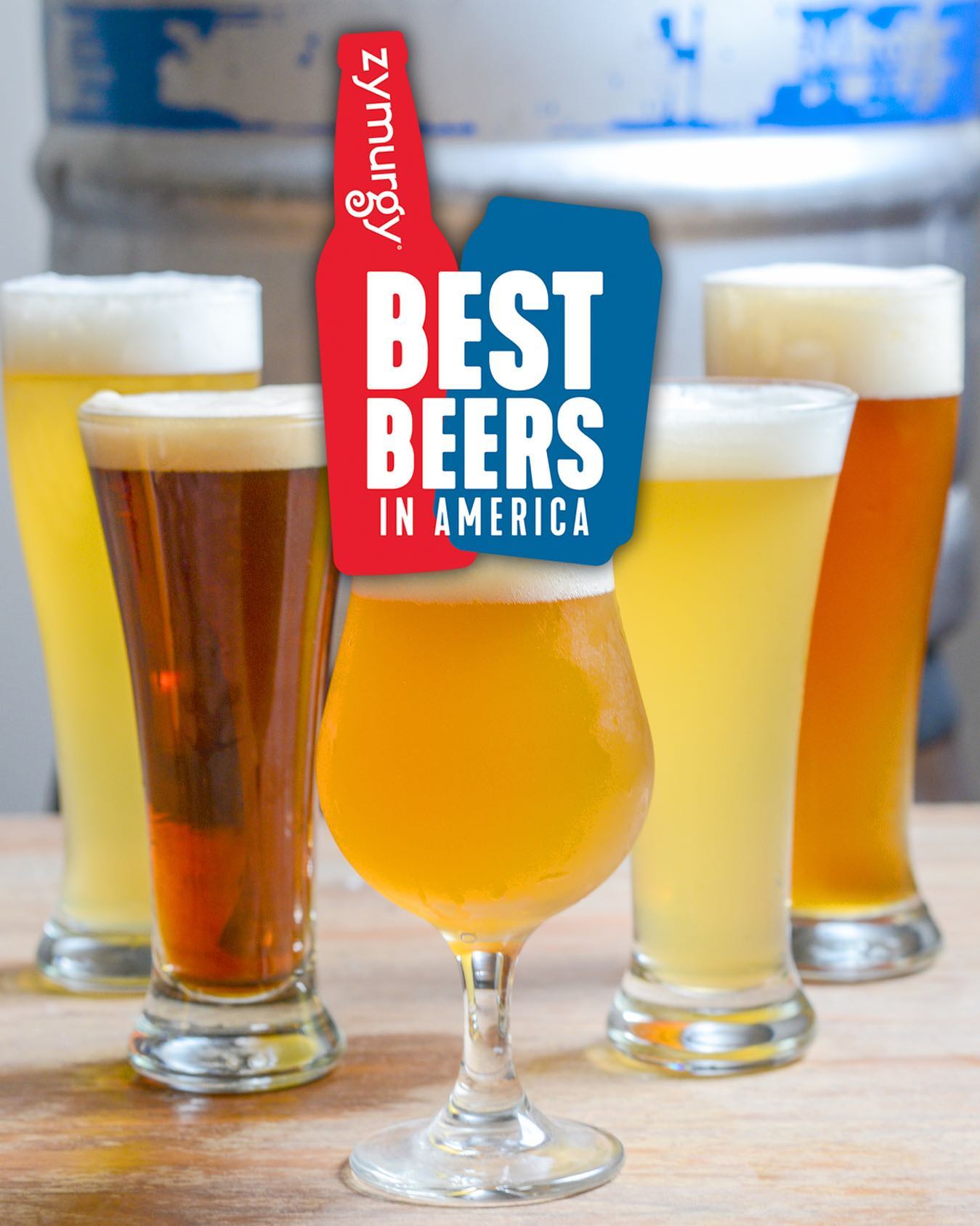 The results are in for the 17th annual Best Beers and Breweries in America poll from Zymurgy magazine. Each year readers for Zymurgy are asked about the favorite beers and breweries that are commercially available in the United States.

Zymurgy magazine is the publication of the American Homebrewers Association (AHA), and each year for the past 17 years have polled their readers in a survey to come up with the top beers and breweries. With over 7,400 breweries in America, Two Hearted Ale from Bell’s Brewery earned the top spot for the third consecutive year.

“Being selected as a winner for this esteemed list is no small feat. All of this year’s winners showcase exceptional flavors, expertly crafted by some of the greatest talent in the brewing industry,” said Gary Glass, director, American Homebrewers Association in a statement. “I’d like to extend congratulations to all of this year’s winners and toast to their exemplary beers favorited by homebrewers and beer lovers alike.”

“It is an honor to once again be awarded the top-ranking spots among so many great breweries and beers,” said John Mallett, director of operations, Bell’s Brewery in a statement. “Only the best Centennial hops, a commitment to quality by the entire Bell’s team, and the splendor of our home state are all part of the beauty of Two Hearted Ale. There is one other vital component, the beer lover. “We are truly humbled to be recognized by the finest palates in homebrewing.”

All breweries marked with an asterisk are currently considered small and independent craft brewers according to the industry trade group Brewers Association.