The American Homebrewers Association (AHA) always celebrates AHA Big Brew on the first Saturday in May. This year AHA Big Brew will take place on Saturday, May 6th all across the nation.

To honor AHA Big Brew the AHA will raise a glass at 10:00am Pacific for its nationwide toast. Here in Portland Imperial Yeast will partner with F.H. Steinbart from 10:00am until 1:00pm at 17268 NE Sacramento for a morning of homebrewing. Details on this event can be found here. To check out the day’s entire homebrew events locally and across the country visit the interactive 2017 AHA Big Brew Map.

This year’s official AHA Big Brew recipes include Rushmore American IPA, Battre L’oie Saison and Klang Freudenfest Oktoberfest Lager. All three celebrate the upcoming release of the fourth edition of How to Brew by John Palmer, which is one of the all-time best and most beloved homebrewing guides. 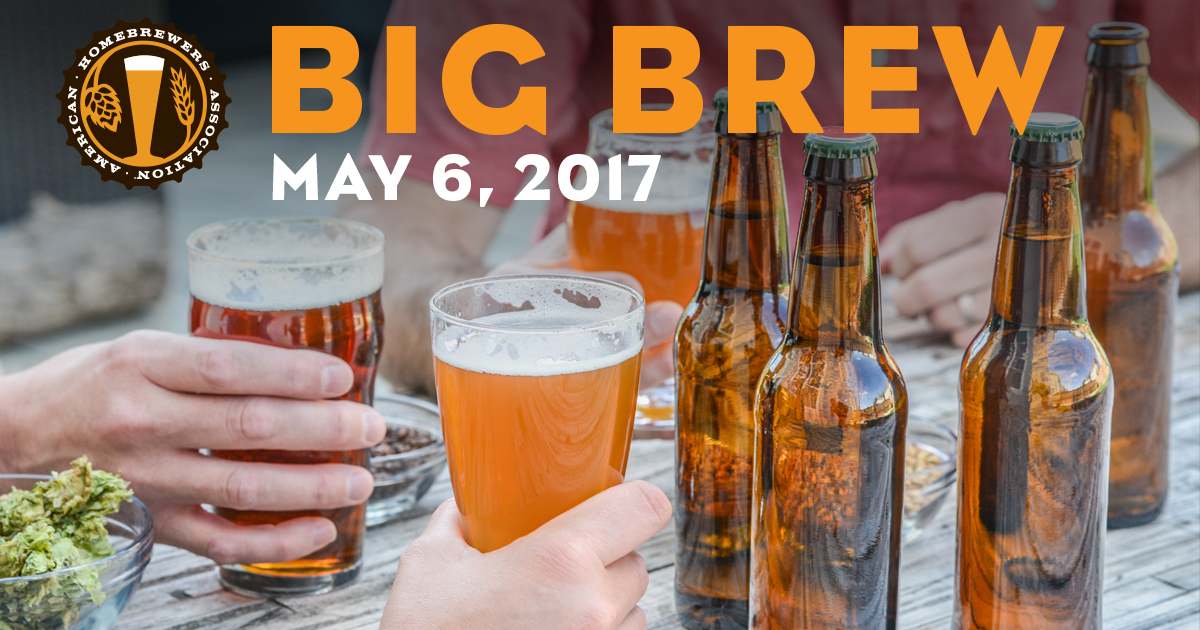 There over 1.2 million homebrewers in the United States. With one in every 200 adults in the U.S. now crafting their own beer, homebrewing has become one of the country’s fastest growing hobbies. AHA Big Brew is a toast to the nation’s homebrewers and their shared love and appreciation for homebrewed beer, mead and cider. In 2016, over 12,000 people celebrated the event at 483 registered sites. Additionally, 2,363 batches created 17,804 gallons of homebrew enjoyed worldwide. Last year, 48 U.S. states and 12 countries participated. In 1988, May 7 was announced before Congress as National Homebrew Day, and so the AHA created AHA Big Brew, held each year on the first Saturday in May, to celebrate National Homebrew Day across the U.S. and globe.

Register your local AHA Big Brew event and join the conversation on Twitter with #BigBrew17.