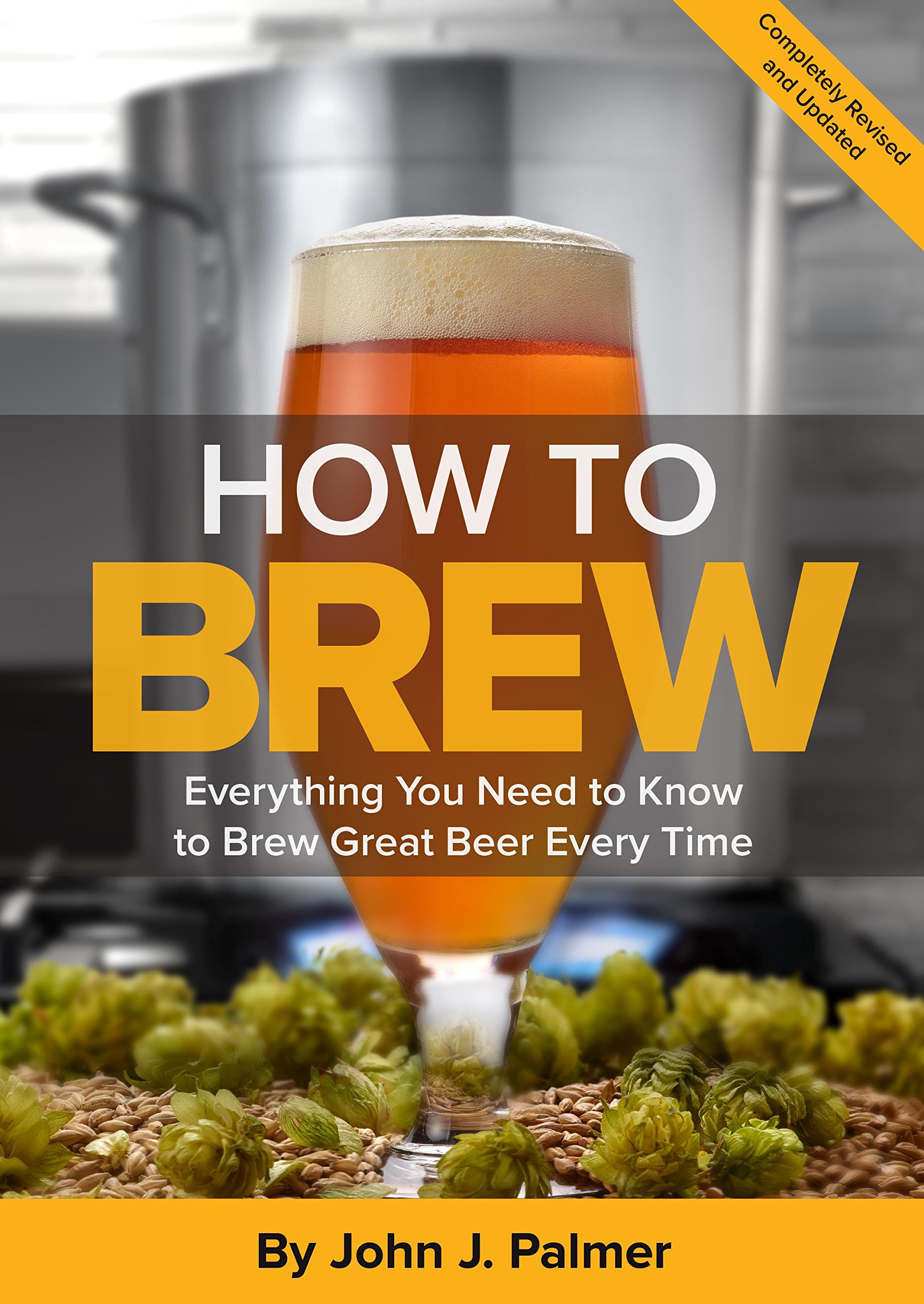 With the AHA Big Brew taking place tomorrow, Saturday, May 6th, Brewers Publications releases How to Brew: Everything You Need to Know to Brew Great Beer Every Time by John Palmer. This book, now in its 4th edition, is the definitive guide to homebrewing.

John Palmer serves as publications director for the Master Brewers Association of the Americas after a 20 plus year career in the aerospace and medical device industry. In addition to How To Brew John has also co-authored Brewing Classic Styles and Water: A Comprehensive Guide for Brewers.

“Owning How to Brew is like having a brewmaster as your best friend. In the 30-plus years since the American craft beer revolution got its start, countless brewing books have appeared. None, however, has achieved the status of How to Brew, which is thorough, comprehensive, and beautifully organized,” said Jim Koch, founder & brewer of Samuel Adams in a news release. “And now, this new expanded and enhanced edition improves on the original. It’s a considerable feat to create a book that is invaluable both to first-time brewers and professional brewmasters, but John has done it with a book that is essential for everyone who is serious about brewing.”

The American Homebrewers Association celebrates AHA Big Brew on Saturday, May 6th across the United States.

We recently had the opportunity to interview John about how he became involved in craft beer and homebrewing.

What made you decide to get into homebrewing?

John: In 1990, after moving to Southern California, I yearned for the dark beers that I had while in college at Michigan Tech. I had tasted a homebrewed beer while at Tech, so I knew it was possible. I went to the library and requested some books on brewing. This was before the Internet you see. My first batch was a miserable failure, and as an engineer, I took that as a challenge to figure it out.

This is the fourth edition of How To Brew, how does it differentiate from the earlier editions?

John: The first was online in 2000, the second was the first print edition in 2001, and the 3rd was in 2006. This edition, like all the others, was a page by page review of the previous information, updating or clarifying as necessary (sometimes a lot), plus 5 new chapters: including a second chapter on fermentation, a second chapter on brewing water adjustment for different beer styles, brewing strong beers, brewing fruit and spice beers, and brewing sour beers. This edition also includes new pictures, and a lot more tables and diagrams. The page count went from 390 to 590.

Why should someone just beginning to homebrew purchase and read How to Brew?

John: How to Brew has always been focused on teaching a newbie how to brew. The first chapter is an easy walk thru of your first brew day, and then rest of the book gradually introduces you to science of brewing as you gain experience. People often remark on how readable and easy to understand the book is; which is very gratifying because it was my goal and always will be.

Why should someone that has been homebrewing for many years purchase and read How to Brew?

John: There is something for every level of experience in How to Brew. I have made a point of keeping up on brewing and home brewing technology, and incorporating that into each new edition. I am focused on understanding the brewing process; how it works and why it works. There is new information on malts, pH, yeast and fermentation, water adjustment, and more. Even veteran brewmasters have told me that they found information in the book that clarified their experiences in the brewhouse.

You left a career in the aerospace and medical device industry to become Publications Director for the Master Brewers Association of the Americas. Why did you decide to leave this career for this new position?

John: I focused on and finished writing the Water book with Colin Kaminski. After that, I spent the last two years between conferences working on the 4th edition of How To Brew. I tend to travel a lot these days, speaking at conferences all over the world. This year I decided that being Publications Director for the Master Brewers would be an excellent way to stay abreast of changes in brewing science and technology, and give me a chance to edit journal articles and books instead of write them, which is less stressful.

And what are your current favorite beers that you have been enjoying?

John: That is always a tough question, there are so many. Here in Southern California there are more good breweries than you can shake a stick at, but some of my perpetual favorites are Firestone, Coronado, 3Weavers, Eagle Rock, Sierra Nevada, and Alosta. The styles vary, but generally anything that uses Cascade hops and has a great balance between malt and hop character. I enjoy malty lager styles every bit as much as IPA and sours.