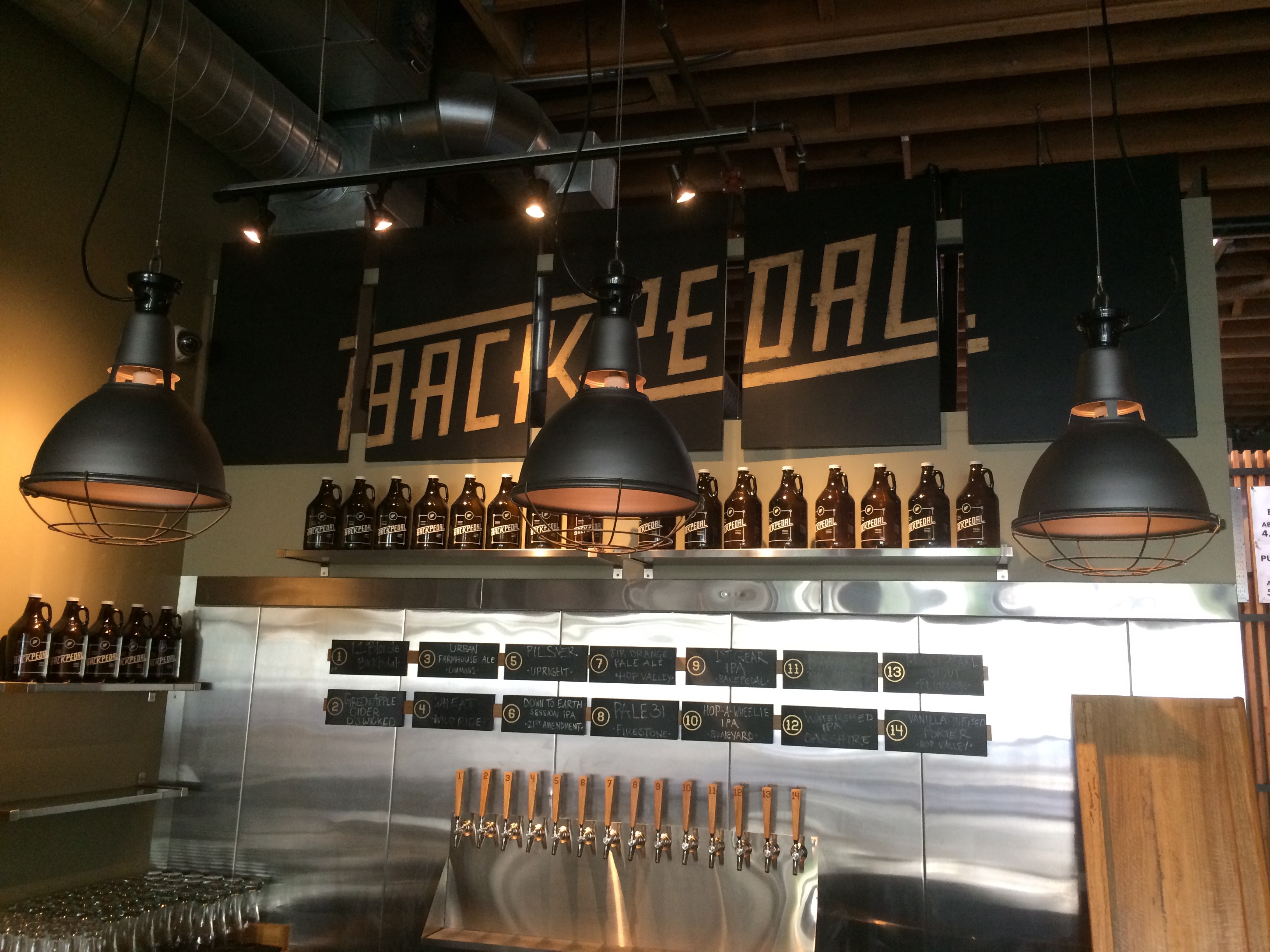 The latest brewery in Portland to serve its beers is BackPedal Brewing. Located in Portland’s Pearl District and boldly directly next door to 10 Barrel Brewing, BackPedal is now serving its first beers at the home base of BrewCycle Portland.

BackPedal took over the spot that once housed The BrewStop, BrewCycle’s first venture into serving beer to capture some additional sales to those riding its 15 seat group bike. To make this space more enticing BrewCycle decided to change things up and order a 3.5 BBL brewhouse from Portland Kettle Works to brew its own line of three rotating house beers.

The nicely laid out bar and seating area offers a capacity of 36 in its 1,875 square feet of service space. BackPedal removed the kitchen that once was part of The BrewStop to make room for the brewhouse. Therefore BackPedal allows its patrons to their food delivered from a few neighboring restaurants including Kao San, 10 Barrel Brewing and other area restaurants. They even have menus from these establishments readily available at the bar.

During our recent visit BackPedal was pouring two of its house beers among its 14 total taps of beers. BackPedal also serves soda and wine. The current three rotating house beers include:

BackPedal’s 1st Gear IPA offered up a more pronounced dark appearance for an IPA. This dark IPA offered up some pleasant malty sweetness but its hops allowed it to cut through for a drinkable IPA. On the other hand L1 Blonde was offered up a dark reddish golden appearance and was missing some body and flavor for this style of beer.

Beyond BrewCycle, the business now offers BrewBarge, Portland’s only 14-person barge that maneuvers the Willamette River while those patrons pedal and indulge in some adult beverages. BrewCycle also offers PDXonFoot, a 2-hour walk and talk through the historical northwest district, covering Portland’s early history, its beer culture roots and how Oregon has come to be the mecca of craft beer that it is today.