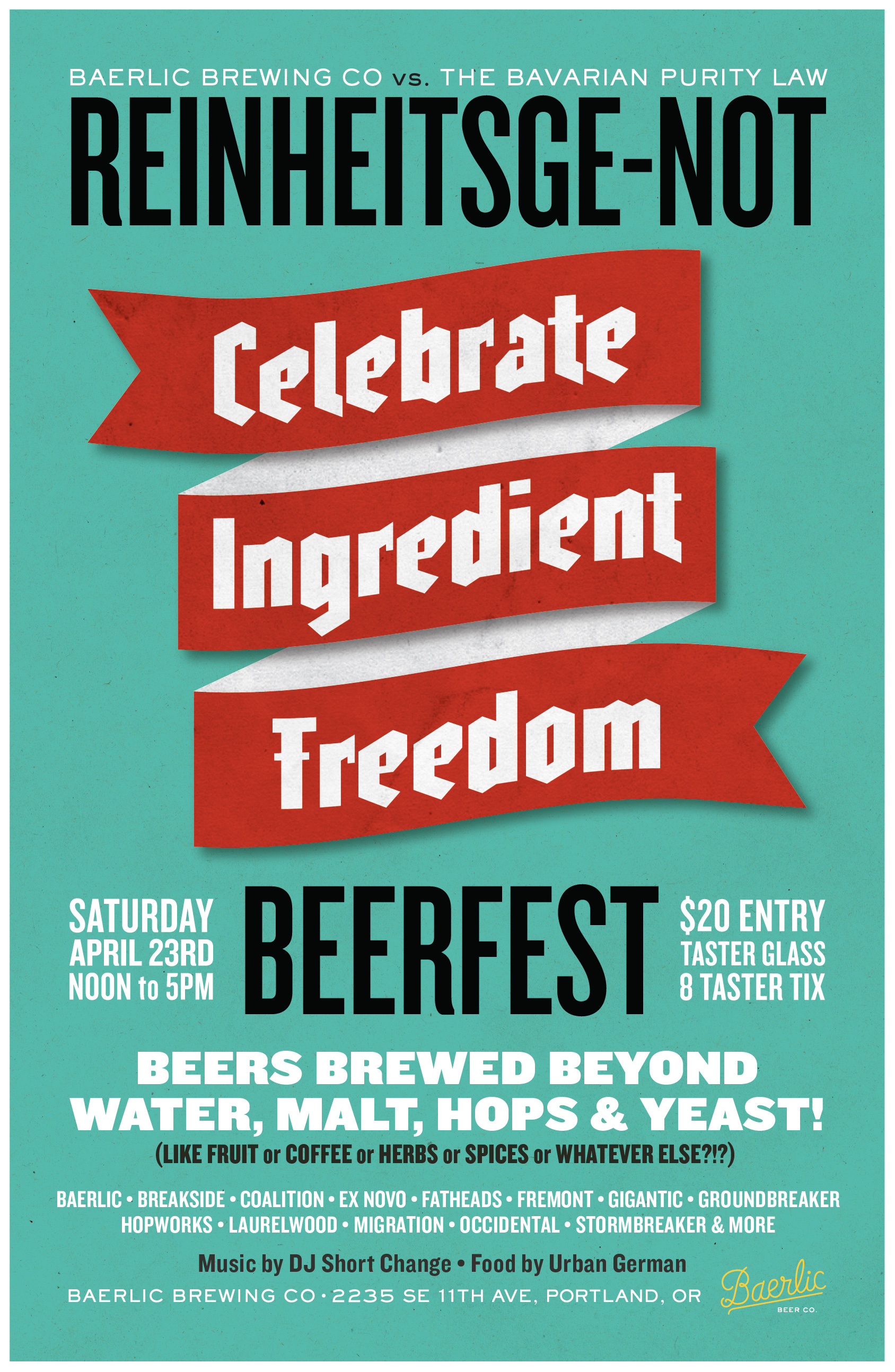 In the coming weeks there will be a major milestone celebrated in the brewing world when Reinheitsgebot, also known as the German Beer Purity Law of 1516, marks its 500th year in existence. Back on April 23, 1516, Wilhelm IV, Duke of Bavaria, issued the law that stated beer could only be brewed with water, barley, and hops. It wasn’t until later that the decree added yeast to what brewers were allowed to brew in Southern Germany.

Now 500 years later, Baerlic Brewing will host its inaugural Reinheitsge-Not Beer Fest on Saturday, April 23, 2016, but with a slight twist. Baerlic Brewing invited its favorite brewery friends from across the Pacific Northwest to celebrate the world’s oldest beer rules by brewing beers that break these said rules. From Noon to 5:00pm, drink beers brewed beyond what the old Reinheitsgebot allowed with over 13 beers the push the envelope when it comes to brewing ingredients.

The Reinheitsge-Not brewery and beer list will feature the following.

Beyond the intriguing beer list Baerlic will also be bringing in Urban German Grill to provide its German-style food and will also have DJ Short Change laying down the tunes.

Advance tickets are now on sale at $20.00 each and include a Souvenir Glass and 8 taster tickets. This event is for those 21 years of age or older. Tickets are limited so don’t delay.