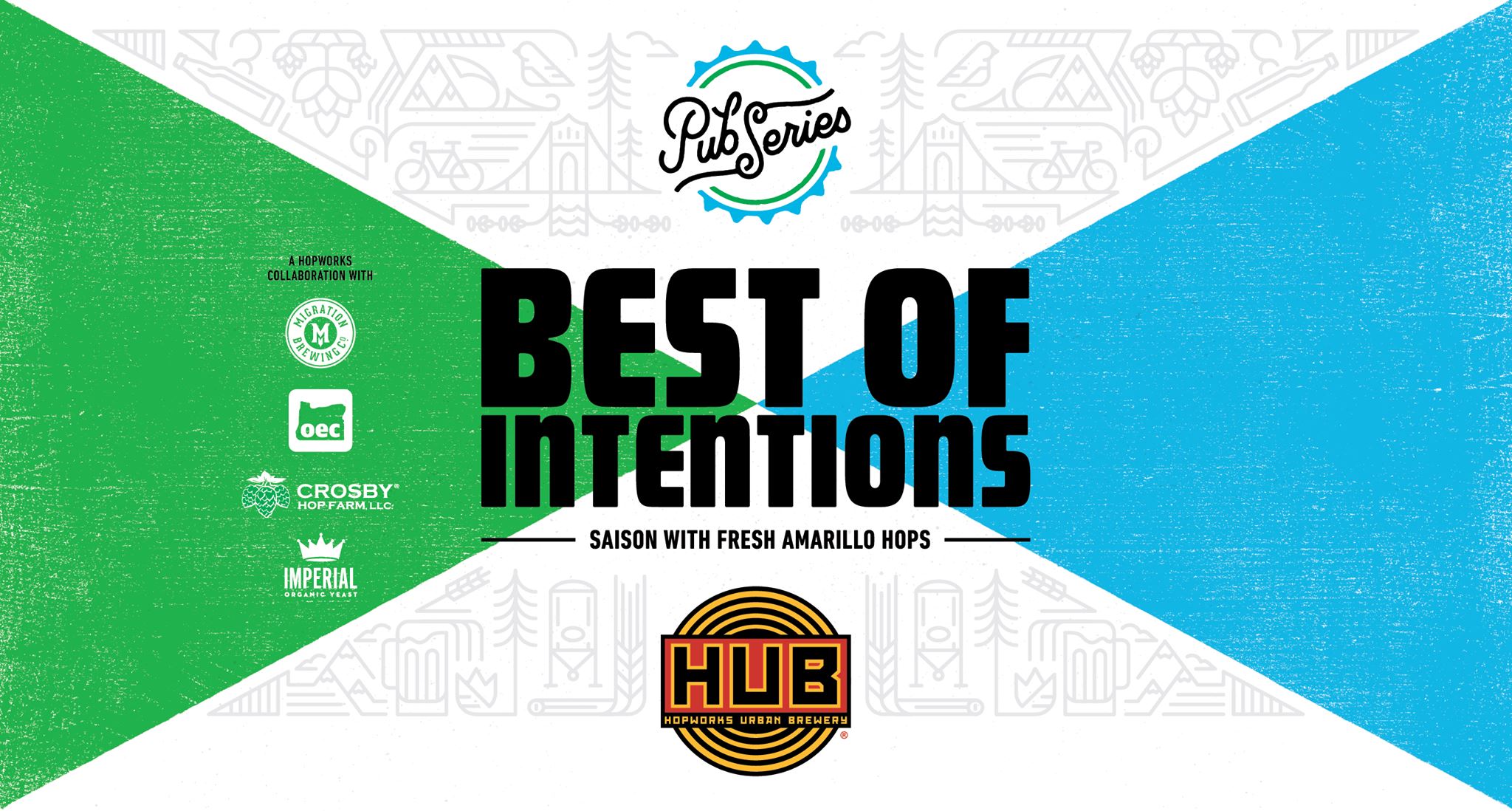 When it comes to environmentalism craft breweries portray an image of environmental stewardship. However, when it comes to the brewing, packaging and shipping of its beer, breweries can use a lot of natural resources to get this all accomplished. This is when the Oregon Environmental Council and its Emerging Leaders Board stepped into collaborate on a low carbon beer with Migration Brewing and Hopworks Urban Brewery. The result is Best of Intentions Saison brewed with fresh Amarillo hops.

The OEC Emerging Leaders Board is an Under 40 Advisory Board to the OEC. On Tuesday, September 27 from 4:00 to 7:00pm, it will converge upon Migration Brewing to tap Best of Intentions Saison. Brewed in conjunction with Crosby Hop Farm, Imperial Yeast and Hopstories, Best of Intentions will raise funds that will benefit OEC’s work to act on climate. Migration brewery will continue to feature the low-carbon beer on tap at it’s NE Glisan location until this limited release runs out.