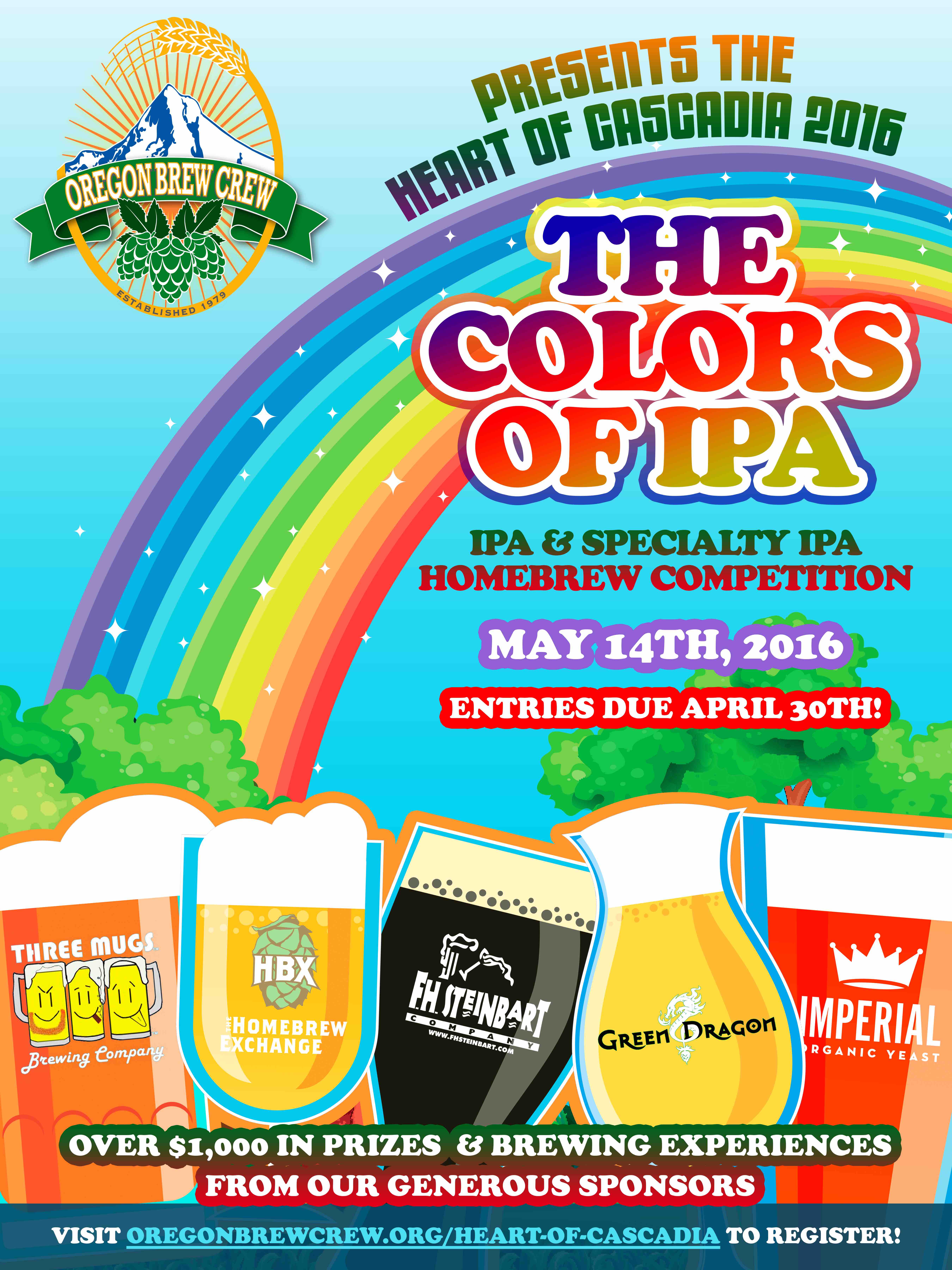 One of the country’s oldest and largest homebrew clubs, Oregon Brew Crew, is set to host its 4th Annual Heart of Cascadia – The Colors of IPA on Saturday, May 14 at the Green Dragon. The event will feature a BJCP-style homebrew competition focused on the new Specialty IPA categories released in the 2015 style guidelines. These IPA styles include White IPA, Red IPA (Northwest Red), Brown IPA, Black IPA (Cascadian Dark Ale), Rye IPA and Belgian IPA as well as standard American IPAs. Winning entries will have the chance to be brewed and released to the public (exact details TBD) plus other prizes worth over $1,000.

Back in 2013 Heart of Cascadia was born as a style competition focused on two Pacific Northwest beer styles that have taken root is this region, Cascadian Dark Ale and Northwest Red Ale. The Oregon Brew Crew (OBC) is looking for homebrewers to expand their IPA horizons and add a little color! For 2016 the OBC are embracing the new 2015 style guidelines and opening up the competition to the entire American IPA and Specialty IPA category. While the standard American IPA is being accepted and judged equally, the hope of the OBC is to receive entries from the entire specialty IPAs outlined below.

Black IPA (Cascadian Dark Ale)
The hop character of an IPA combined with the dark color of a porter. Roast character from the dark malts can be present but much more subdued than a stout or porter, the hops still take center stage. Local examples include Deschutes Hop in the Dark, Widmer Pitch Black IPA.

Brown IPA
A hoppier version of American Brown Ale. Retains the light body and drinkability of an IPA without getting too heavy or sweet. Some fruity and toasty malt character will be present and accent the hops. Examples include Dogfish Head Indian Brown Ale.

White IPA
An IPA brewed in the style of a hoppier Belgian Wit with the additions of wheat to the grain bill and sometimes spices and orange peel. Lighter in color and body than a traditional IPA and sometimes hazy from the wheat. Local examples include Deschutes Chainbreaker. 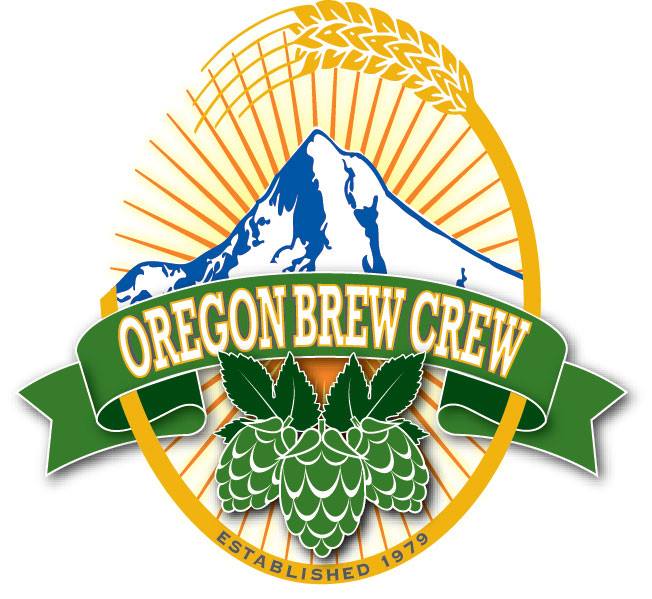 Additionally, entrants will be required to specify session, standard or double strength on each 21B entry. Note: Imperial/Double IPAs will be accepted in 21A even though they are technically part of American Strong Ale. However they will be judged against all the standard American IPAs.