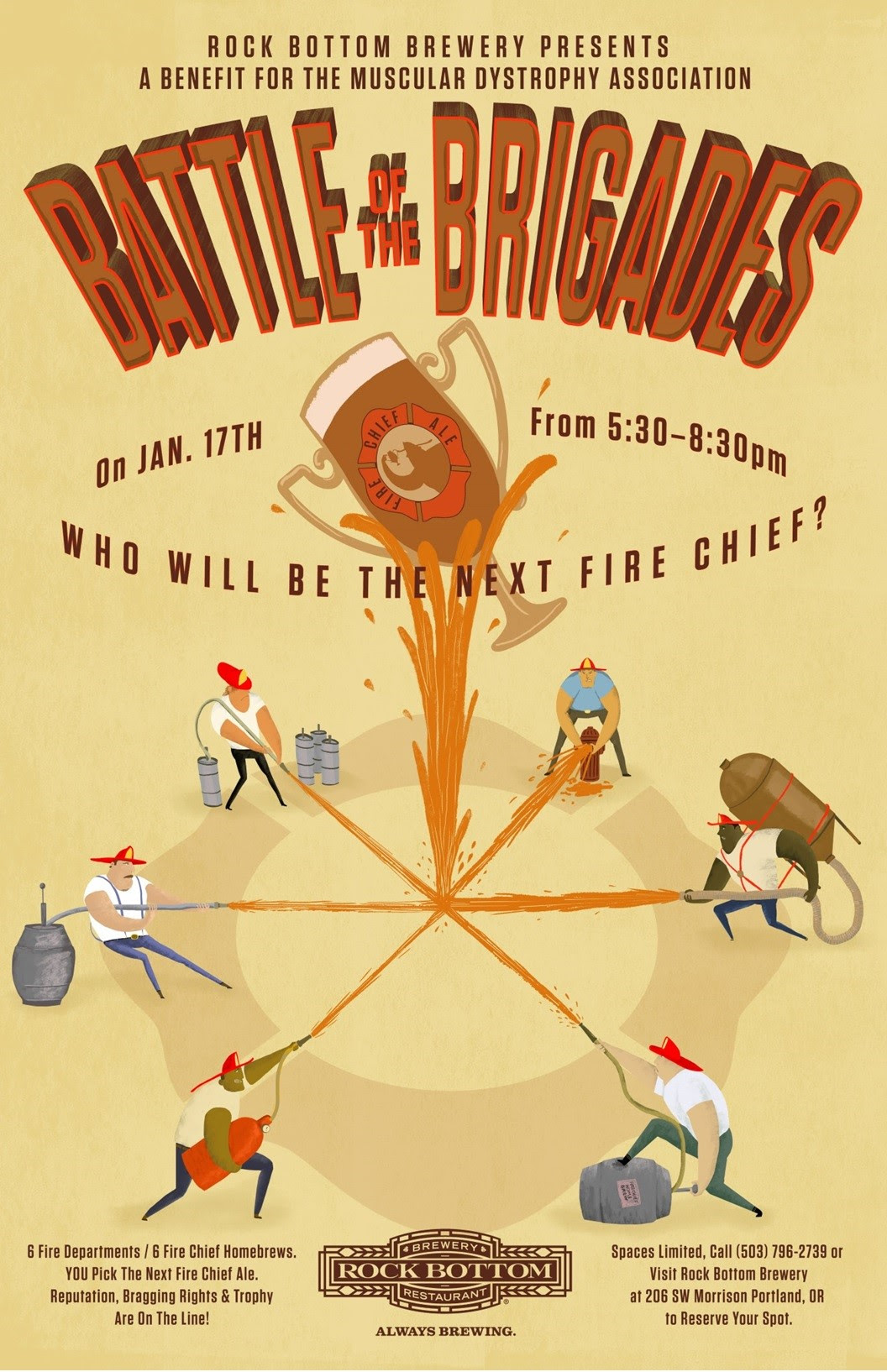 Rock Bottom Brewery in Portland will host the 2019 Battle of the Brigades, a showcase of area firefighter’s homebrew recipes. Five local firefighters will have their version of a Red Ale on tap raising money for the Muscular Dystrophy Association (MDA).

Each March, Rock Bottom Brewery’s from across the country brew its version for Fire Chief Ale that raises funds for the MDA. This year you will be able to help decide which recipe will be brewed from one of the five homebrewed recipes from a firefighter from Portland, Hillsboro, Clackamas, Vancouver and Tualatin Valley.

On Thursday, January 17th from 5:30-8:30pm, stop by Rock Bottom in downtown Portland and order a flight of all five beers for $10.00 that sees 100% of the proceeds benefitting Muscular Dystrophy Association. Each flight will come with a score card and you will get to decide the winner.

Hillsboro Fire’s own Firefighter Sam Scott will be defending the title form our first annual contest! Not only will the winner receive bragging rights, but a trophy to keep at his or her station and the winning beer will be the recipe for the 2019 Fire Chief Ale!

The winner of this competition will receive our trophy and their winning recipe will become 2019 Fire Chief Ale, to be tapped the beginning of March.