PORTLAND, Ore. – April 14, 2015 – Widmer Brothers Brewing today announced a $10 million investment to expand its brewery on North Russell Street in Portland. The expansion will increase annual production capacity of Oregon’s largest brewery by 200,000 barrels (BBL) to 750,000 BBL. The entire expansion project, which includes significant brew house enhancements and a new innovation brewery, is expected to be completed by early 2017. 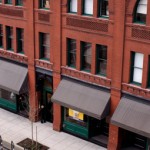 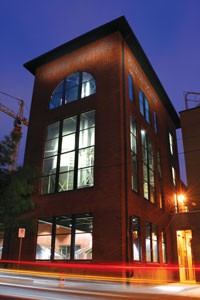 This sixth expansion is not only significant for Widmer Brothers but also for the beer industry in Portland, a city that has become the epicenter of American craft beer over the last 31 years with the help of brewery co-founders Kurt and Rob Widmer. The additional 200,000 BBL in brewing capacity represents over 12 percent of the 1.6 million barrels of beer produced by all Oregon breweries in 2014, and will allow Widmer Brothers to maintain its position as a leader in the craft beer community while contributing materially to the remarkable growth of the Oregon beer market.

The decision to add capacity in Portland builds on the recent resurgence of Widmer Brothers’ flagship Hefeweizen, which grew shipments approximately nine percent in Oregon in 2014, as well as continued momentum for Widmer Brothers Upheaval IPA and its new session-style Replay IPA. Launched in 1986, Hefeweizen is the top-selling craft beer in Oregon, and sales are growing, particularly in the Northwest. The expansion will allow the brewery to meet consumer demand and brew more beer for Oregonians and fans across the country and globe.

As part of the expansion project, Widmer Brothers is also building a new state-of-the-art 10-barrel innovation brewery and a tasting room for brewery tours adjacent to its pub on North Russell Street in Portland, to be completed by the end of 2015. The new innovation brewery will continue the work of Widmer Brothers’ pilot brewery, which has been producing specialty small-batch beers and used for research and new product development for more than 20 years.

“We are extremely excited about the opportunity to continue expanding in our hometown,” said Rob Widmer, co-founder of Widmer Brothers Brewing. “For 31 years in the brewing business, Kurt and I have prided ourselves on smart growth, investing in building this great community, and always focusing on quality above all else. We feel that by keeping our expansion within our current footprint and bringing the pilot brewery to the main brewery campus, we will do just that: make more, quality beer and continue to innovate.”

To expand capacity within the current footprint, the brewery is adding new fermenters, bright beer tanks, and a second filtration line, as well as extending existing tanks to increase cooling capacity. Additional enhancements throughout the brew house are being made to increase production efficiency and leverage new innovations in wastewater treatment and energy recovery, as part of Widmer Brothers’ commitment to sustainability.

The expansion of the Widmer Brothers brewery in Portland will also offer flexibility to support the continued growth of other brands within Craft Brew Alliance (CBA), an innovative brewing company and business model that launched in 2008 with the merger of Widmer Brothers Brewing and Woodinville, Washington-based Redhook Ale Brewery.

About Widmer Brothers Brewing
Widmer Brothers Brewing was founded in 1984 in Portland, Ore. Brothers Kurt and Rob Widmer, with help from their dad, Ray, helped lead the Pacific Northwest craft beer movement when they began brewing unique interpretations of traditional German beer styles. In 1986, Widmer Brothers Brewing introduced the original American-style Hefeweizen, which elevated the brewery to national acclaim. Since then, Hefe has grown to become Oregon’s favorite craft beer and the brewery has continued to push the boundaries, developing beers with an unapologetic, uncompromised commitment to innovation.

In addition to growing and nurturing distinctive brands rooted in local heritage, Craft Brew Alliance is committed to developing innovative new category leaders, such as Omission Beer, which is the #1 beer in the gluten free beer segment, and Square Mile Cider, a tribute to the early American settlers who purchased the first plots of land in the Pacific Northwest.

Publicly traded on NASDAQ under the ticker symbol BREW, Craft Brew Alliance is headquartered in Portland, OR and operates five breweries and five pub restaurants across the U.S. For more information about CBA and its brands, please visit www.craftbrew.com.