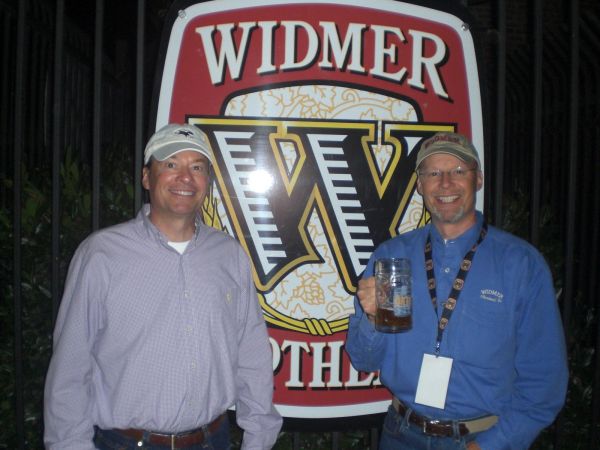 With more and more craft breweries opening across the country and even here in Portland, the biggest threat to each and every one is releasing beer that is less then desirable. Building and operating a Quality Assurance Lab is a challenging and large financial endeavor so many craft brewers forgo this option.

Fortunately for the craft brewers in Oregon, Widmer Brothers Brewing has continually opened its doors to its Quality Assurance Lab so that our local brewers can have its beers properly evaluated. With the upcoming Craft Brewers Conference to take place here in Portland, OR from April 14 – 17, Widmer is opening its lab for brewers from other parts of the country to have its beers evaluated.

Here is more from the Widmer blog:

As we prepare to welcome the brewing community to the best beer city in the world for the Craft Brewers Conference, we want to extend an invitation to brewers attending to have your beer tested by our team in our Quality Assurance Lab, free of charge.

As brewers and beer drinkers, we can all appreciate the importance of quality beer both for the success of our businesses and the continued growth of our industry. And we know that quality will once again be a hot topic at this year’s Craft Brewers Conference in Portland, OR, from April 14th to the 17th.

At Widmer Brothers, we have an entire team of people dedicated to quality and one of the most sophisticated testing laboratories in the country to help ensure that each beer we brew is as good as the next.

While we’re committed to brewing quality Widmer Brothers beers, we are also committed to helping other brewers brew world-class, quality beers as well. It’s not uncommon for us to test beer from other breweries in Oregon. And we’re happy to do it, because it means better beer for everyone.

If you are a brewer attending this year’s Craft Brewers Conference in Portland who might be experiencing some sort of quality issue with your beer, please send us an email at rob@widmerbrothers.com and describe your specific problem and how we might be able to help. We will respond and give you instructions on submitting beer to put through or Quality Assurance Lab.

We look forward to seeing you in Portland. Prost! To quality beer!

*Disclaimer:
Our team will work to accommodate as many test requests as possible. However, there are limits to the number of tests we can process before the Craft Brewers Conference in April. We will respond weekly to the requests received and confirm whether or not we are able to accommodate each request. While our goal is to help with all requests and questions, our ability to fulfill each request will be dependent on the number of requests we receive.

Thanks for your patience and we look forward to seeing you in Portland!