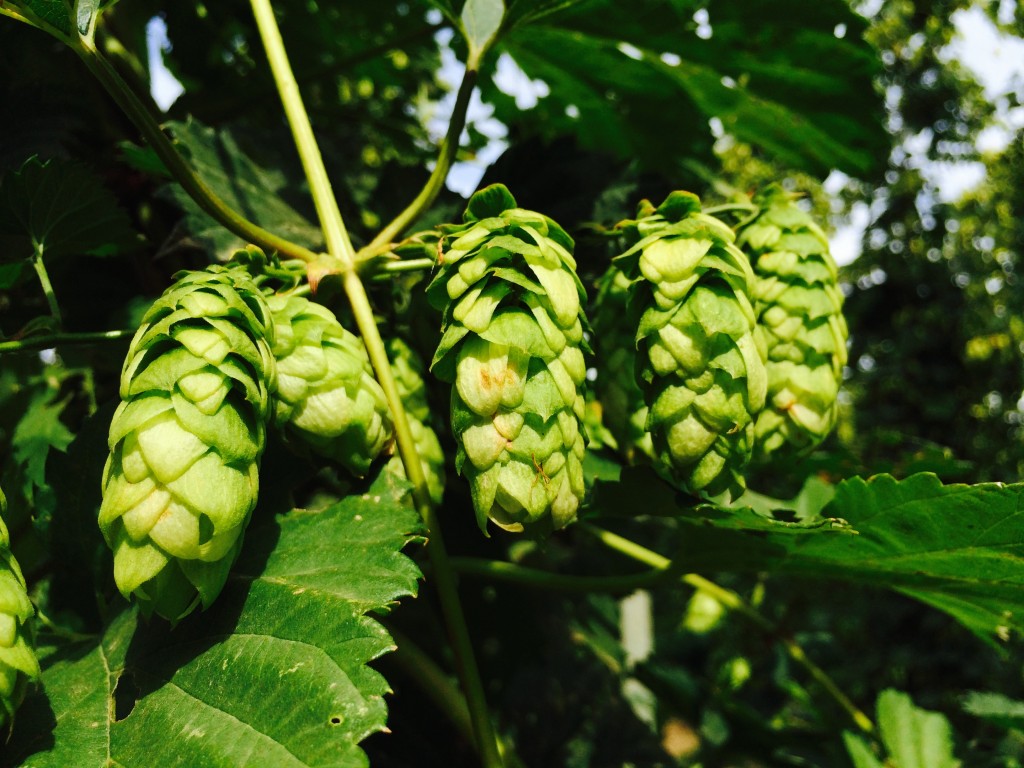 After spending the past few weeks insinuating that the not-for-profit trade association intends to purchase Anheuser-Busch InBev via its Take Craft Back campaign, today the Brewers Association (BA) took a positive step forward announcing a new hop breeding program. Supported by dues paid by member craft breweries, the Brewers Association announced its support for this new program that will assist in expanding hop farming here in Oregon and Washington.

The BA that is dedicated to small and independent American brewers has announced an agreement with the United States Department of Agriculture-Agricultural Research Service (USDA-ARS). This agreement will fund a publicly financed hop breeding program to assist in establishing a disease resistant aroma hop cultivars into the public domain for hop farmers in the Pacific Northwest. The trust agreement between the Brewers Association and USDA-ARS provides funding for a program located in Washington and Oregon to leverage significant existing academic and operational infrastructure.

Here are further details from the Brewers Association’s press release…

“Public hop breeding creates benefits for a broad range of groups within the hop and brewing industries,” said Chris Swersey, supply chain specialist for the Brewers Association. “Research to develop and release hop cultivars with no intellectual property protection ensures that all growers have access to high quality, disease-resistant cultivars they need to sustain production at levels required by brewers. In the long-term, this important program will fuel efforts of existing legacy growers as well as nascent hop growing industries throughout the U.S. The program will also fulfill an essential stewardship strategy by providing foundational germplasm for public and private breeding programs. Even the smallest brewers will be able to source ingredients they need to produce that truly local pint.”

“The United States is globally recognized as a diverse and innovative driver in the brewing scene. The significant growth of the craft brewing sector has its foundations in the lavish use of flavorful, publicly bred American hops. Brewers strongly support all efforts to strengthen these vitally important, long-range programs,” said John Mallett, director of operations of Bell’s Brewery Inc., and chair of the Brewers Association technical committee. “A vibrant and steady public breeding program will jointly benefit growers, hop merchants, brewers and beer drinkers alike.”

The U.S. hop and brewing industries are experiencing unprecedented expansion, and currently support over 360,000 jobs and is valued at $33 billion. This growth has created strong demand for new and existing hop varieties nationwide. Concurrently, chronic loss and isolated catastrophic loss from pests and diseases have increased because of the lack of broad spectrum, durable resistance in the varieties demanded by the market place. The net impact is disease management costs and crop damage that approach 15 percent of total crop value, destabilization of critical supply chains and lost export opportunities.

“Public sector development of new hop varieties that combine disease resistance and improved brewing quality are needed to sustain the expansion of crop production and meet the increased demand for high quality hops,” said Ryan Hayes, research leader of the Forage Seed and Cereal Research Unit. “Support from the Brewers Association is instrumental in helping the USDA meet this goal.”

“The BA’s funding of public hop breeding, structured through the USDA, will allow development of germplasm that serves all growing regions with viable disease resistant varieties. The Hop Research Council will now have a secure base that we can work with to add value to all segments of our members,” said Fred Geschwill, president of the Hop Research Council. “Having been involved in the public breeding effort for the last decade, I can honestly say this is the most exciting development the program has ever seen.”

“The hop grower community has had a long association with public hop breeding and genetics programs. Due to declining federal and state support of research in recent years, these programs have become increasingly difficult to maintain without infusion of private support. The Brewers Association’s leadership will take this program to the next level and make it a reality,” said Ann George, executive director of Hop Growers of America and the Washington Hop Commission. “This a phenomenal step forward for the U.S. hop industry to maintain and expand programs as we move into the future.”

With the agreement signed, the USDA will move forward to hire a professional breeder and an operating partner facility will be secured.