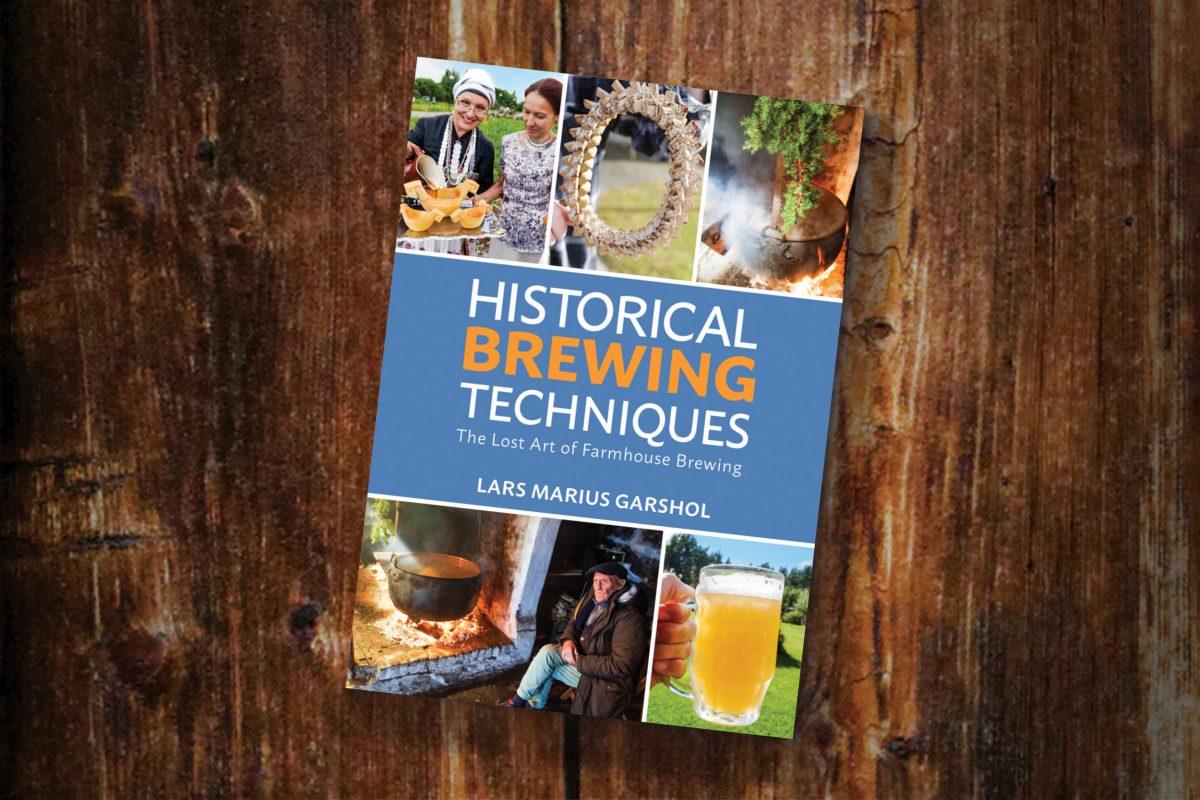 Boulder, Colo. • April 6, 2020 — Historical Brewing Techniques: The Lost Art of Farmhouse Brewing, the latest release from Brewers Publications®, explores ancient brewing traditions and practices that originated in remote areas of northern Europe, including approaches being revived by today’s craft brewers. Written by Lars Marius Garshol, a Norwegian software engineer who has spent half a decade researching various aspects of brewing at remote farmhouses throughout Scandinavia and the Baltic countries, the book brings readers along for a journey that is equal parts history, cultural anthropology, social science, and travelogue, all through the lens of beer.

In the book, Garshol writes about uncovering kveik, an unusual strain of yeast, which has diverse and appealing properties, such as tolerating a wide variety of temperatures and fermenting beer to completion in just 36 hours. Garshol’s work documenting the yeast has spurred today’s suppliers to sell multiple strains of kveik in the U.S. and has inspired craft brewers to experiment with brewing Norwegian farmhouse ales and India Pale Ales made with kveik. Kveik continues to become more popular, experiencing a renaissance in the American craft beer market, among homebrewers and professionals alike.

“‘Farmhouse ale’ is a term used by many yet understood by few. Lars Garshol is one who gets it, and he shares his wealth of knowledge in this book,” said Stephen Beaumont, co-author of The World Atlas of Beer and author of Will Travel for Beer. “It’s not a beer style guide, but rather a fascinating look into the myriad ways beer was made prior to industrialization. It’s a compelling read for brewers and beer aficionados alike.”

Brewers Publications supports the mission of the Brewers Association by publishing books of enduring value for amateur and professional brewers, as well as titles that promote understanding and appreciation of American craft beer. With over 60 titles to choose from, it’s the leading publisher of contemporary and relevant brewing literature for today’s craft brewers, homebrewers, and beer enthusiasts.