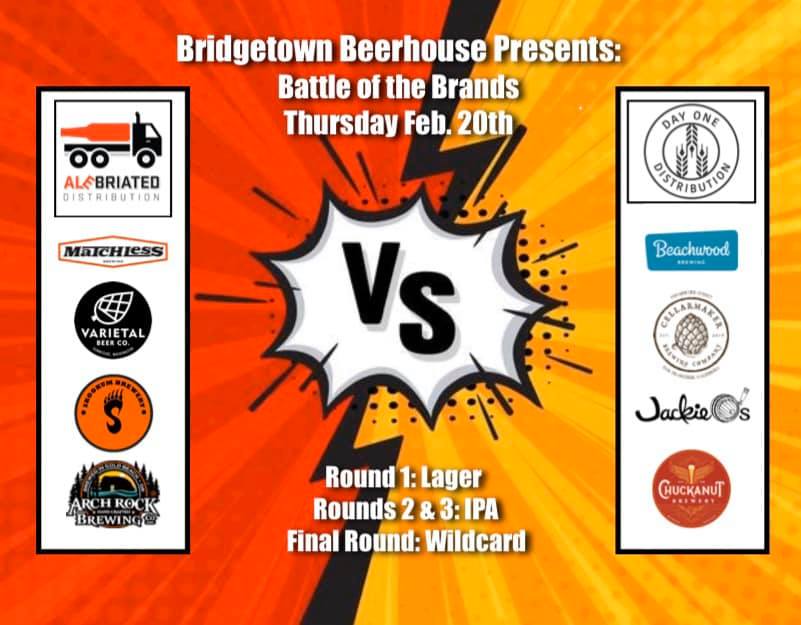 Two of Oregon’s smaller beer distributors will come together for an evening of fun when Bridgetown Beerhouse presents Battle of the Brands! Alebriated Distribution vs. Day One Distribution.

On Thursday, February 20th from 3:00-8:00pm, Bridgetown Beerhouse will host 4 rounds of blind tastings that will feature beers distributed by Alebriated Distribution and Day One Distribution. There will be the following rounds in this heated battle to prove which distributor has the fan favorites.

Each round you get a half pour of each beer and vote for your favorite. Bridgetown will tally the votes around 7:30 and will hopefully declare winner at 8:00pm. Sounds like a fun challenge!