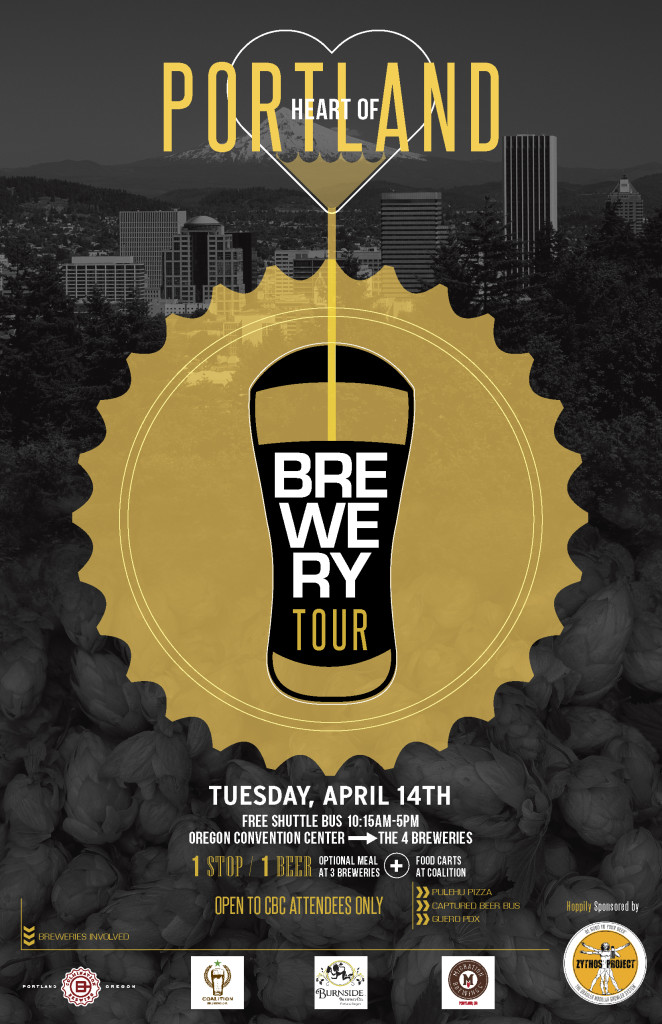 This event is open only to CBC Attendees and at each stop you will receive a tour of the brewery and a beer. Also at each stop attendees will have the opportunity to purchase a meal.

Burnside and Migration have brewpubs on site, Culmination will have the Culmination Kitchen open and 100 feet from Coalition is the Pod 28 Food Cart Pod and three Food Carts have agreed to be open for your business – Güero PDX, Captured Beer Bus and Pulehu Pizza Food Cart.

Beer, Food Carts, and Breweries — this tour will truly show you the Heart of Portland!

Many thanks to Zythos Project for helping to sponsor this event! You will be able to check out their wonderful Brauler beer growler at Culmination. The free shuttle service is being provided by Eat Adventures Food Tours.

There is no cost to attend this tour and is only open to CBC attendees.