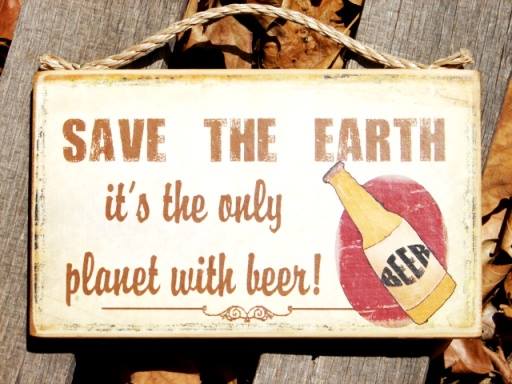 What is better on the environment, cans, bottles or kegs? Many in the craft beer community attempt to be a conscientious steward of the earth. Some actions are better than others but any positive action is a step in the right direction.

On Thursday, August 27th, Saraveza will team up with Hopworks Urban Brewery, New Belgium Brewing Company and Sierra Nevada Brewing Company to host an evening dedicated to sustainability in brewing with its event, Drink Sustainably. The event will run from 6:00 to 9:00pm.

The steps that it takes to get a pint, bottle or can in your hand may have a negative impact on planet Earth. The three breweries being featured tonight are ones that have taken major steps in reducing this environmental impact. All three are developing new practices every day to ensure that its product remains of the highest quality with the lowest footprint.

Saraveza will be pouring samples from cans and will offer the following selections on draft.

Arrive with some questions, as Saraveza will have sustainability experts and staff from the all three breweries on hand to provide information and hear your ideas about what it means to brew on a large scale with a low impact.