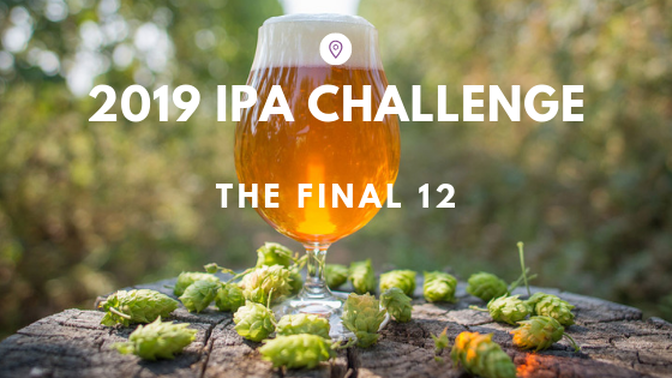 As we count down the days until the New Year, the folks at the Hawthorne Hophouse return with the annual IPA Challenge. This friendly competition of choosing the best IPA from Oregon will begin on January 2, 2019 and continue through the end of the month.

Over the past few weeks the Hawthorne Hophouse had its patrons vote on an online poll that included 36 of the best selling IPAs in the Beaver State. From there the top 12 have been determined and now you can do your civic beer duty and vote beginning on Wednesday, January 2nd. A taster flight of all 12 IPAs will be $15.00.

During this polling Hawthorne Hophouse received over 1,000 votes. Now it’s our turn to determine the best IPA by ordering a taster tray of all 12 and conducting a blind tasting of these hopcentric beers. The winning IPA will become a permanent tap handle for the rest of 2019 at Hawthorne Hophouse.

That’s a pretty good list of IPAs. If your taste buds are up to this challenge there will be prizes for those that correctly identify 6 or more out of 12 blind taste tests correctly.

And if you’re a fan of turbid IPAs, look for the new Hazy IPA Challenge coming to Hawthorne Hophouse this summer!