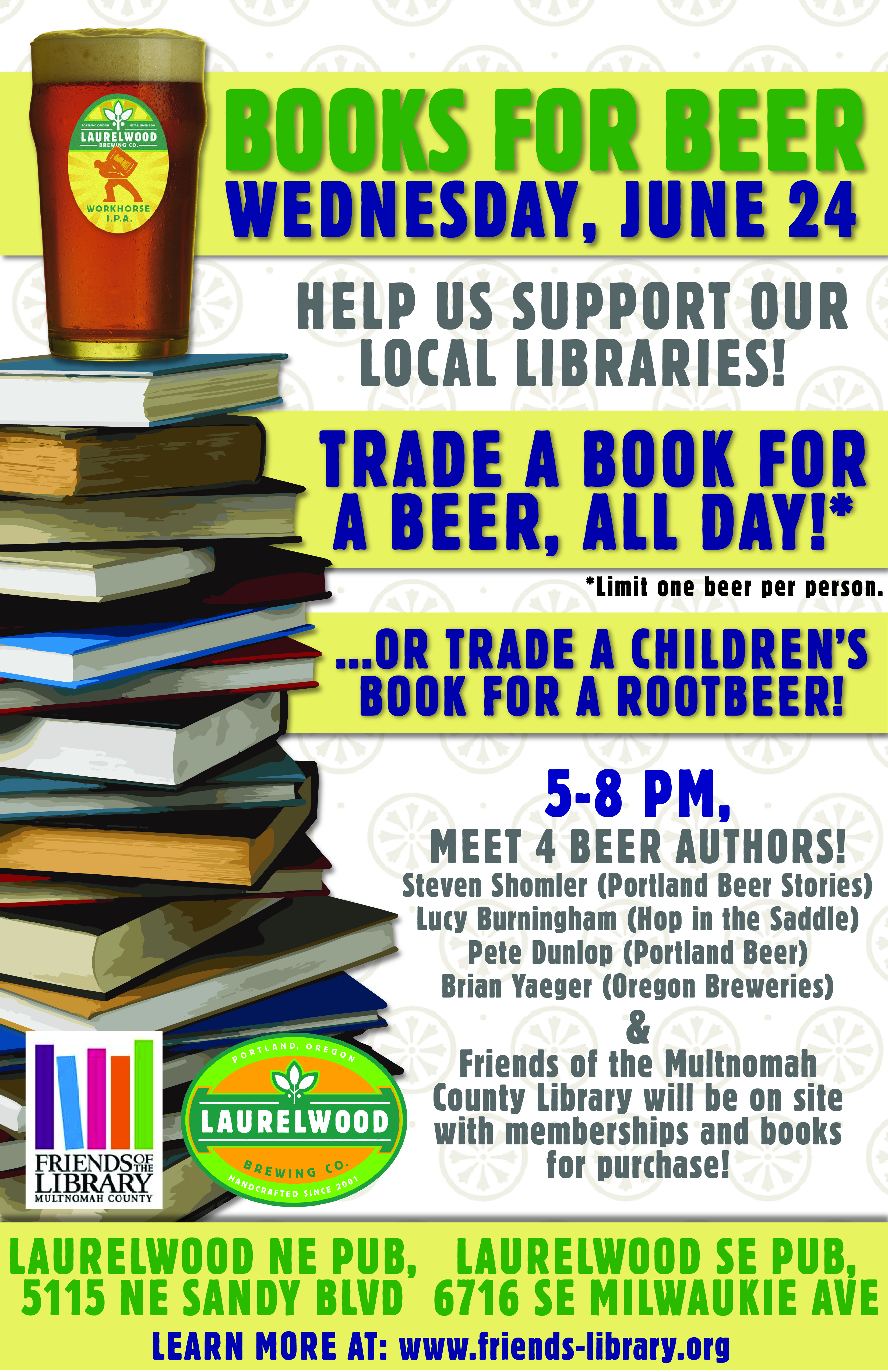 Who says there is never such a thing as a free beer? Swing by either of the Laurelwood Brewing locations in Portland on NE Sandy or SE Milwaukie and donate a book to receive one free pint during Laurelwood’s Books for Beer Day. Yes, on Wednesday, June 24th both Laurelwood locations will be handing out one free pint for turning in book that is in good condition all day long.

From 5:00 to 8:00pm Friends of the Multnomah County Library will be on site at both pubs, with memberships and books for purchase. Also during this same time there will be four local authors of beer books selling and signing their books. The four talented local authors consist of the following.

Plus the kids can also get in on the action. Just have your little ones donate one of their old children’s books and they’ll receive a house-made root beer. But remember, only one free beer per person.