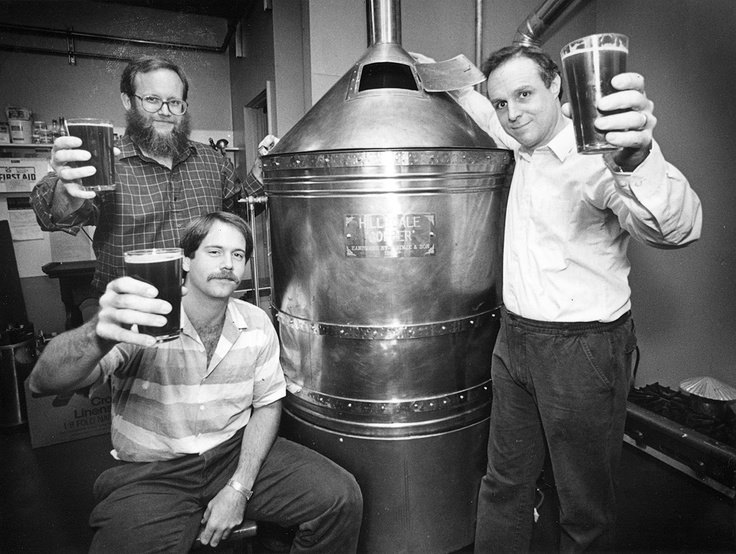 Oregon’s craft beer history has been taking shape over the past 30 years. This rich beer cultural history began when a group of individuals helped lead a new bill in Salem that would allow for the on site sale of beer. Prior to the bill being signed into law on July 13, 1985 a brewery could not sell its beer directly to the public. These early brewing pioneers were names that are now very famous today including Mike & Brian McMenamin, Kurt & Rob Widmer, Dick & Nancy Ponzi (Bridgeport founders) and Art Larrance and Fred Bowman (Portland Brewing founders).

Tonight, July 9th, McMenamins will be hosting these brewing pioneers at its Mission Theater in Northwest Portland for Pioneers In Oregon Brewing. Here one can listen to the original beer pioneers speak about Oregon Craft Beer history at the Mission Theater during Oregon Craft Beer Month. The featured guests include Brian McMenamin, Kurt Widmer, Dick Ponzi, Art Larrance & Fred Bowman.

We recently were able to chat with Brian McMenamin about what let up to SB 813 more commonly known as the Brewpub Bill to learn some tidbits about what was going on during this storied time in Oregon brewing history. The conversation also leads into what the future holds for the continually growing McMenamins Empire both here in Oregon and in Washington. 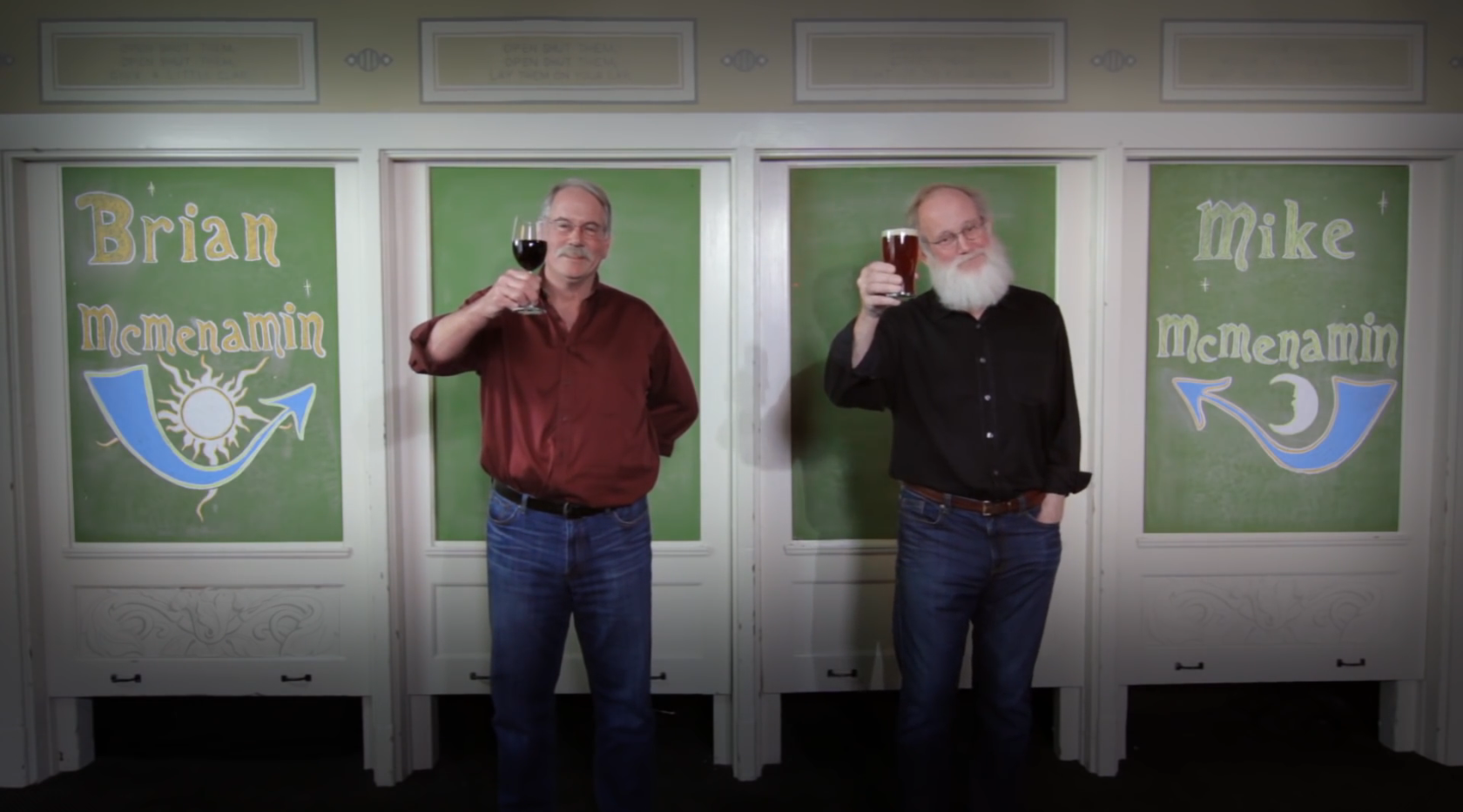 Thirty years ago you two were an integral part of the Brewpub Bill (SB 813) that opened the doors to what we have here in Oregon. At the time did you know that you would be part of this pioneering group to make Oregon a very special place for craft brewing?

We really had no idea where all this was going to go. At the time we had six or seven pubs and thought it would be great if we could brew our own beer in the back room and sell it out front. The microbrewery movement was just getting started and we were already serving some of the originals like Grants, Pyramid, Sierra Nevada, Red Hook, Widmer, Bridgeport, and Portland Brewery and people were enjoying the fact that it was fresh and relatively local. So it seemed natural to try to make our own. I don’t think anyone could have predicted what the small Brewery business would become.

What can you tell us about this time when the Brewpub Bill was being introduced in Salem?

We were pretty naive about the whole process to get a law changed down in Salem. Thanks to Dick and Nancy Ponzi, who had done some work there for the wine business, we had a small idea what we were up against. I remember chasing legislatures up and down the hallways trying to get a minute of their time to talk about the bill. You could never tell if anyone was generally interested in what we were talking about. The biggest surprise to me was all the back room dealings that we knew nothing about. Most of the time it felt like whatever we said didn’t really matter in the end. But after all said and done it did matter and we somehow got it through. It was a great learning experience. Like our dad always said, there are two things you never want to see made- sausage and laws. 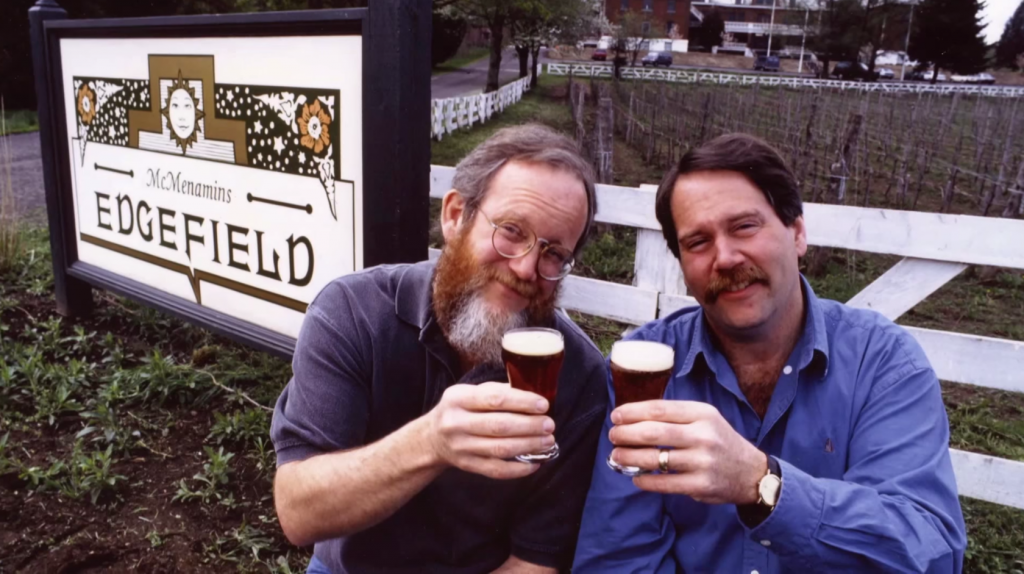 As with many of your contemporaries that helped kick start the craft beer movement many years ago, succession planning is becoming a major topic as we have seen with the sales of Full Sail Brewing and Elysian Brewing. Do you two have a succession plan in place at McMenamins?

Mike has his three children in the business and my son has also joined us. All the kids have shown an affinity for the business at one end or the other and that is awesome. It’s a fun family business and it’s great to keep it in the family.

With the latest addition of cider to the mix of beverages that McMenamins offers, will there be any other new beverages from McMenamins in the near future?

We added cider to our mix in 1992, our winery in 1990, our first distillery in 1998, and our coffee roastery about 15 years ago. We are always doing experiments with all of these and will continue to expand in all of them. There is never a dull moment when all these folks get together.

So later this year you will be opening up your new location, Anderson School in Bothell, WA. Then my understanding is that the Elks Lodge in Tacoma, WA is next up. What other future projects will we see from McMenamins?

We always have a lot of projects going on. We’re adding additional lodging at our location in Bend and a hotel to our property in Hillsboro- Cornelius Pass Roadhouse. Always have lots of remodels and little projects going on. That’s what makes it fun to continue to go to all the pubs because things are always changing. 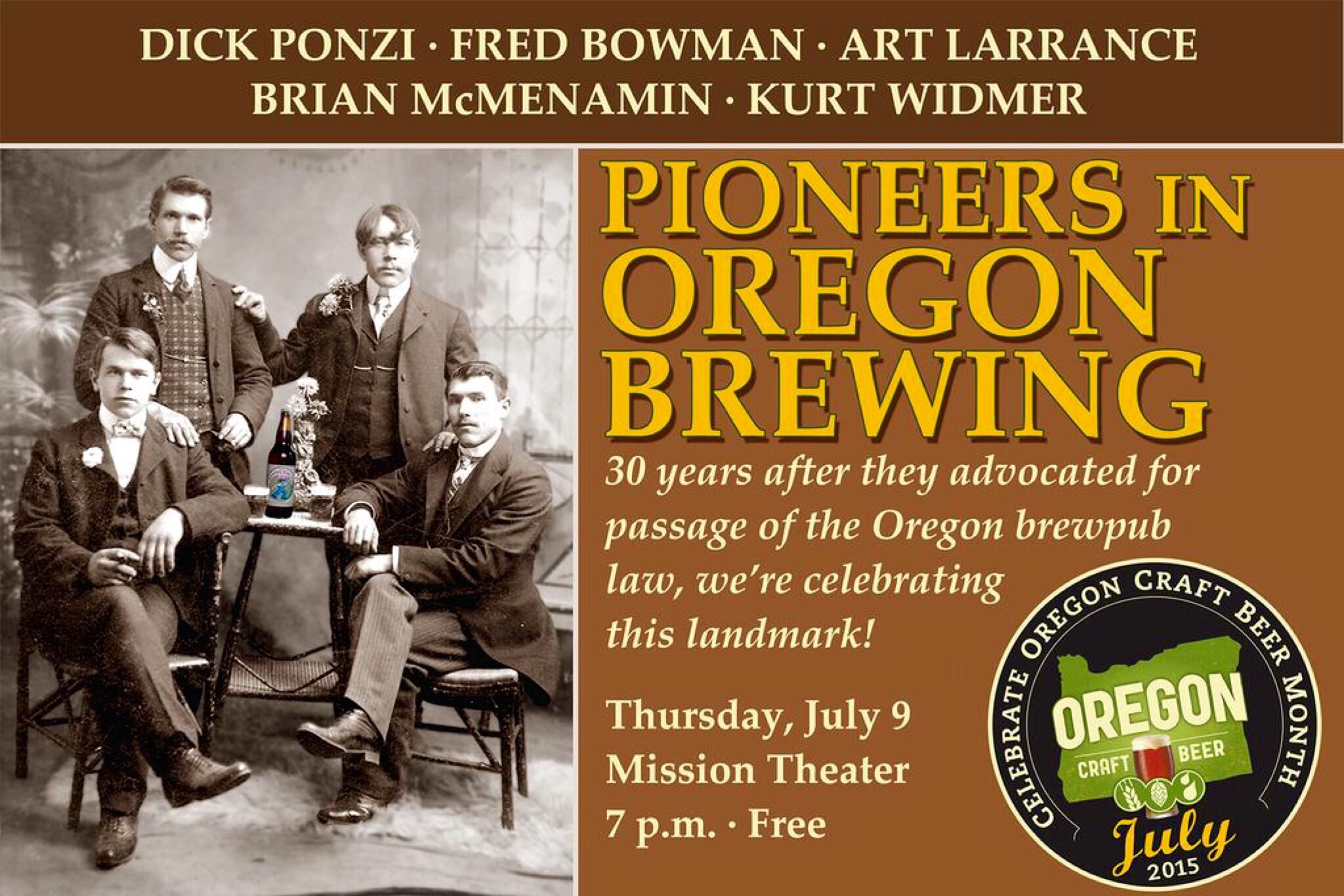 Make sure to attend tonight’s presentation of the Pioneers In Oregon Brewing. Here one can listen to the original beer pioneers speak about Oregon Craft Beer history at the Mission Theater. Pioneers in Oregon Brewing will feature Brian McMenamin, Dick Ponzi, Art Larrance, Kurt Widmer and Fred Bowman all talking about Oregon’s beer history. Birthday boy John Foyston will moderate the evening’s event. After this Q&A session the movie BEERVANA will be shown.

Crystal Ballroom Brewers will be on hand with a couple of beers to sample during tonight’s event.

Stephenweizen
The Stephenweizen is a brew brought to the Crystal Ballroom by our new brewer Stephen Harper. Stephen came to the Crystal Brewery from the McMenamins Oak Hills location where the StephenWeizen was a local favorite. The part that makes this ale so unique is the yeast. The strain used is called Weihenstephan. (One of the oldest yeast strains in the world) It produces flavors that include spicy clove and fresh banana. This Weizen has medium body but suspended yeast may increase the perception of body. The texture of wheat imparts the sensation of a fluffy, creamy fullness that may progress to a light, spritzy finish aided by high carbonation. This style is always effervescent and always satisfying.
Malts: Malted German wheat, Vienna, pilsner
Hops: Nugget, Sterling, Brewers Gold
OG: 1.052 TG: 1.009 ABV: 5.5 IBU:28 SRM: 7

Make sure to wish Mr. Foyston a happy birthday. We can all say Cheers to this!