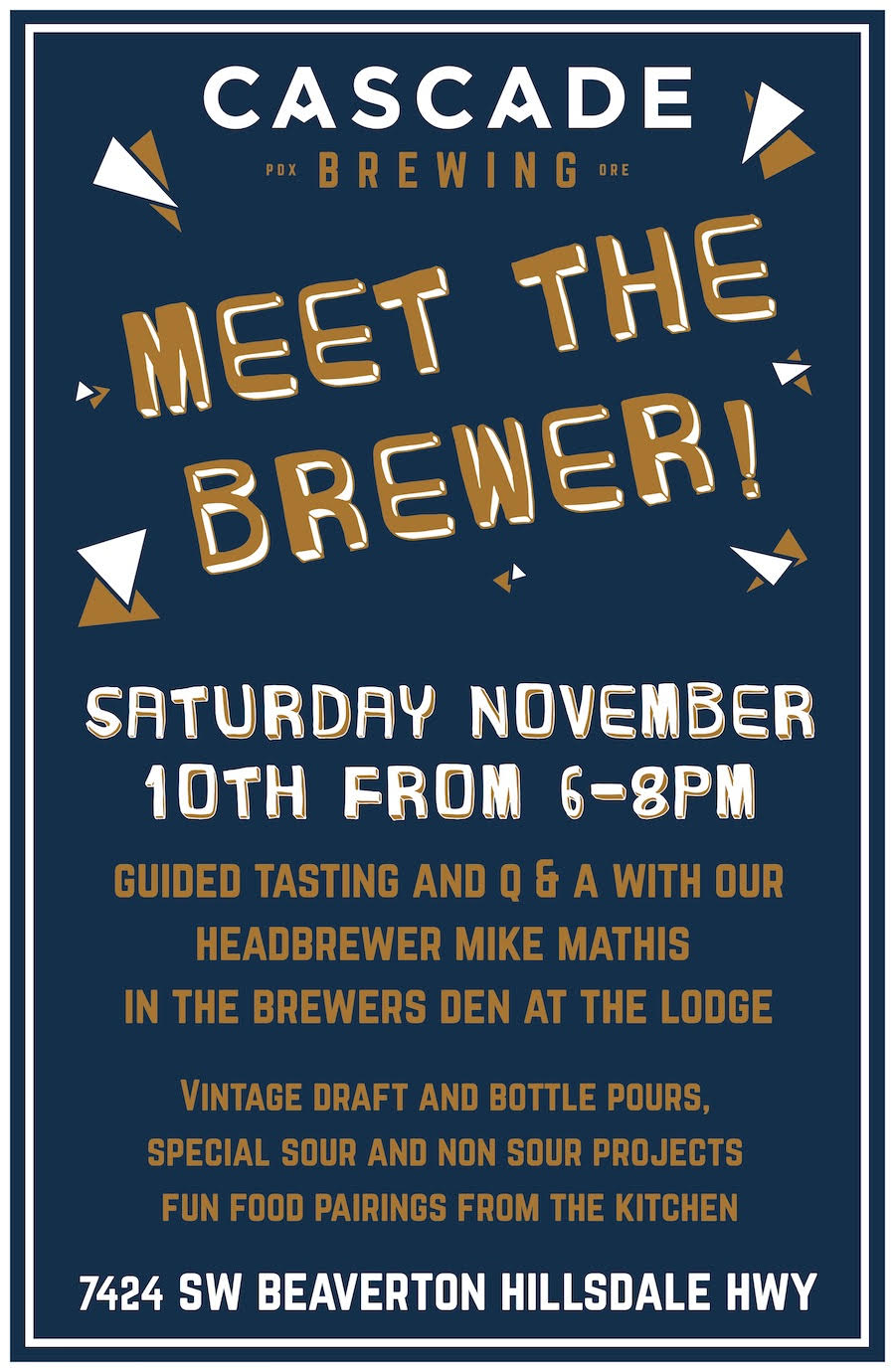 Held in the Brewer’s Den at the lower level at The Lodge, Mike will be holding shop from 6:00-8:00pm offering an evening of a Q&A session alongside a selection of vintage Cascade Brewing draft and bottle tastings, as well as tastings of special sour and non-sour projects. There will also be specialty food pairings by Executive Chef Alfredo Godinez.

The event is open to the public for those of legal drinking age with no cover charge.